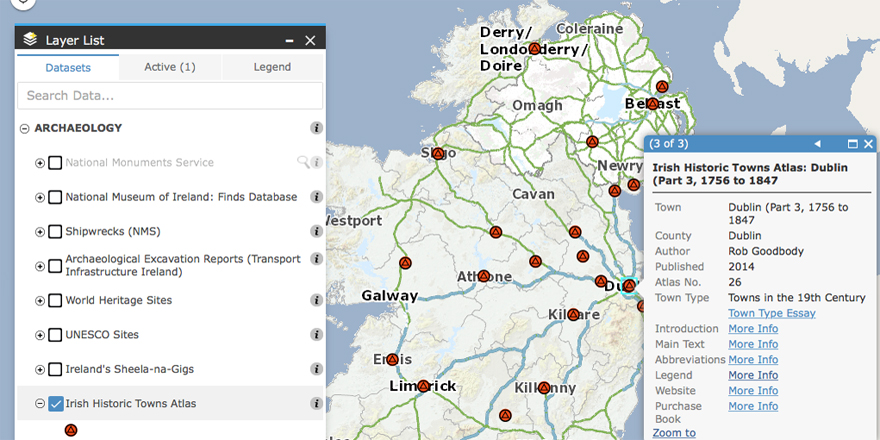 The collaboration between the Irish Historic Towns Atlas (IHTA) and the Heritage Council was celebrated this week with the launch of the IHTA Layer on HeritageMaps.ie and the Digital Atlas of Fethard as well as participating in the Dublin Festival of History 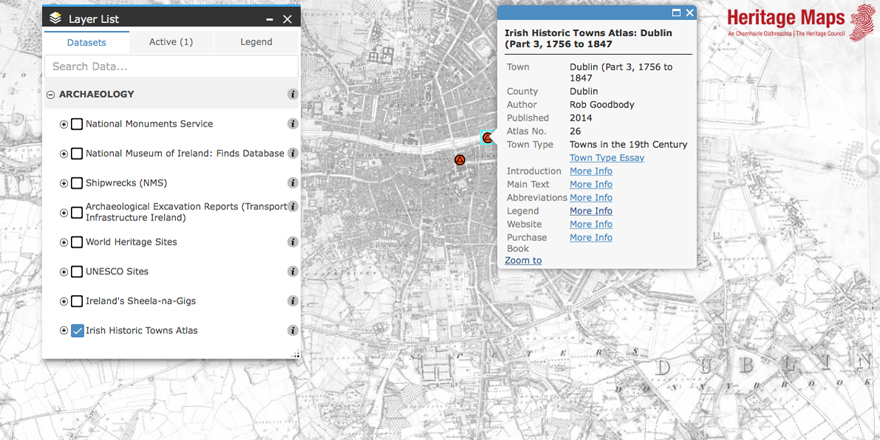 Sample of the IHTA layer on Heritagemaps.ie

The IHTA and the Royal Irish Academy were delighted this week to formerly launch the collaboration with the Heritage Council on two projects. As part of IHTA Online, no. 26 Dublin, part III, 1756 to 1847 by Rob Goodbody was made freely available online along with Jacinta Prunty's contextual essay on the 'town in the nineteenth century'. This atlas, alongside twenty-five other IHTA town fascicles are available to download and appear as a layer on HeritageMaps.ie. The Heritage Council also helped fund the Digital Atlas of Fethard, which was steered by Rachel Murphy and the Fethard Historical Society, where topographical information from IHTA no. 13 Fethard by Tadhg O'Keeffe was plotted using ArcGIS. Both resources are freely available online. 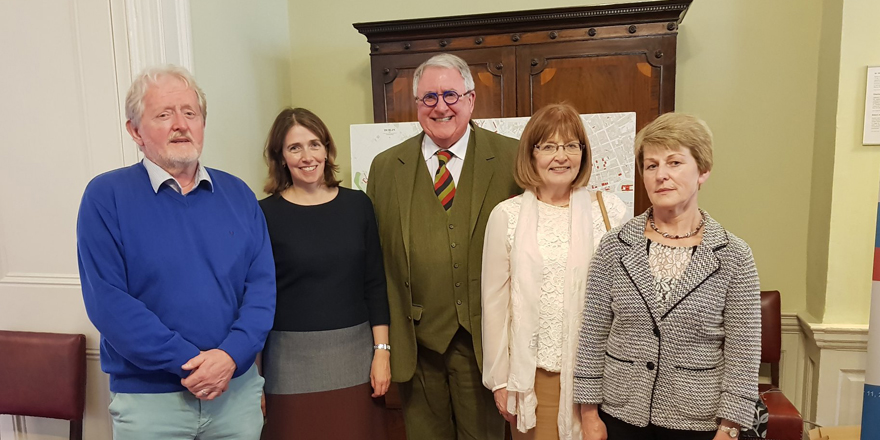 Members of the Fethard Historical Society

We were delighted to have Michael Parsons, Chairman of the Heritage Council, Beatrice Kelly, Head of Policy and Research to speak along with Howard Clarke of the IHTA and Mary Canning, Senior Vice-President of the Royal Irish Academy. Live demonstrations of IHTA Online, Heritage Maps and the Digital Atlas of Fethard were conducted by Jennifer Moore, Pat Reid and Rachel Murphy respectively.

The IHTA was also part of the Dublin Festival of History programme with Jennifer Moore delivering two booked-out workshops 'Behind the maps: navigating the Irish Historic Towns Atlas'. The cartographic and topographical development of Dublin was illustrated and hands-on examples were worked through. 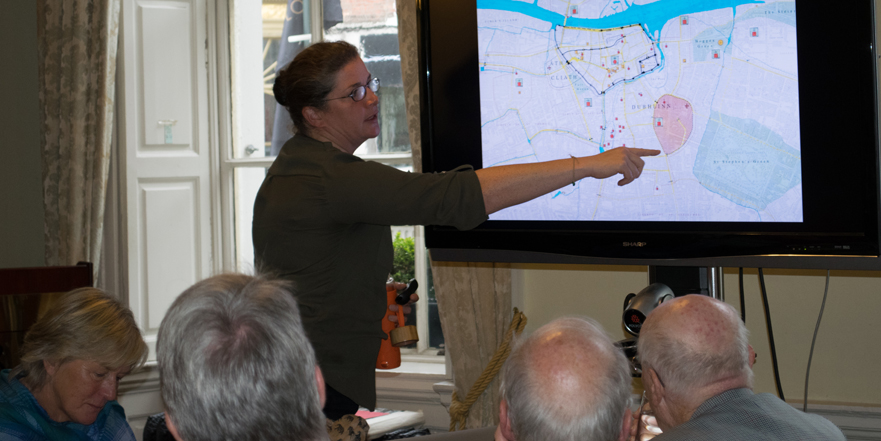 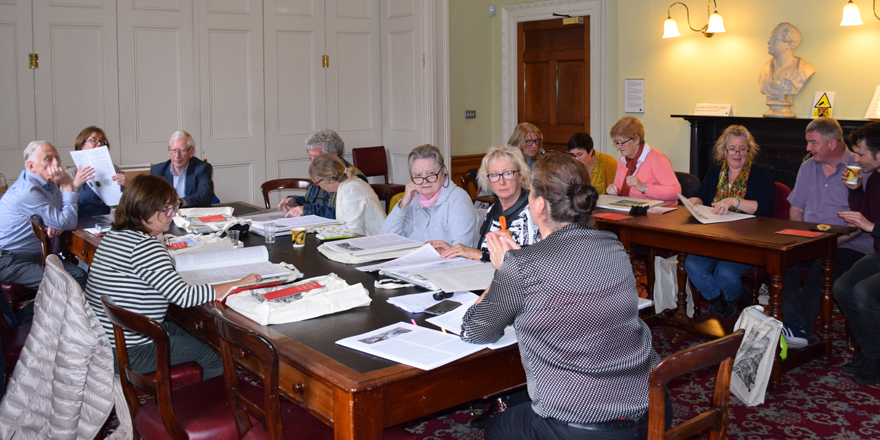 Jennifer Moore and paritcipants at both workshops