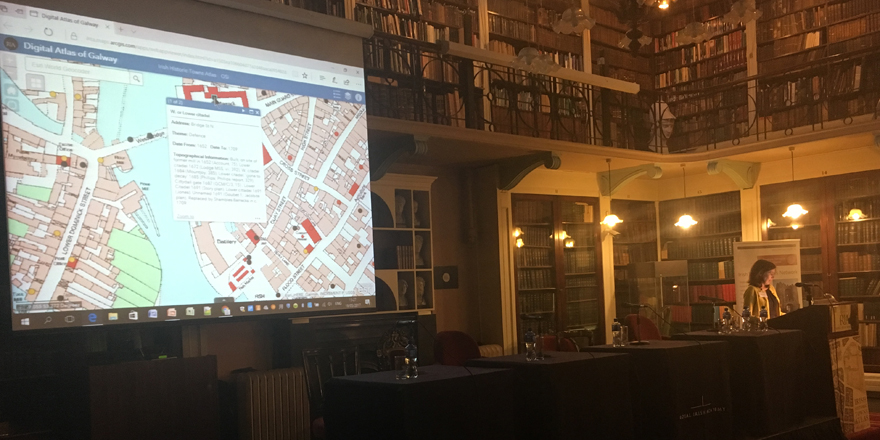 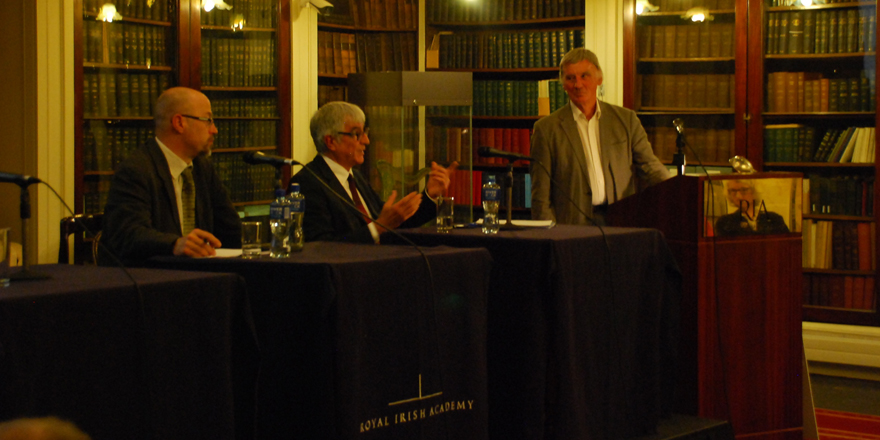 On Thursday 18 May 2017, Professor Roger Kain gave a public lecture, ‘Mapping Towns Through Time’, to officially open the IHTA Seminar 2017 that took place in Academy House the following day. Professor Kain, School of Advanced Studies, University of London, directed the British Academy research project ‘Catalogue of British Town Maps’ that has been accompanied by the publication of British town maps: a history (London, 2015). He guided the attendees through the various types of British town maps from early plans of Bristol in the late 1470s to the fire and insurance detailed maps of the late nineteenth century. Professor Keith Lilley, Queens University Belfast, responded to Kain and Professor Howard Clarke, formerly of University College Dublin, chaired the lecture. 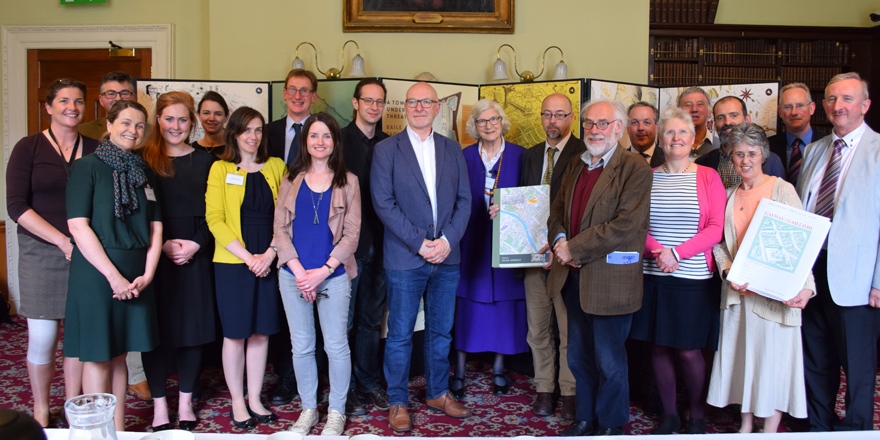 For a second year in a row, the annual seminar of the Irish Historic Towns Atlas was held in collaboration with the British Historic Towns Atlas/Historic Towns Trust (HTT) and was this year supported by the Irish Walled Towns Network of the Heritage Council.  With the focus on mapping, the sessions were divided into cartographic contexts where Arnold Horner (formerly University College Dublin), Jacinta Prunty (Maynooth University) and Nick Millea (Bodleian Library) spoke about surveys and maps as sources, Galway and Oxford town maps and townscapes respectively. In the afternoon the session focused on cartographic connections where Giles Darkes (HTT) and Keith Lilley spoke on the current practices and challenges for the British atlas scheme. Sarah Gearty (IHTA) and Rachel Murphy (IHTA) spoke on the current practices of the Irish scheme and the future directions with GIS (Geographical Information Systems). The plenary session comprised of an international panel of Colin Bray (Ordnance Survey Ireland), Eamonn Doyle (Esri Ireland), Anngret Simms (European Historic Towns Atlas), Daniel Stracke (Institute for Comparative Urban History, Münster). Michael Starrett (Heritage Council) summed up the panel discussion and closed proceedings for the day. 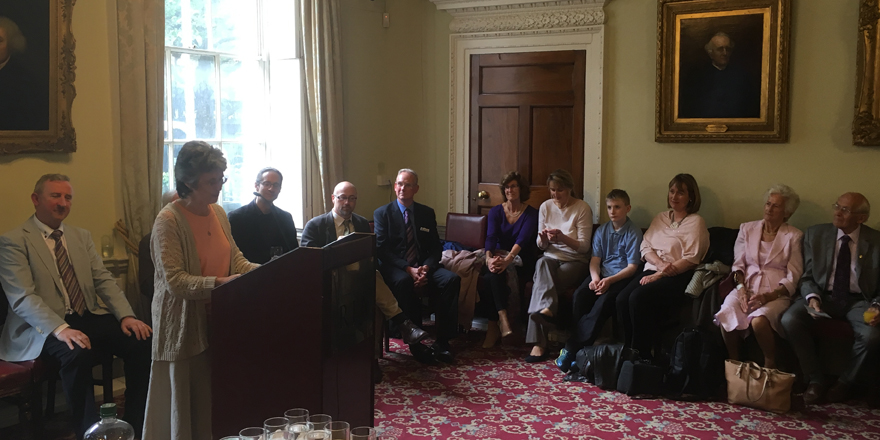 Jacinta Prunty speaking at the launch of Galway/Gaillimh

Colin Bray, Chief Executive and Chief Survey Officer of OSi launched Galway/Gaillimh by Jacinta Prunty and Paul Walsh in Academy House after the annual seminar on Friday 19 May 2017. Galway/Gaillimh is number 28 in the Irish Historic Towns Atlas series and was first published in late 2016 and launched in Galway by President Michael D. Higgins. Over 2,500 historic Galway sites are documented with over 30 maps of the Anglo-Norman town. The Academy launch marked the end of the annual IHTA seminar and was celebrated with delegates and family members of the authors. Galway/Gaillimh is available to purchase here and in all good book shops.