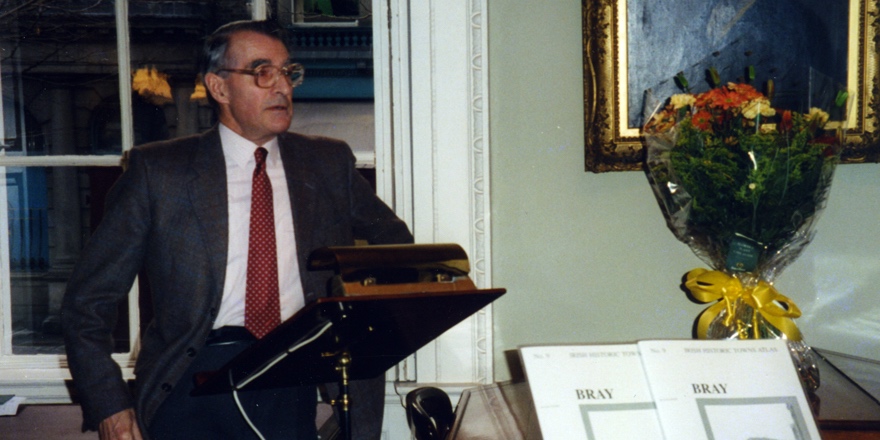 Arnold Horner delivered a lecture on John Andrews, MRIA and founding member of the Irish Historic Towns Atlas, on 17 November 2020 to mark the first anniversary of his death.

Over two hundred and seventy people joined us for the YouTube premier of 'Man, maps and map history: John Andrews, 1927–2019' by Arnold Horner, with a response by Keith Lilley. If you missed the event last night, you can watch it again here.