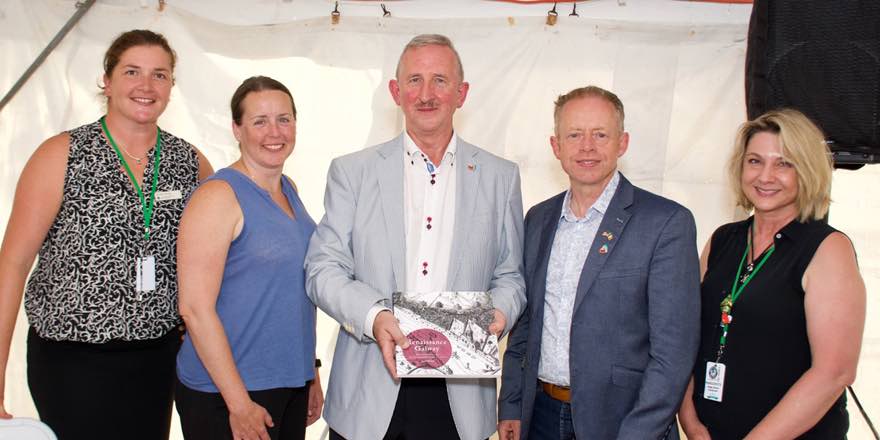 Renaissance Galway  is now available to buy in Ireland. There will be a launch in Galway in October 2019. Details to be announced soon.

The 39th Milwaukee Irish Fest has taken place in the Henry W. Maier Festival Park, a purpose built festival ground over 75 acres with 16 stages ranging from 25,000 to 2,000 seaters for musicians and dancers. There was a cultural village with exhibitions, hedge school, Gaeltacht, theatre and a literary corner. In all, over 120,000 visitors came to Irish Fest over the four-day festival that was run by over 4,400 volunteers.

This year Galway was the showcase with many representatives from Galway City Council and Galway 2020 who supported the Royal Irish Academy's Renaissance Galway publication. Paul Walsh delivered a lecture to the Hedge School and there was an exhibition on IHTA no. 28 Galway/Gaillimh by Jacinta Prunty and Paul Walsh. 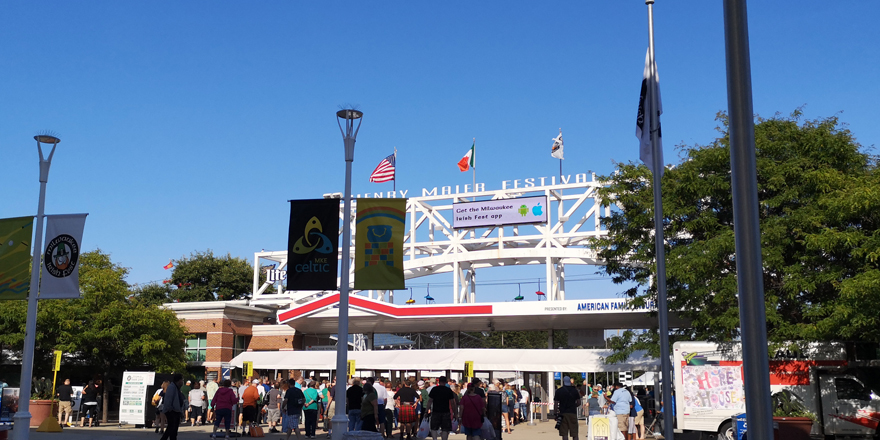 Prior to the opening ceremony of Irish Fest, we were treated to a visit to the American Geographical Society Library in the University of Wisconsin-Milwaukee (UWM). It contains 1.3 million cartographic objects, including 11,000 atlases and maps from 1452 to the present and is the premier collection of its kind in North America. 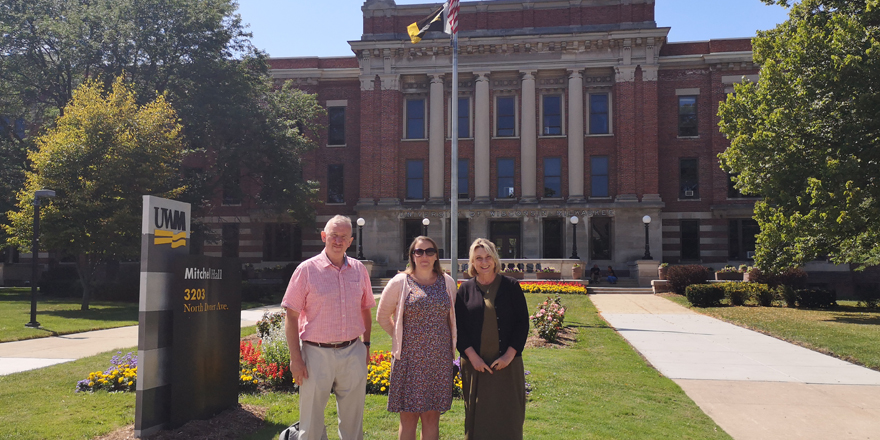 Map Librarian Marcy Bidney, had a number of maps and atlases on display for us, including a fifteenth-century edition of Ptolemy’s Geographia. UWM was the home of J.B. Harley who co-founded the History of Cartography project with David Woodward in 1981. 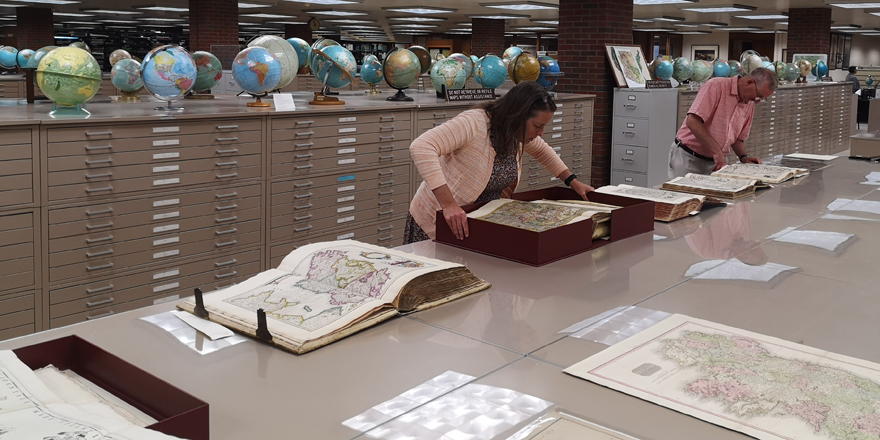 An exhibition on IHTA no. 28 Galway/Gaillimh was on display in the Cultural Tent. It generated much interest among visitors to the festival and we were on hand to give further explanation on Galway, the IHTA and the Royal Irish Academy. 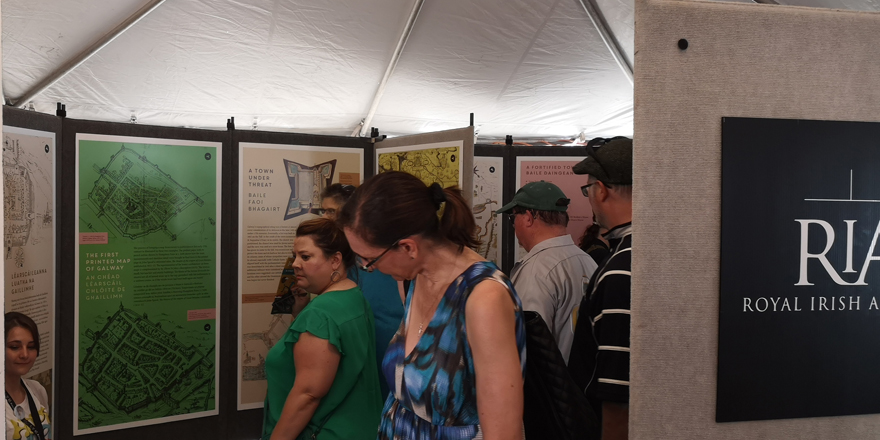 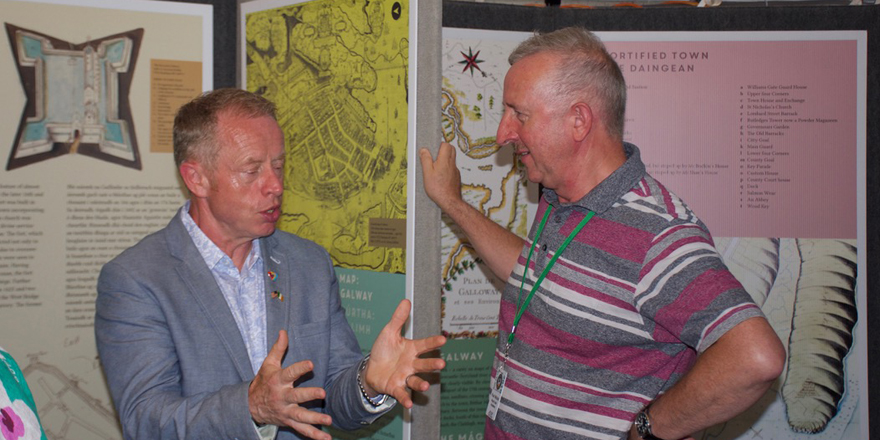 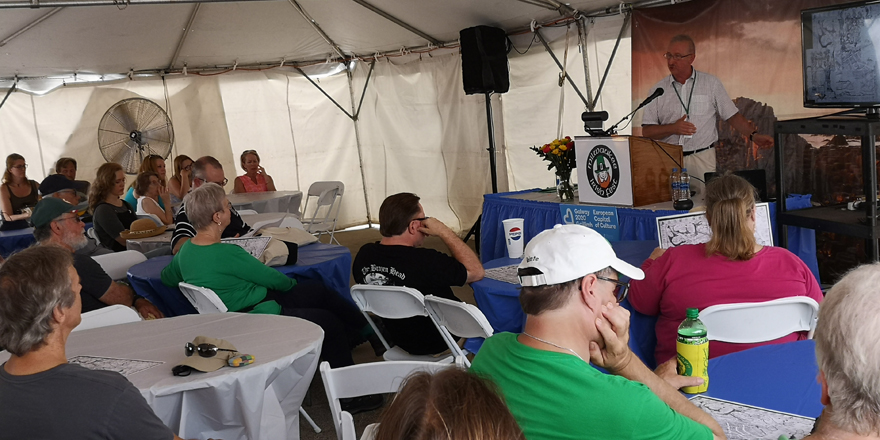 We were delighted to have both Marcy Bidney, Map Librarian, American Geographic Society Library, University of Wisconsin-Milwaukee and Minister of State for the Diaspora and International Development, Ciarán Cannon TD speak at the launch on Sunday 19th August where the minister thanked Paul Walsh for ‘his incredible and painstaking work in producing this extraordinary publication and to the Royal Irish Academy for this gift that will endure for decades to come’. 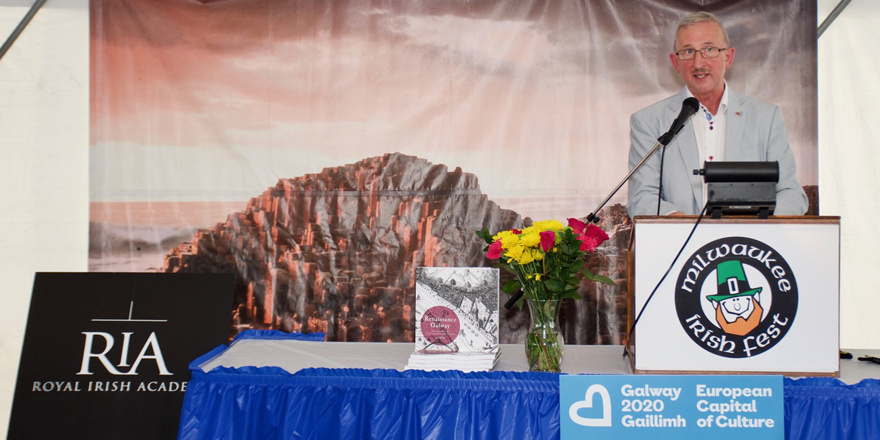 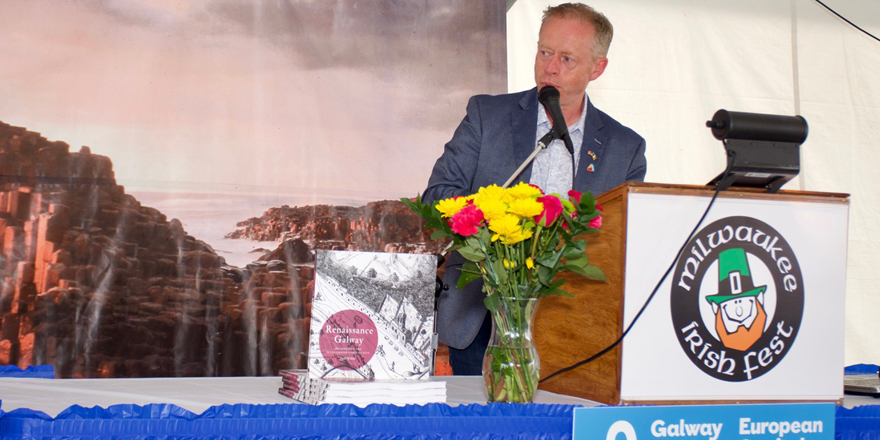 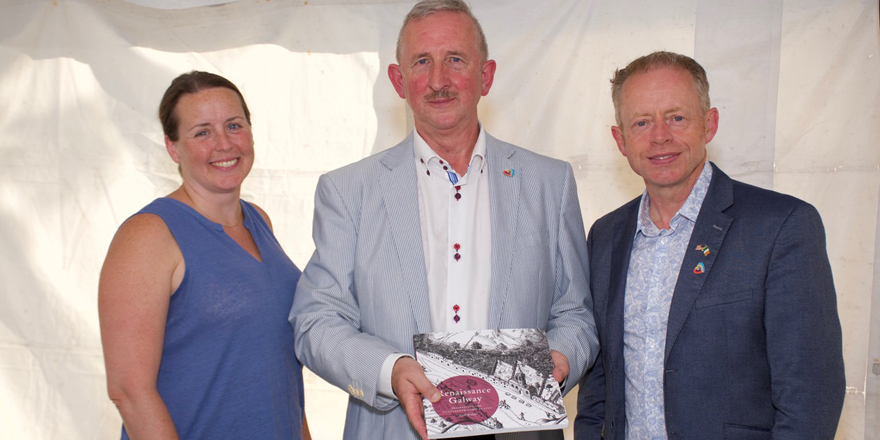 The Irish Historic Towns Atlas would like to express gratitude to the MKE Irish Fest organisers, particularly Patrick Fitzgibbons, Marguerite Helmers and Brian Witt in their assistance and hospitality with the IHTA presence at the festival.

Renaissance Galway: delineating the seventeenth-century by Paul Walsh is available to buy in Ireland. There will be a launch in Galway in October 2019. Details to be announced soon.

Further images from the festival below: 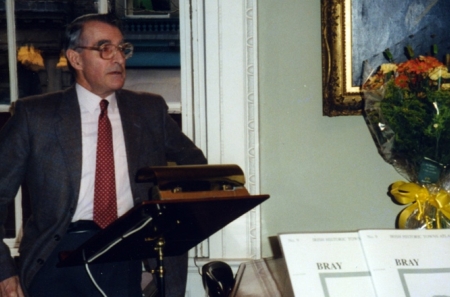 We remember John Andrews, MRIA, who died on Friday (15 November 2019) in Chepstow, Wales. Founding father of the Irish Historic Towns Atlas, historical geographer and renowned historian of Irish cartography, he was a... 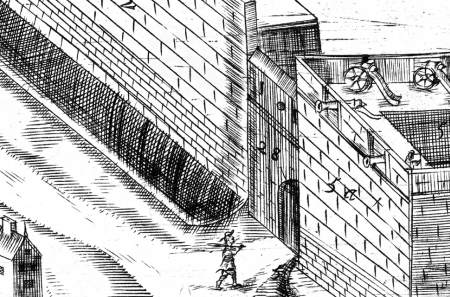 The DIB and 'Renaissance Galway'

To celebrate the publication of Renaissance Galway: delineating the seventeenth-century city by Paul Walsh, we publish the DIB entry on Walter Lynch, by Terry Clavin, below. A vicar of St Nicholas's collegiate... 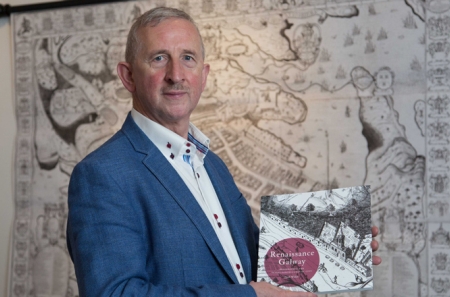 Renaissance Galway celebrated with Seminar and Launch in Galway

The pictorical map, subject of Renaissance Galway: delineating the seventeenth-century city by Paul Walsh was the subject of a seminar dedicated to the map and celebrated at the launch by Cllr Denis Lyons,...