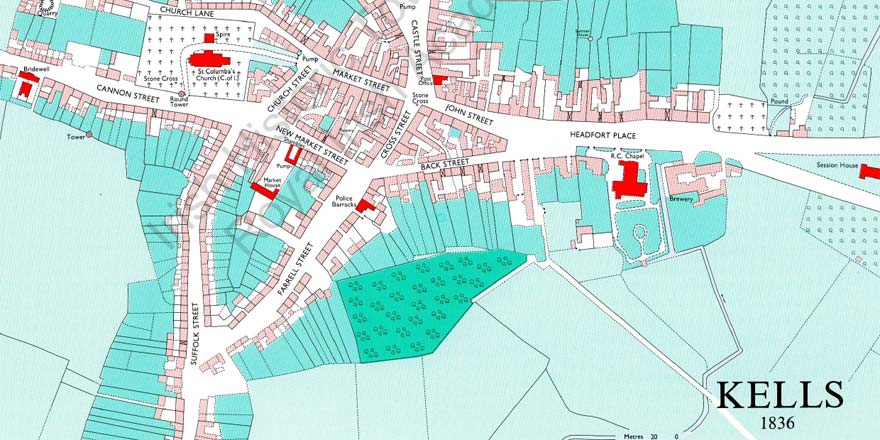 Following from the success of our pilot Irish Historic Towns Atlas (IHTA) Kilkenny online, IHTA atlases nos 1 to 25 will be made available freely online over the coming months. The cover, general abbreviations, select bibliography, essay, topographical information, maps 1, 2 and 3 as well as a growth map, will be freely available and word searchable to read online or to download.

As the nature of the project is comparative urban studies, the first batch to be released are the towns of monastic origins: IHTA no. 1 Kildare by J.H. Andrews, IHTA no. 4 Kells by Anngret Simms, IHTA no. 8 Downpatrick by R.H. Buchanan and Anthony Wilson, IHTA no. 18 Armagh by Catherine McCullough and W.H. Crawford and IHTA no. 20 Tuam by J.A. Claffey. It also comes with an excerpt on Irish towns of monastic origin from Reading the maps: a guide to the Irish Historic Towns Atlas by Jacinta Prunty and H.B. Clarke (Dublin, Royal Irish Academy, 2011).

Towns of monastic origin are available to view here.

This project is in collaboration with Eneclann (Geneaology and History Research Services) who very kindly scanned all of the back catalogue of Irish Historic Towns Atlases to create the word searchable pdfs.

A very special thanks to Derek Cosgrave in IT for bringing the project together under very tight deadines.