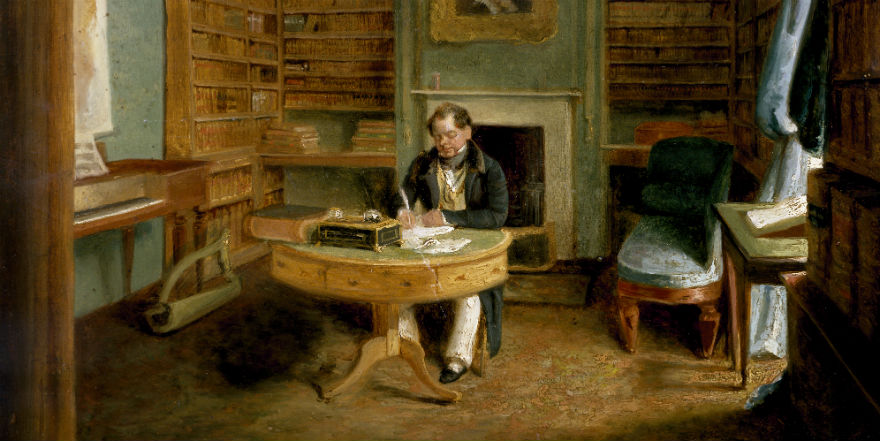 Thank you to Nancy Hurrell, our guest writer for this month's Library Blog post.

‘Egan, the harp-maker, most anxious that I should judge the power of his improved Irish harps – sent his son with one – the Chaise at the door at ½ past three, and some beautiful Irish airs played to me during my last moments […]’          – Thomas Moore

This debut of Egan’s Irish harp on 17 October 1821 was part of Moore’s busy final day in Dublin, along with sitting for a portrait, shopping for a tabbinet (cloth) for Bessy and dining in Howth that evening prior to his return journey to England.[1] The harp maker John Egan (fl.1797-1829) had written to Moore months earlier on the ‘perfection’ of his new harp model and according to Moore, ‘begging me to allow him to present me one of his best, as a mark of admiration.’[2] An Irish harp placed in the hands of the Bard of Erin, this celebrated performer in London drawing-rooms, was a case of masterful product placement by Egan. Mutually advantageous to Moore, it was the perfect accessory for the national bard’s public persona, singing his harp-infused lyrics of the Irish Melodies to the chords of the national instrument.

The entrepreneur Egan appreciated beneficial high-profile endorsements. For years the novelist Sydney Owenson (Lady Morgan) had famously posed as her fictional harpist-heroine ‘Glorvina’ playing an Egan Irish harp to adoring audiences. Since 1809 the Duchess of Richmond and successive vicereines residing at Dublin Castle had commissioned Grecian pedal harps from the local maker. Egan harps exquisitely decorated in a neoclassical style were on display in the great houses of the Anglo-Irish aristocracy, and eventually harp orders came from the royal palaces. Remarkably, in August of 1821 this Irish artist was awarded the highest accolade attainable for a harp maker in his time – the royal warrant as harp maker to George IV and the royal family. 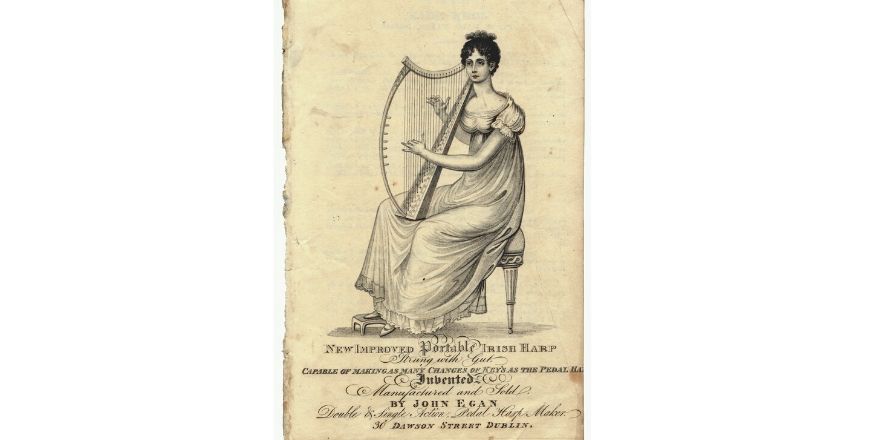 Image 1. Advertisement for the Portable Irish Harp in Pigot and Co.’s Directory, 1824.

In his Dawson Street workshop, near the Academy’s present location, initially Egan mainly produced fashionable Grecian pedal harps, the standard model manufactured by his counterparts in London. John Egan was not a typical harp maker however, as evidenced by a dozen different harp models designed in a range of shapes, sizes and mechanisms. For his most striking harp, he fashioned a winged-maiden symbol, the figure of Hibernia, into a playable instrument. In this post-union era, Ireland’s symbolic harp, so effectively used in the Melodies, was a potent signifier of national identity, and yet ironically the native wire-strung Gaelic harp, played for centuries, had largely disappeared. Egan continually championed the idea of a new form of Irish harp, a modernized instrument. His seminal invention – the ‘Portable Irish Harp’ – effectively fused old with new. The model’s bowed pillar shape and small size of three feet in height, paid homage to Ireland’s oldest and most celebrated instrument, the Brian Boru harp in Trinity College. To reinforce a symbolic Irishness, the harps had gilt motifs of Irish wolfhounds and shamrocks, Egan’s signature decoration, on a lacquered ground of either green, blue or black. Unlike the Gaelic harp’s wire-strings and limited modal tuning, the Portable Irish Harp had pliable gut strings fitted with innovative sharpening mechanisms for key changes: either ring stops or ditals (Image 1). Thus this ingenious up-to-date instrument, unmistakably ‘Irish’ in appearance, had a modern sound and chromatic capabilities for playing contemporary art songs as well as traditional Irish tunes. 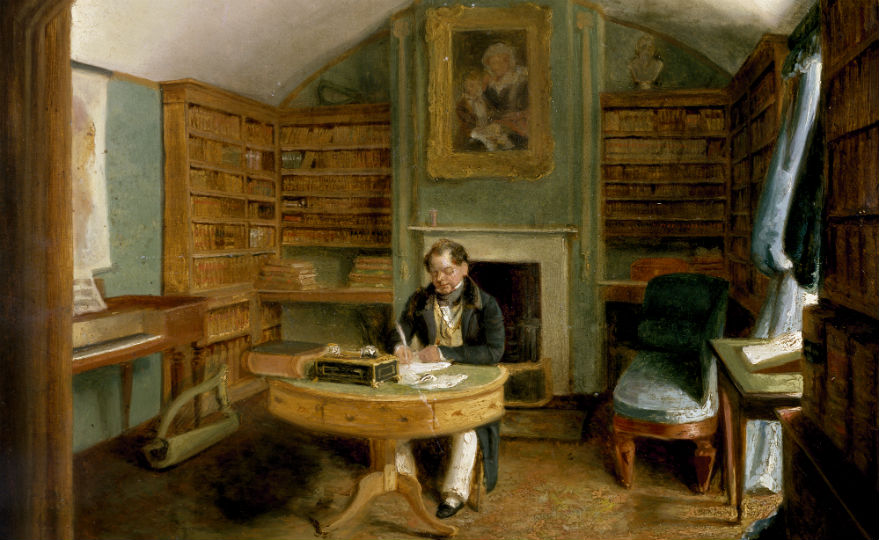 Image 2. Portrait of Thomas Moore in his Study at Sloperton Cottage. Photo ©National Gallery of Ireland.

In 1823, Moore’s Royal Portable Irish Harp (reflecting the royal warrant) was delivered: ‘My Irish harp arrived from Ireland, and a little one of two octaves with it for Anastasia’.[3] A smaller harp for Moore’s daughter, a generous gesture, reflects Egan’s penchant for making harps in unusual sizes. Both harps are visible in the painting Thomas Moore in his study at Sloperton Cottage in the National Gallery of Ireland (Image 2). No further harp references appear in Moore’s journal and little is known of his harp-playing, in contrast to glowing first-hand descriptions of his piano performances. The poet’s richly decorated green harp has nonetheless acquired a legendary status. Fifty years on, in 1879, it was played by Swedish harpist Herr Sjoden in the Moore centenary concert in Dublin and was described thus —‘the strains of “Dear harp of my country” coming from that old harp stirred many a heart […].’[4] 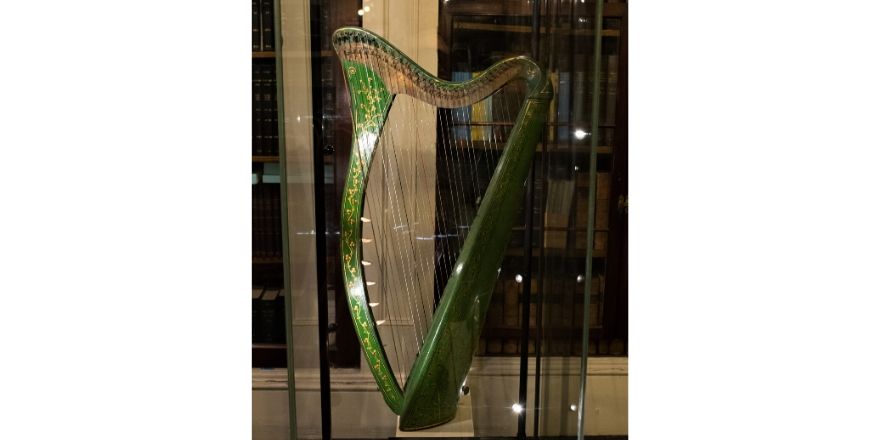 Although the harp has remained in the Royal Irish Academy since its donation by Moore’s widow Bessy in 1852, ‘Moore’s Harp’ was listed in a 1902 Boston exhibition catalogue, and another Egan harp was sold to American harp maker Melville Clark in 1905 as the poet Moore’s own instrument. Similar misattributions of ‘Marie Antoinette’s harp’ are common fabrications to inflate an instrument’s value. One harp labeled ‘The poet Moore’s Irish Harp’ in the George W. Childs collection, Philadelphia, is an exception, as it is actually  the small harp of Anastasia, who tragically died of illness at age sixteen (Image 4). My research uncovered an interesting chain of provenance for Anastasia’s harp, from Bessy Moore to her nephew Charles Murray to journalist S.C. Hall. In 1884, Hall offered the harp to Childs, who was the major contributor to fund the Moore commemorative window in Bromham church (Wilts,), where Moore is buried. 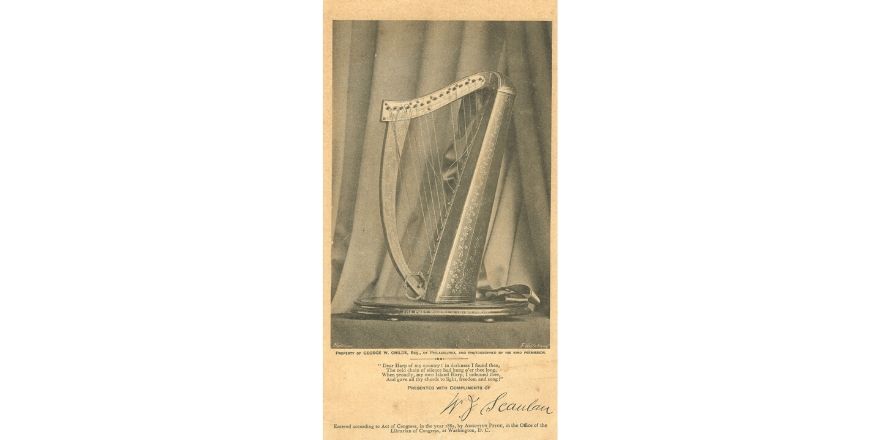 Today, rare Egan harps are treasured as art objects in museums in sixteen countries worldwide. Like Moore’s Melodies, Egan’s Portable Irish Harp transcended the period to live on in revised formats. The model was copied by the principal harp makers working around 1900 as the template for the modern Irish harp. A significant legacy, John Egan’s innovative Portable Irish Harp was crucial to a revitalised Irish harping tradition.

This blog has been compiled in conjunction with the Academy Library’s exhibition ‘Discovering Thomas Moore: Ireland in nineteenth Europe’ and to celebrate Moore’s Egan harp which stands proudly on display in the Meeting Room.  The Library thanks the benefactors who have enabled conservation of the harp and the refurbishment of the display case. 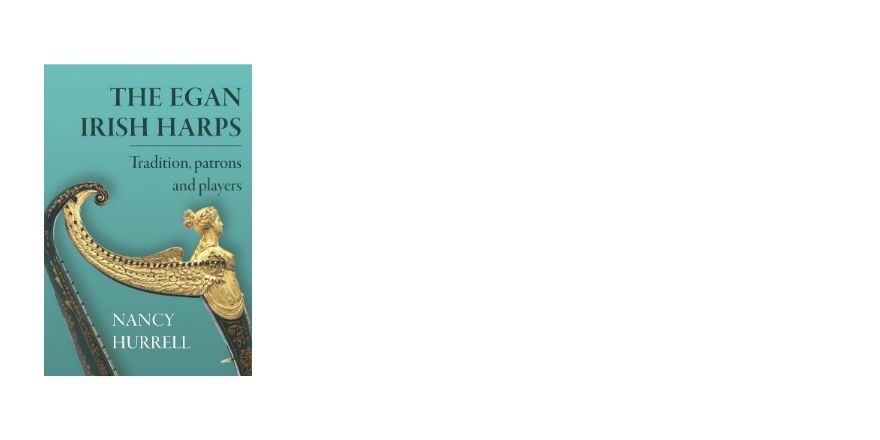