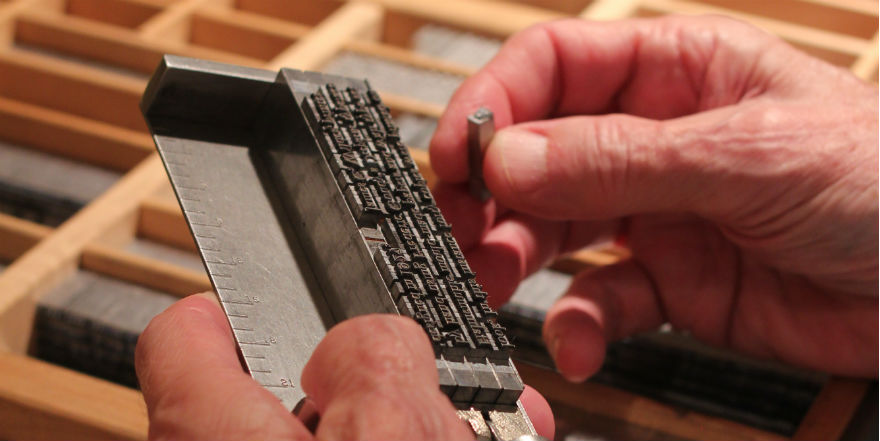 Researching the history of Irish printing

The Latest Library Blog post has been written by one of our international Readers, Irish-American printer, Jim Wilder.

Letterpress printing is an old and messy industrial craft going back to the mid-1440s when Johann Gutenberg invented moveable metal type in Mainz. Gutenberg’s invention spread very quickly across much of Europe. For example, in Florence,  in 1488, there were already nearly 200 printing houses humming, with some casting type and also paper making.

The printing press arrived late in Ireland – not until 1550 – and  the first book was printed a year later, The Boke of the Common Praier’ The press was brought from England by a seasoned printer, Humphrey Powell, who was given £20 by the British Court ‘to underpin the state’s religious formation, and … to advance the government’s ecclesiastical and political programme’. 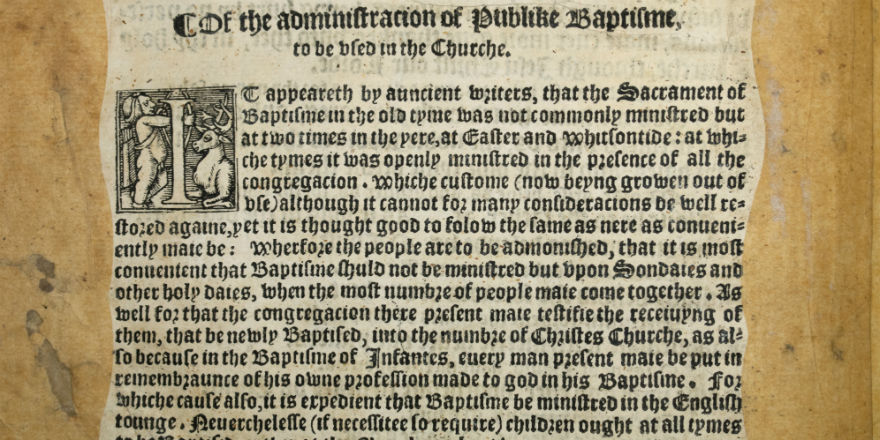 Some decades later Irish printers made their influence felt beyond the Isle. Research material is plentiful on Irishman John Dunlap, who printed  America’s Declaration of Independence in Philadelphia in 1776, and on hundreds of other Irish printers who sailed to the young nation. Likewise, one can find great sources for the 300-year-old history of papermaking in Ireland.  It’s interesting to note the variety of printing — for example, Ireland was the second country, in 1870, to print postcards. The Austro-Hungarian Empire was the first, a year earlier. The stories of Irish printing go on and on.

For fourteen years I have researched, written and then printed in the Gutenberg tradition of handset type brief stories on aspects of Irish printing history, which is annually bound in It’s a small world, a UK book about letterpress printing. 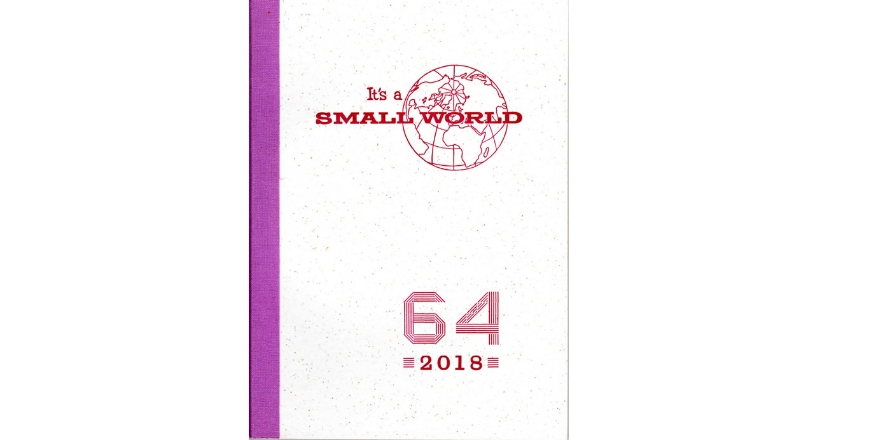 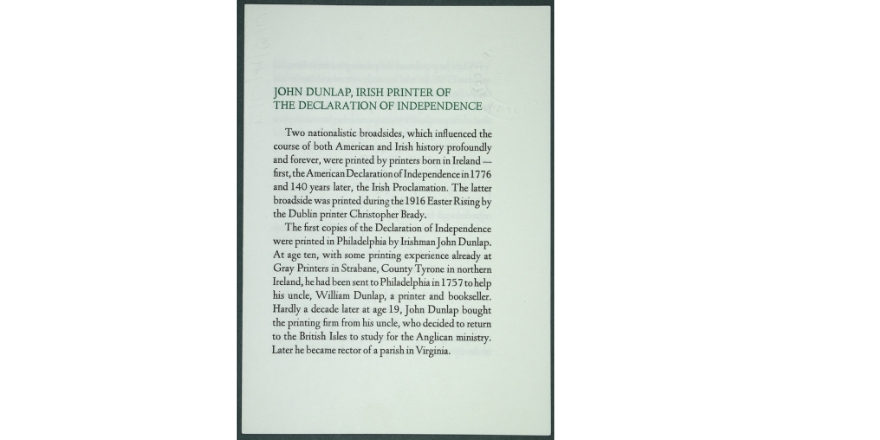 In Dublin, on Haddington Road, located in the old Beggar’s Bush Barracks, is a Museum dedicated to printing. On tours of the Museum, visitors can see linotype machines, cases of moveable metal type, printing presses and paper cutters. One can additionally see up close an original copy of the 1916 Proclamation of the Irish Republic.

Renowned for its unrivalled Irish manuscript collections, when one thinks of the Library at the Royal Irish Academy one might not imagine it to be an exceptional source for material on the history of Irish printing, but there are many treasures there. The Academy was founded in 1785 and a reading room was added in 1852 to handle growing collections that have made it a world-class Library.

The Library staff are always helpful and even dogged in their encouragement of research. On a personal note, I will always treasure one research experience when I had, by chance, mentioned a long-term idea to the Assistant Librarian, Sophie Evans. Later that day she handed me several books carefully marked where I might see some initial sources for later research. Yes, several years later I completed that research and printed that story. 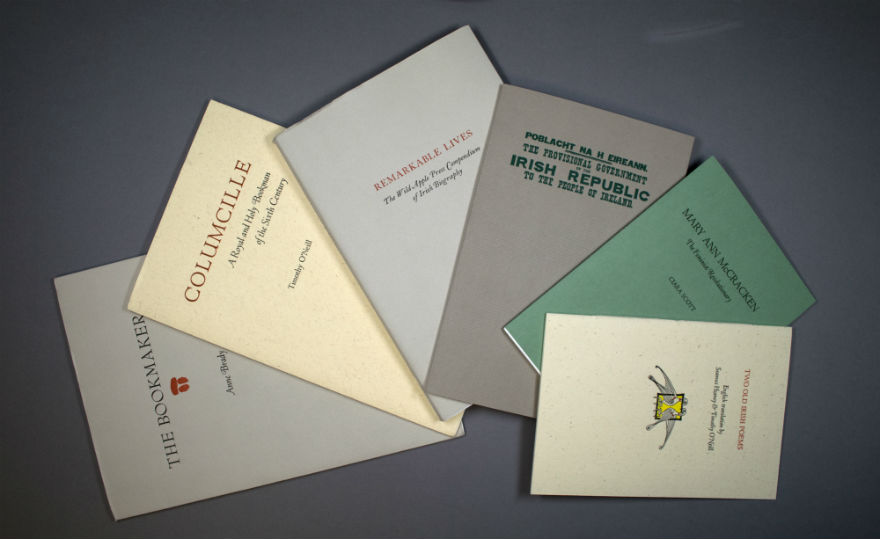 Collection of Wild Apple Press pamphlets. All type is handset and printed letterpress by Jim Wilder in his print shop in Bethesda, Maryland, USA.

It is my goal, with the help of the RIA Library, to remain a serious student of the history of Irish printing. As you can imagine, it is easy to be grateful for the Library, for its materials and especially its staff.

With Appreciation to the Library of the Royal Irish Academy.