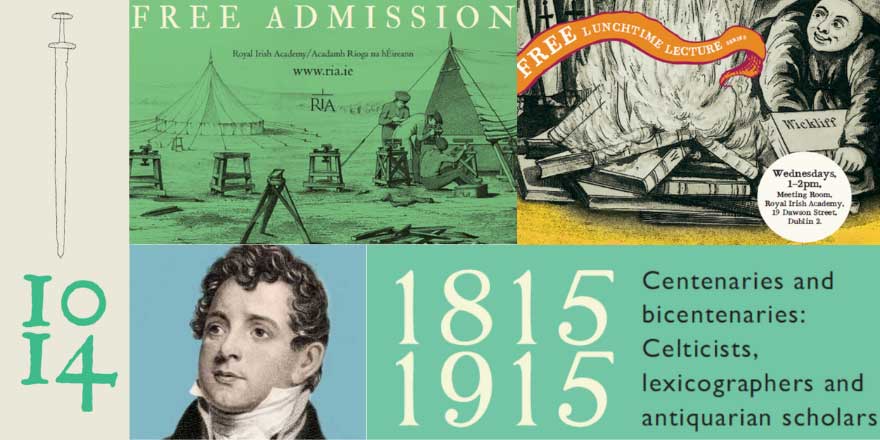 As the year draws to a close and the most recent in a long line of Royal Irish Academy Library lecture series — ‘Sisters’, a celebration of sisterhood and specifically of the lives and achievements of families of sisters who made a difference [i] — comes to an end, it presents an opportunity to review the past 22 years of this outreach activity. 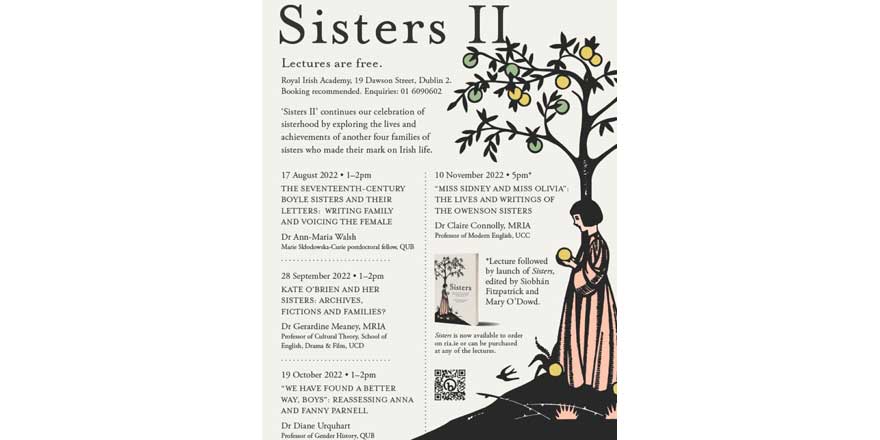 When the Academy Library embarked on a new venture in 2000 — the development of a lecture programme with the Linen Hall Library, Belfast [ii] — the move was seen as rather unusual — ‘Why would the Library organise lecture series?’, ‘at lunchtime?’. But the initiative proved successful, increasing the reach of both libraries by delivering parallel lectures in Dublin and Belfast on alternate weeks. It also led to a long term commitment by the Academy Library to this form of public-service offering. 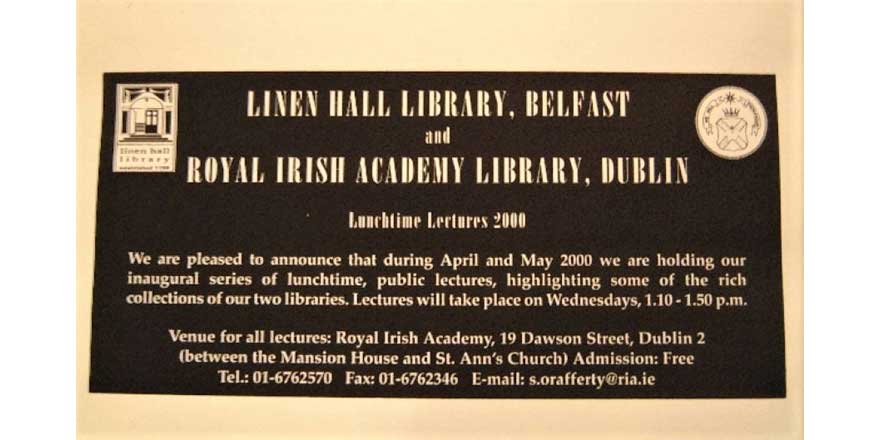 Fig.2 Announcement for the inaugural series of lunchtime lectures (2000)

Hitherto, the Library had been a mecca for scholars from home and abroad, as well as local historians, archaeologists, third-level students and others who valued the ease with which they could access myriad resources in a central, but quiet space. 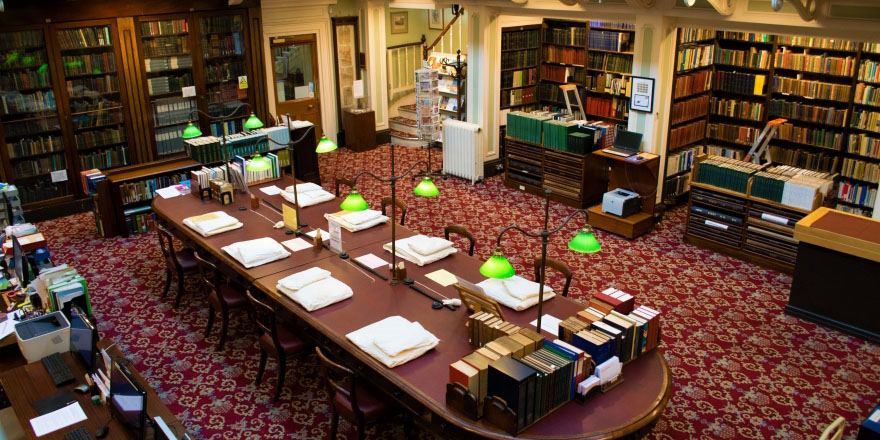 However, there was a concern to make the collections more accessible by reaching beyond the regular reader cohort, increasing engagement with different sections of the public, exposing them to the various collections in innovative ways. From a healthy start the lecture series really took off, looked forward to by a regular and growing band of supporters thirsty for new knowledge. The concept of lifelong learning was being mainstreamed and many new retirees flocked to the diverse series on offer. 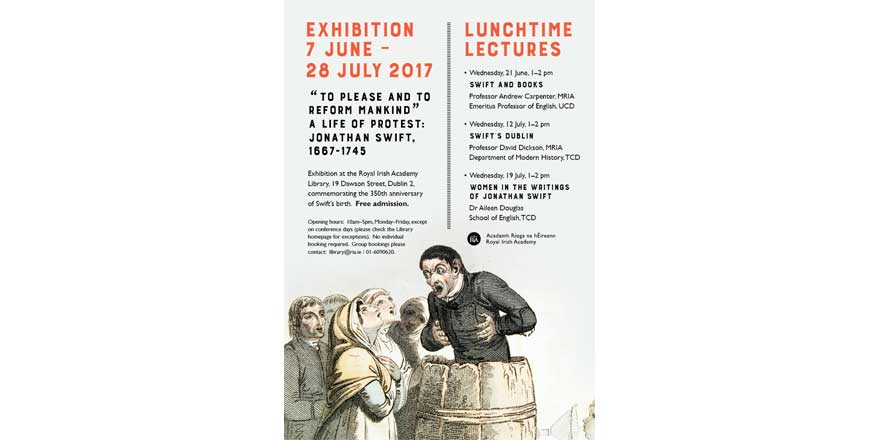 Series were planned around selected themes, often focussing on important national centenaries or anniversaries, extending to literary characters! In 2004 for example, we celebrated the centenary of the fictitious Leopold Bloom’s renowned peregrinations in Dublin on 16 June 1904: a series on the city featured amongst other speakers, journalist Fintan O’Toole and Dublin architect and song collector, Frank Harte (1933-2005), who enthralled a packed house with his explanations and renditions of Dublin ballads. 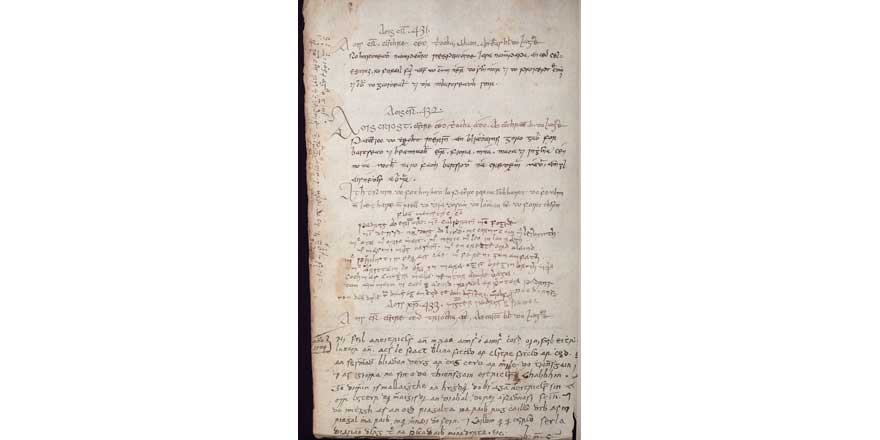 Similarly, in 2007 the 400th anniversary of the Franciscan college at Louvain drew significant audiences to two series: ‘Ireland and Europe in the 17th century: poets, priests and patrons’ and ‘Irish scholarship at St Anthony’s College, Louvain’; these talks were complemented by an exhibition exploring the influence of the continental Franciscans on the development of Irish-language printing and their critical role for Irish historiography in the compilation of the annals of Ireland to 1616, known to every Irish person as ‘The Annals of the Four Masters’ (the Library’s manuscript set was displayed). 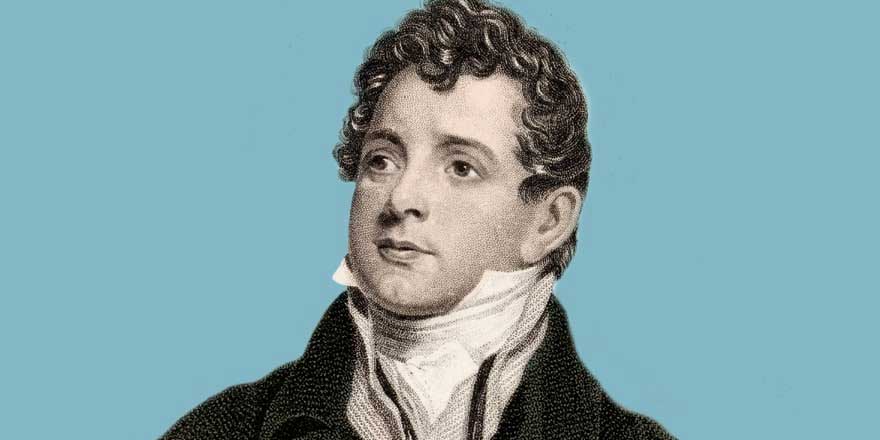 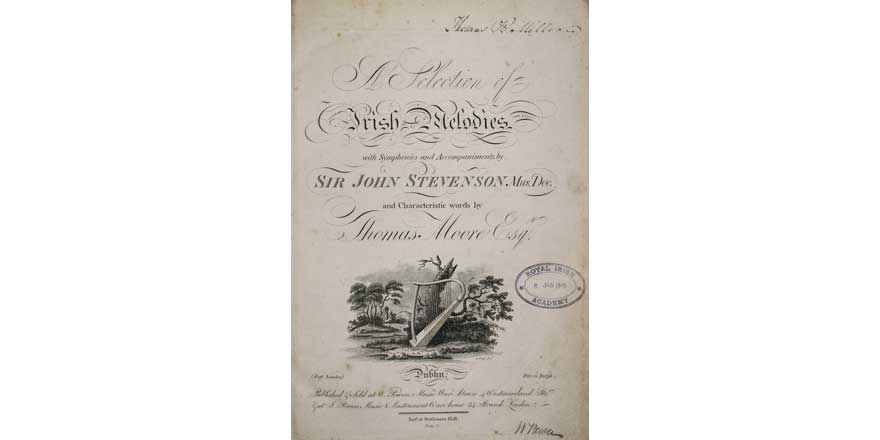 Lecture series provided not only opportunities to highlight the collections and to showcase current scholarship, but they also enabled collaborations with institutions throughout Ireland, including TU Dublin (then Dublin Institute of Technology) in 2008 and Queen’s University Belfast (2019) for series commemorating Bard of Ireland, Thomas Moore of the eponymous Moore’s Melodies. Moore’s personal library was donated to the Academy in 1855. Other major collections presented ready themes for exploration and collaboration, for example: 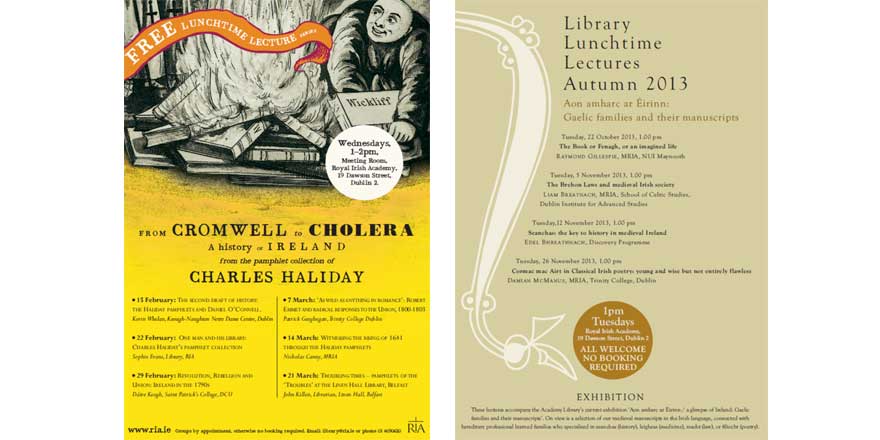 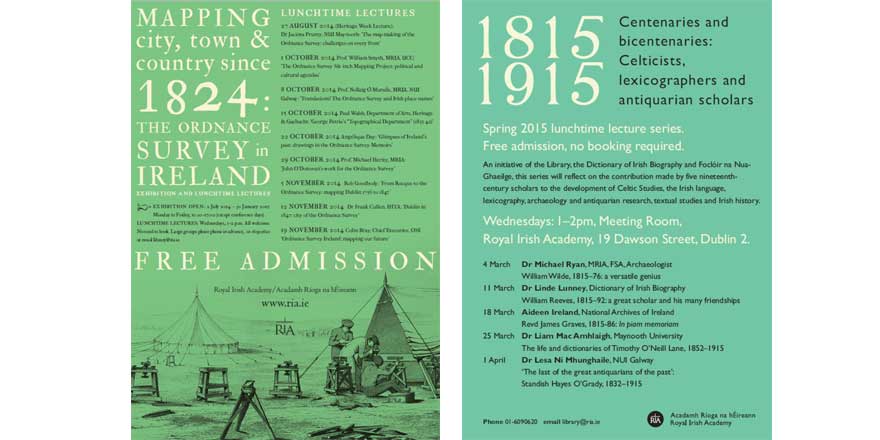 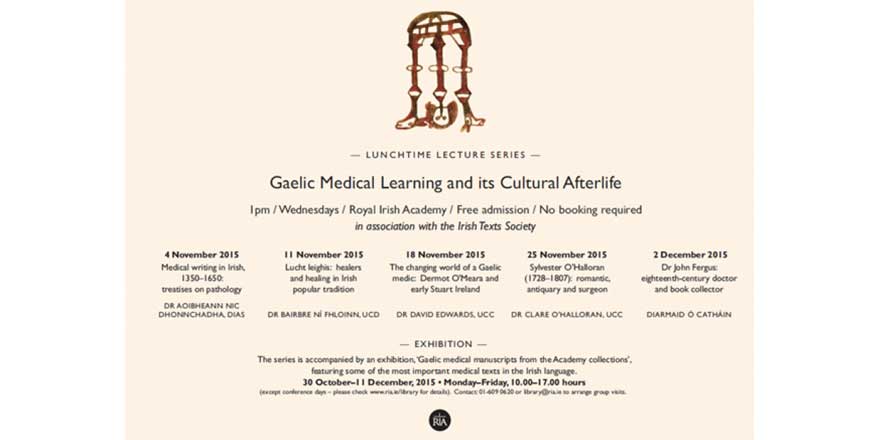 One event — the Battle of Clontarf — for which most of the Academy’s documentary evidence is to be found in mainly 18th and 19th-century accounts, resonated hugely with the public and was supported by the Danish and Norwegian embassies in Ireland — ‘1014’. 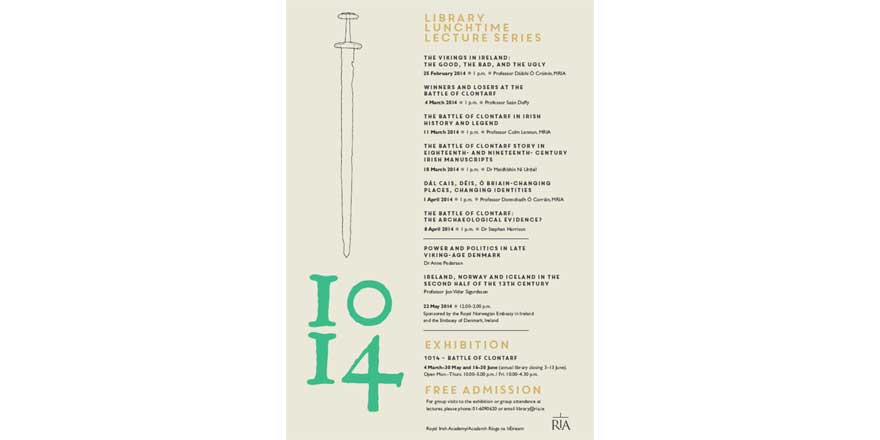 Over time, the scale and delivery of this outreach developed too and involved contributions from every Library staff member. Posters were professionally designed, [iii] some accompanying exhibitions also offered sponsored publications, and eventually most lectures were recorded as resources for the interest of virtual users. Above all, the lectures connected the Library with a broader public, enhancing the Academy’s offerings and supporting a public service ethos. Thanks to the support of many contributors over the years quality lectures have been freely delivered to lunchtime audiences.

Long may they continue!

Listen back to lunchtime lectures and view the digital exhibitions!

[i] The lecture series, begun in 2019 and interrupted in 2020, was completed on 9 November 2022. Originally scheduled as a 5-lecture series, due to popular demand a second series was organized for 2020 but for obvious reasons this had to be curtailed, eventually recommencing this year. Nine families of sisters have been explored in the Academy’s Sisters: nine families of sisters who made a difference (Dublin, 2022), ISBN: 9781911479833