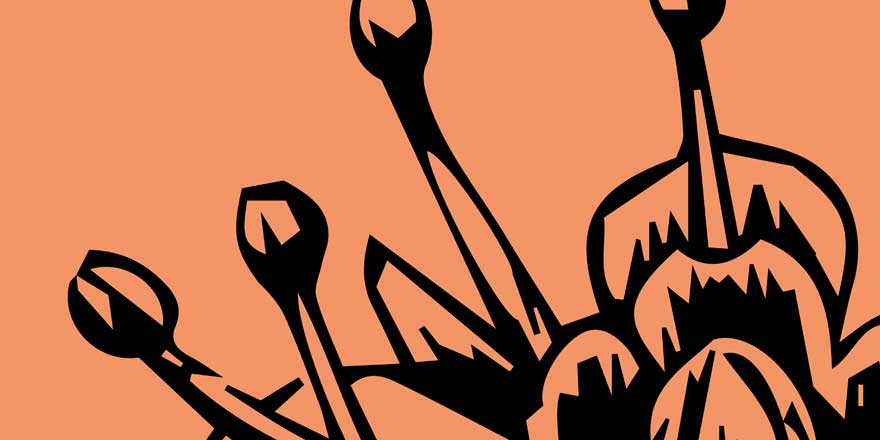 The latest library guest blog post by Zoë Comyns, RIA Podcaster in Residence, reflects on the Shelfmarks podcast series looking through the library collections to explore how people have written about and observed our natural world over the centuries.

Zoë Comyns is the inaugural Podcaster in Residence at the Royal Irish Academy 2021/2022 and the presenter and producer of the RIA podcast series Shelfmarks. The podcasts were funded by the Arts Council Literature Project Award.

I had paid many visits over the years to the Royal Irish Academy Library - sometimes for talks or exhibitions, other times just dropping in to have a look. I loved that you could slip away from the Dublin crowds and within minutes there was a place dedicated to knowledge and discovery, that felt like a sanctuary from the commercialism of the city centre. I loved the peace, the green table lamps as I read, even with the Vierpyl busts of Roman emperors keeping an eye on me as I nosed around. In the RIA you’re always in interesting historical company. Any book or reference could lead to a lifetime of study. 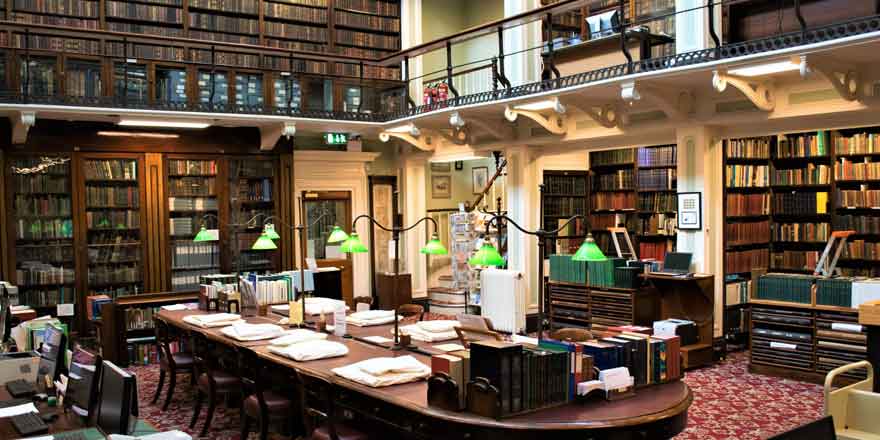 As Podcaster in Residence of the Royal Irish Academy I had greater access to its wonderful Library collections. My interest lies in finding new ways to connect the past and present and through the series to create an audio bridge across centuries that deepens our understanding of nature and how our relationship with it has evolved through each discovery. The aim for the podcast series Shelfmarks was to select an object, book or person associated with the RIA collection and to give an insight into them and the Academy’s work on the natural world. Each episode starts with a short audio essay by me and then gives way to conversations and readings by a weekly guest. I commissioned six writers; Kerri Ní Dhocartaigh, Jane Clarke, Neil Hegarty, Siobhan Mannion, Amanda Bell and Manchan Magan and asked them to respond to the selected theme/person.

My initial fascination with people connected with the library was through a copy of The way that I went by Robert Lloyd Praeger (1865-1953) from my family home. Praeger was a naturalist, librarian and member of the RIA. He was its president from 1931-34. I found him a fascinating figure and later when I realised his long standing connection with the RIA I wanted to make a programme about him. In fact, I came across so many fascinating figures who were associated with the Academy, the series started to form. 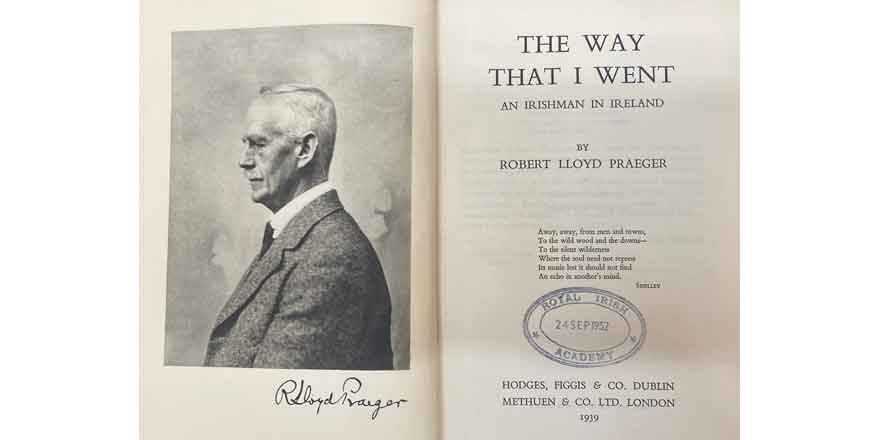 Fig.2 Frontispiece portrait of Robert Lloyd Praeger and title page from The way that I went (RIA D/1167)

Praeger wrote so many papers and books it was initially overwhelming as to where to begin to tell his story but with writing for the ear I decided to structure a piece about him by writing one word for each of the papers and books he wrote. A small offering to give insight into his vast studies of over 800 papers and 24 books, not to mention the thousands of miles he spent walking across Ireland exploring, note taking. 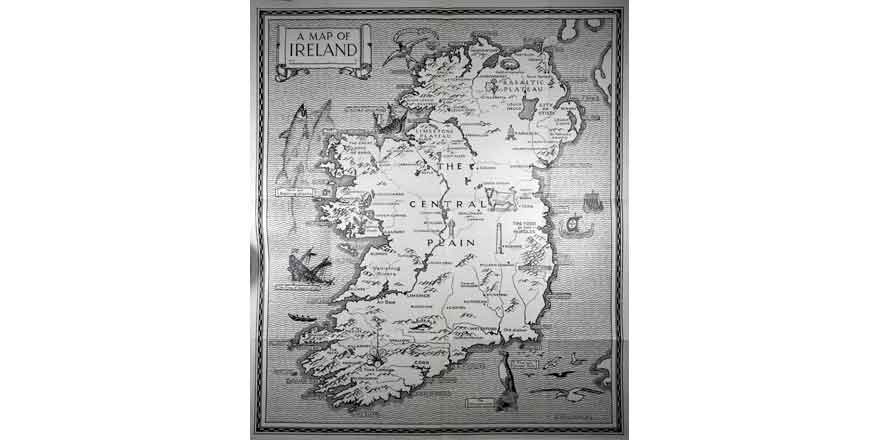 In the opening pages of The way that I went Praeger mentions his long and frequent walks around Ireland. He worked all week as a librarian and took off at the weekend tramping thousands of miles across the country. Each walk was accompanied by the idea he mentions in the introduction to The way that I went of ‘stopping often, watching closely, listening carefully’. These mantra-like watchwords can guide the listener to take stock of the natural world, what they see around them and as Praeger did note it and appreciate it. Each episode in the series hopes to guide the listener in this way too - to hone in on a location, or a person and the natural world and ask us to think more carefully about our place in it.

Poet Jane Clarke joined me for this episode and we took a walk through her local area in Wicklow and chatted about Praeger, the natural world and she read two specially commissioned poems for the episode.

Journey with the mythical Cessair

Another episode of Shelfmarks is prompted by the figure of Cessair, mentioned in the Leabhar Gabhála (Book of Invasions). 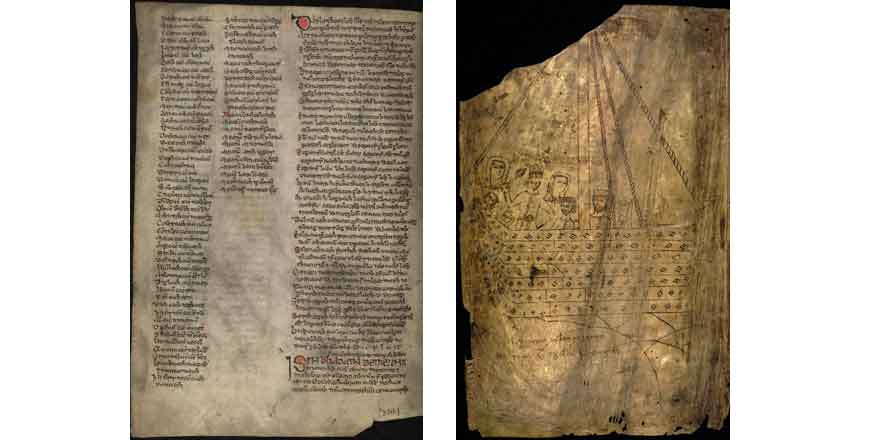 In the myth Cessair is the grand-daughter of Noah and daughter of Bith. Bith is refused passage on The Ark and so Cessair builds three ships to seek out a new land. Each ship is crewed by fifty women and on a seven year journey two of the ships sink. The third ship containing Cessair, fifty women, her husband Fintan, her father Bith and her brother Ladra arrive in Ireland. She takes the first step on Irish soil.

Writer Siobhán Mannion joined me on the episode to explore this myth, the taking of Ireland and how becoming at one with the natural world becomes essential to survival.

What surprised me about making this episode is the amount of people who got in touch to say they had never heard of Cessair. Through Shelfmarks it’s been exciting to let people know about her and other fascinating figures and topics in the collection: Cynthia Longfield (1898-1991) and her work of dragonflies, Richard Kirwan (1733-1812) and the measuring the weather, the mythical Book of Hy-Brasil (Book of O’Lees) and nature cures, the Dr Wilhlem Doegen (1877-1967) recordings and St Brigid, ornithologist and naturalist Richard Manliffe Barrington (1849-1915) and journeys to Rockall as well as stories of the last wolf in Ireland. 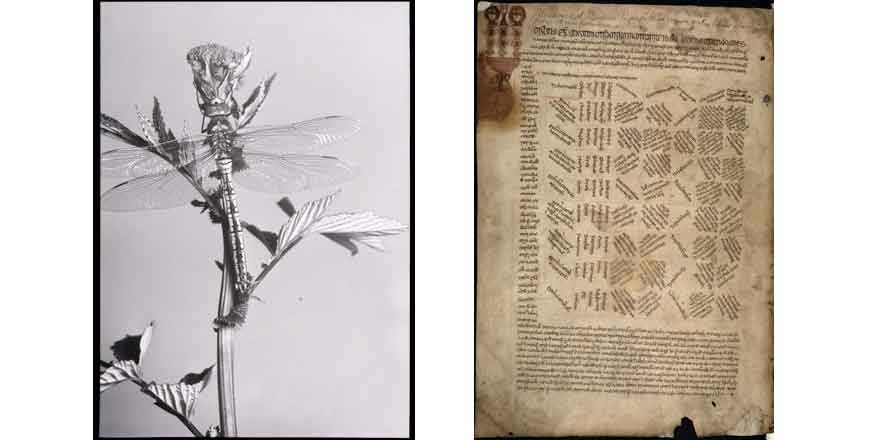 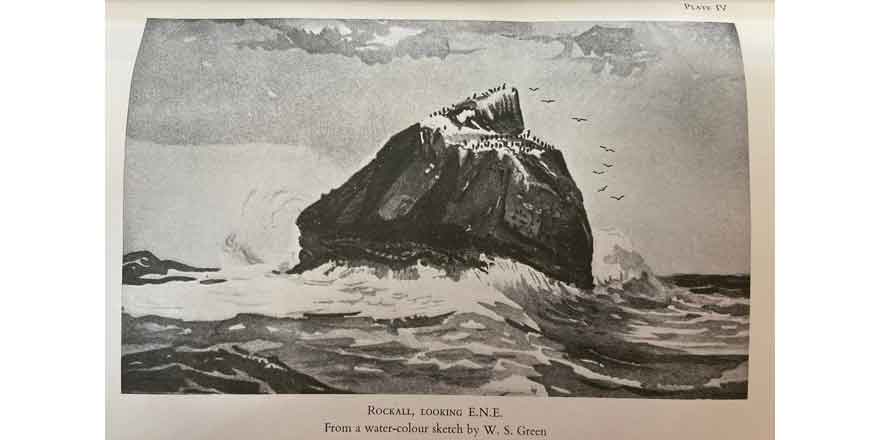 All you have to do is step off the noisy street and into this place of wonder by foot or through your headphones.

All episodes in the Shelfmarks series are available online or via SoundCloud. Watch the 2021 Culture Night Special on YouTube.