‘Where in Germany, even today, would you find three such literary heroes to set beside Lord Byron, Moore and Walter Scott?’, enquired the great German writer and statesman, Johann Wolfgang von Goethe in 1824.  For many people, it comes as a surprise to see Thomas Moore in such company, in the front rank of British literary romanticism, because his reputation in the interim has dwindled to a handful of well-beloved songs from the Irish melodies, and not much besides. Moore was in fact an originary and formative presence in the development of European music and letters in the first half of the nineteenth century, and the circulation of his poetry, fiction and lyric verse exerted considerable influence on many composers, including Robert Schumann and Hector Berlioz. Schumann’s setting of the second part of Moore’s Lalla Rookh, ‘Paradise and the Peri’ (in German translation) and Berlioz’s Mélodies irlandaises (settings in French translation of Moore’s verse from the Irish melodies) affirm a more general popularity for Moore’s poetry on the continent. 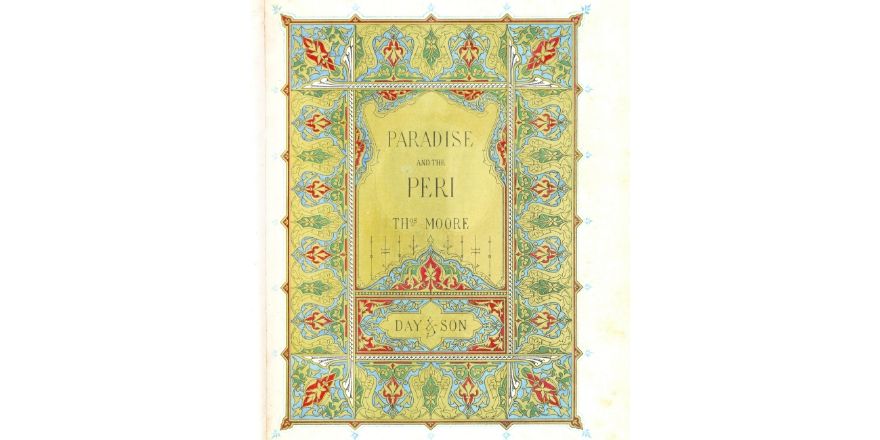 Moore’s long poem — Lalla Rookh — became an overnight success on its publication in 1817.  The poem relates the journey of Lalla Rookh, an Indian princess, from her homeland  to Kashmir for her wedding to the king there.  En route she meets a poet who accompanies her and beguiles her with the story of a fallen angel (the Peri) who has to pass several tests in order to gain entry to Paradise. Lalla Rookh falls in love with the poet who turns out to be her betrothed in disguise!  Schumann remarked that the verse was ‘intended for music, as if from the start’. The poem was part of a vogue for orientalism in Europe and was widely admired and translated.

This year we celebrate the 240th anniversary of Moore’s birth in Dublin on 28 May 1779 with an exhibition at the Academy Library, curated by Dr Sarah McCleave, Senior Musicologist at the School of Arts, English & Languages, Queen’s University of Belfast.

The materials on display recapture not only Moore’s phenomenal success as a poet and lyricist in Europe, but his often neglected reputation as a novelist, satirist, biographer and historian. In recent years, these aspects of Moore’s intellectual estate have received at least something of their due from literary historians and musicologists, just as Moore’s extraordinary life has been magisterially recovered in Ronan Kelly’s 2008 biography, Bard of Erin[i]. Throughout that life, the very idea of Ireland abides, even in Moore’s imagined orient. Moore’s inventions were assuredly romantic, but they were also grounded in a scientific apprehension of scholarly sources and a lively political awareness of injustice and repression. His instincts as a romantic poet were constantly mediated by an antiquarian appeal to the authority of historical documents, and his brilliance as a biographer (particularly of Lord Edward FitzGerald) was fired by ‘that time of terror and torture’ which Moore experienced as a young student in Trinity College Dublin, following the failed rebellion of 1798. Throughout his writing career, as many of the items displayed in the exhibition demonstrate, Moore’s sense of responsibility to empirical evidence anchored the flight of his auditory imagination. 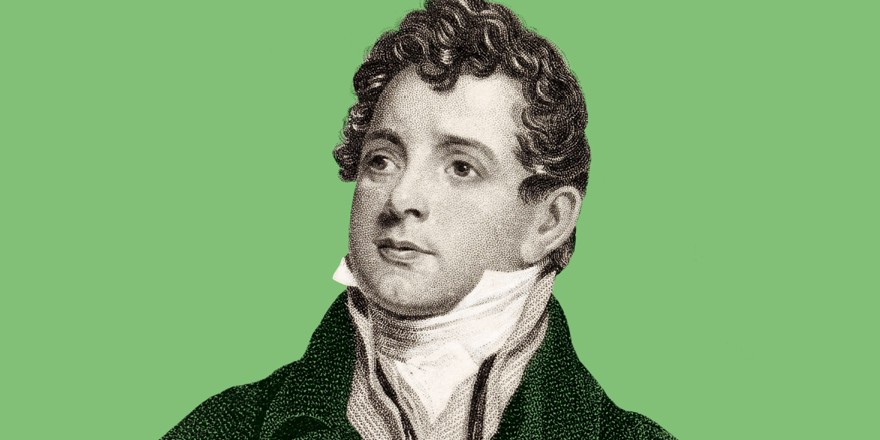 Thomas Moore. Image courtesy of the National Library of Ireland.

The rich resources of the Royal Irish Academy (which houses the greater part of Moore’s private library) and of the Gibson Massie collection in Queen’s University Belfast combine in this exhibition to commemorate the 240th anniversary of the birth of a writer whose profound Irishness was deeply inflected by his European reception and afterlife. In the present moment of European crisis, such a commemoration could scarcely be timelier.

Discover Moore with the Erin Catalogue project. Based at Queen's University Belfast and co-funded by the Horizon 2020 Framework Programme of the European Union, ERIN, or Europe’s Reception of the Irish Melodies & National Airs: Thomas Moore in Europe, is an open access online resource which maps Europe’s response to the Irish Melodies, documents the chronological and geographical dissemination of the National Airs and identifies European music editions of the songs, operas and ballets from or based on the poem Lalla Rookh.

Read the latest post by the Eighteenth-Century Ireland Society on Project ERIN.

Main image: 'The Tyrant of Gazna’, drawn on stone by Albert Warren, image courtesy Special Collections and Archives, Queen’s University Belfast.
The Tyrant of Gazna is a character featured in 'Paradise and the Peri', one of the tales in Thomas Moore's Lalla Rookh.