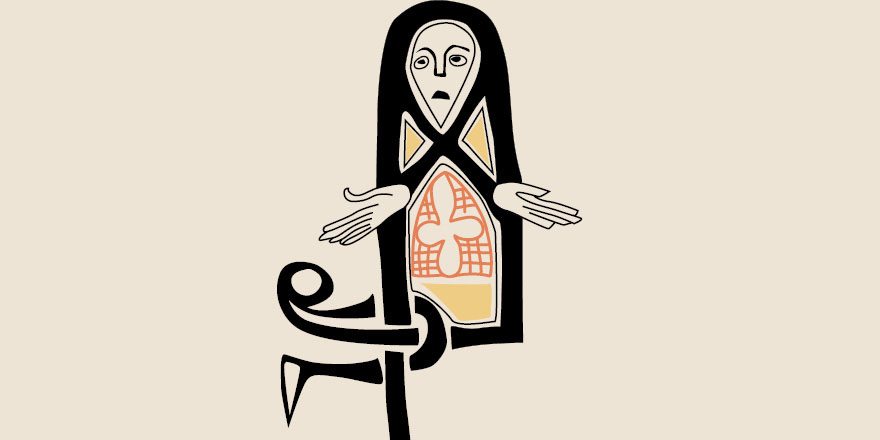 The Book of Ballymote: scholars, sources and patrons

Biblical history in the Book of Ballymote

World history and historiography and the Book of Ballymote

The Books of Ballymote and Lecan: their structure and contents compared

The Book of Ballymote: a genealogical treasure trove: range and purpose

The Book of Ballymote and the Irish book

The Book of Ballymote and the Grammar of Irish

The palaeography of the Book of Ballymote

Listen back to lectures from our Book of Ballymote conference

The Book of Ballymote (BB), compiled between the late-fourteenth and early-fifteenth centuries, is one of the most remarkable Irish manuscripts we have. Its size and extent, the range of material it contains and its striking illumination all mark it out as an important work of late medieval learning. Its 251 folios contain, among many other works, texts such as Lebor Gabála Érenn, Lebor na Cert,  Dindshenchas Érenn,  Banshenchas Érenn, Cóir Anmann, extensive genealogical tracts listing the pedigrees of some of the most prominent Irish population groups and families, lists of saints, biblical texts and adaptations of classical material.

There are many questions that can be asked about this remarkable codex and the society in which it came into being. What was the intent of the scribes and scholars who compiled it? Why were the texts found in the BB so chosen? What sources were used in its compilation?  Why was it so extensively and richly decorated? How does BB relate to other medieval manuscripts, in particular, the slightly later Great Book of Lecan?  What do we know of the later history of BB?

These questions and many more were explored at a conference organised by the Library in February 2015.

Ruairí Ó hUiginn MRIA is professor of Modern Irish at Maynooth University and Head of its School of Celtic Studies. He has published on many different aspects of Irish language and literature and is currently Chair of the Management and Editorial Committees of the Royal Irish Academy’s Foclóir na Nua-Ghaeilge.

Uáitéar Mac Gearailt is Head of the Irish Department at St Patrick's College Drumcondra, Dublin. His research focuses on the language and literature of the Middle Irish period.  He has published numerous papers on texts such as Recension 2 of Táin Bó Cúailnge, the Recension 3 Táin, Cath Ruis na Ríg, Mesca Ulad, Scéla Laí Brátha, Sex Aetates Mundi, and Togail Troí.  He is joint-editor of Studia Hibernica.

Elizabeth Boyle, Biblical history in the Book of Ballymote

Elizabeth Boyle is Lecturer in Early Irish at Maynooth University.  Her research centres on the intellectual and religious culture of early medieval Ireland.

Máire Ní Mhaonaigh, World history and historiography and the Book of Ballymote

Máire Ní Mhaonaigh is a Reader in Celtic in the Department of Anglo-Saxon, Norse, and Celtic at the University of Cambridge and a Fellow of St John’s College.

Nollaig Ó Muráile, MRIA, The Books of Ballymote and Lecan:  their structure and contents compared

Nollaig Ó Muraíle, MRIA, has recently retired as senior lecturer in Irish at NUI Galway.  Among his publications is an edition of Dubhaltach Mac Fhir Bhisigh’s Great Book of Genealogies.

Donnchadh Ó Corráin, MRIA, is emeritus Professor of Medieval History at University College Cork. He has published on many aspects of medieval Irish history: genealogy, law, literature, politics, institutions, and the Viking wars. His Clavis litterarum Hiberniae will appear shortly.

Raymond Gillespie, MRIA, teaches history at Maynooth University.  He is author of Reading Ireland: print, reading and social change in early modern Ireland (Manchester, 2005) co-author of Stories from Gaelic Ireland: microhistories from the sixteenth-century Irish annals (Dublin, 2003). Dr Bernadette Cunningham is author of The world of Geoffrey Keating (Dublin, 2000), and The Annals of the Four Masters: Irish history, kingship and society in the early seventeenth century (Dublin, 2010). She is Deputy Librarian at the Royal Irish Academy.

Pádraig Ó Macháin, The Book of Ballymote and the Irish book

Pádraig Ó Macháin is Professor of Modern Irish, and Head of the School of Irish Learning, University College Cork.  Formerly director of Irish Script on Screen, his publications (in Irish and English) include manuscript catalogues, textual editions, and local history studies.

Deborah Hayden, The Book of Ballymote and the Grammar of Irish

Deborah Hayden is a postdoctoral O'Donovan Scholar at the School of Celtic Studies, Dublin Institute for Advanced Studies.

Karen Ralph, A manuscript for MacDonagh:  reading the illumination in the Book of Ballymote

Karen Ralph received her PhD. in medieval art history from Trinity College Dublin last year.  Her doctoral research focused on the patronage of Irish illuminated manuscripts during the late Middle Ages. For the past year she has been living in Paris working as a museum educator and will shortly begin a teaching role at the American University of Paris.

Elizabeth Duncan, The palaeography of the Book of Ballymote

Elizabeth Duncan's research interests cover palaeography, codicology and manuscript production in the Celtic world.  She was awarded her PhD. at the University of Aberdeen in 2010 for her dissertation on the development of Gaelic script in the eleventh and twelfth centuries.

The Book of Ballymote: scholars, sources and patrons

Biblical history in the Book of Ballymote

World history and historiography and the Book of Ballymote

The Books of Ballymote and Lecan: their structure and contents compared

The Book of Ballymote: a genealogical treasure trove: range and purpose

The Book of Ballymote and the Irish book

The Book of Ballymote and the Grammar of Irish

The palaeography of the Book of Ballymote