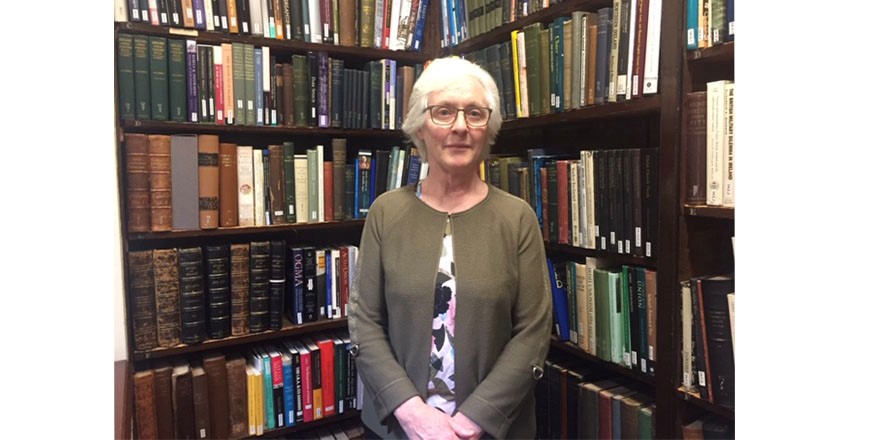 Congratulations and a fond farewell!

Our esteemed colleague Dr Bernadette Cunningham is retiring today after over twenty years at the Academy Library.

Bernie has made a massive contribution to the development of the Library since she was appointed Deputy Librarian in 1998 after working in the libraries of Trinity College Dublin and Mater Dei Institute of Education.

She has published widely on Irish history and culture and her books include The world of Geoffrey Keating (Dublin, 2000) and The Annals of the Four Masters: Irish history, kingship and society in the early seventeenth century (Dublin, 2010). She has also edited publications on topics including the history of reading and historical bibliography and has presented at national and international conferences and seminars. She was former chairperson of the Rare Books Group and a former editor of the journal Irish Economic and Social History.

Bernie’s wealth of knowledge and expertise on manuscripts in particular, meant that she quickly became one of the most authoritative  sources on Irish manuscripts in Academy collections. As editor of the Irish History Online project she coordinated a team of volunteers responsible for recording bibliographic information about publications relating to Irish history, contributing to an invaluable resource for early career academics in particular.

Bernie has curated a number of hugely successful exhibitions over the years, the most recent of which was the digital exhibition of The Cathach which was co-curated with Sophie Evans and was launched in late March 2021. Bernie was also responsible for the development of Library collections by acquiring books, periodicals and digital subscriptions and through her management of cataloguing and reader services.

Bernie provided guidance and assistance to hundreds (possibly thousands!) of scholars, researchers, and members of the public over the years and was always ready and willing to share her knowledge and expertise.

Congratulations on your retirement Bernie, may it be long, happy, and healthy. Thank you for being a wonderful colleague and for your commitment to the Academy Library.

You will be missed! 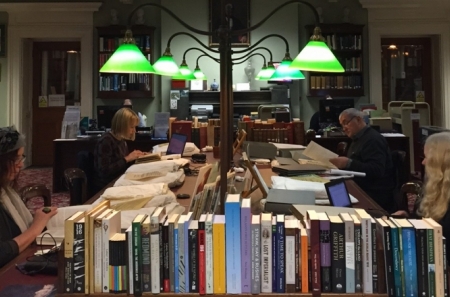 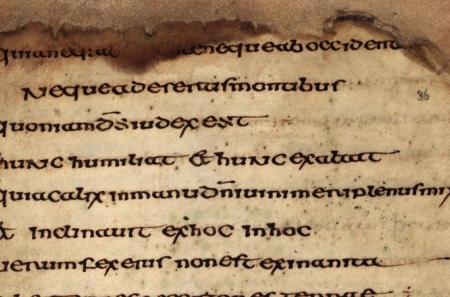