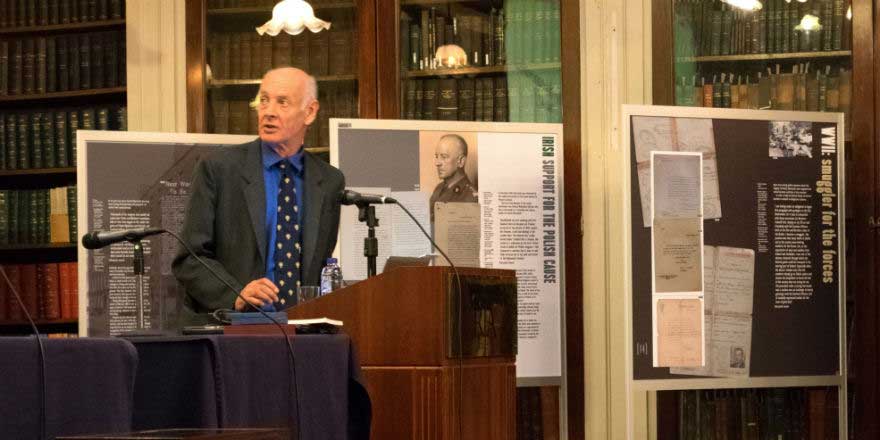 Listen Back: Lunchtime Lecture in association with the Polish Embassy's exhibition on the life and career of Consul-General Wacław Tadeusz Dobrzyński.

Ian Cantwell, grandson of the Consul-General Wacław Tadeusz Dobrzyński, gave a talk on his grandfather at the Royal Irish Academy on 10 May, 13:00.

Commemorating the birth of diplomatic relations between Poland and Ireland, this lecture accompanies an exhibition focusing on the life and career of Consul-General Wacław Tadeusz Dobrzyński, the first Polish diplomatic to serve in Ireland and one of the longest-serving diplomats in the history of the state.