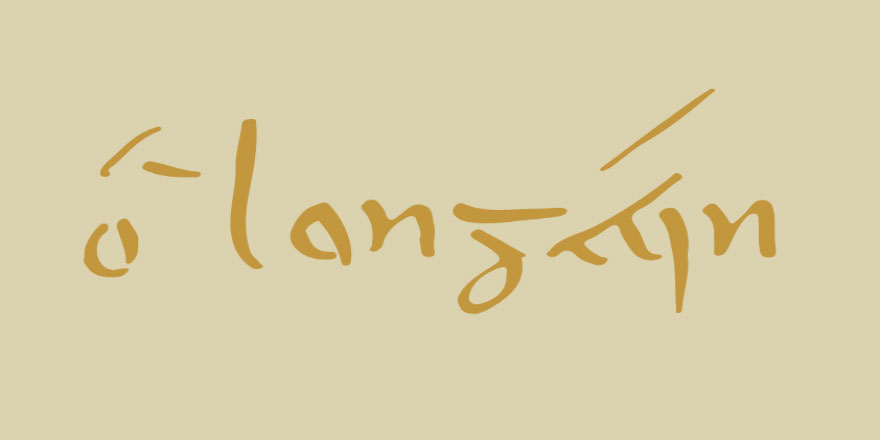 Three lectures from the series ‘Scribing for Ireland: the Ó Longáin family and the Royal Irish Academy'

In October 2015 the Library, in association with Roinn na Nua-Ghaeilge, University College Cork, organised an exhibition and a series of lectures entitled ‘Scribing for Ireland: the Ó Longáin family and the Royal Irish Academy’.

The first lecture in the series was given by Dr Meidhbhín Ní Úrdail, UCD, and looked at the remarkable contribution made by the Ó Longáin family to literary scholarship spanning 40 years. The second lecture in the series was given by artist, scribe and historian Tim O’Neill, who talked specifically about Seosamh Ó Longáin and the facsimiles he produced for the Academy. The third and final lecture was given by RIA Librarian Siobhán Fitzpatrick, who looked at the Ó Longáin family and their relationship with the Academy. Audio recordings of all these lectures are now available.

Listen to more lectures from past series here.

The Ó Longáin Family and the Royal Irish Academy

Spanning four generations of scribal endeavour, the Ó Longáin family were based successively in counties Limerick and Cork, with later generations spending time in Dublin and farther afield. They transcribed countless collections of stories, sagas, verse, historical and religious works, working from manuscript to manuscript, but also from printed publications. They also translated texts from Irish to English. Micheál Óg and Peattair composed poetry; Pól and Seosamh compiled catalogues and indexes, and Seosamh transcribed manuscript facsimiles for publication on behalf of the Royal Irish Academy.

The Ó Longáins participated in a wide network of scholarly endeavour in nineteenth-century Munster, primarily engaging in the production of copies of important texts for patrons.  Scribing was their métier and their vocation. They were respected for their knowledge of the Irish language, their commitment to the preservation of the ancient texts and their scribal skills. Almost without exception the Ó Longáin scribes experienced periods of severe poverty, eking out a meagre existence, living hand to mouth. They had families to support through times of rebellion and famine. Recurring references in the Academy archives attest to their impecunious state and their precarious situations.   They worked as agricultural labourers, toll clerks and school masters to support themselves but a love of the manuscript tradition and a compulsion to engage in the transmission of texts were their driving forces. Those who were in positions of influence, such as Bishop of Cloyne & Ross, Rt. Rev. Seán Ó Briain (1748-69), Bishop of Cork, Dr John Murphy (1815-47) and John Windele (1801-65), the Cork antiquarian scholar, assisted with commissions and encouraged others to do so. The Royal Irish Academy provided work for Pól and later Micheál, son of Seosamh. Seosamh was engaged as Academy scribe in 1865 in place of Eugene O’Curry whose death in 1862 had left a major gap in the Academy’s manuscript project. He worked for the Academy until his own death in 1880.

Proud of their language and of the history, poetry and prose it conveyed over centuries, the Ó Longáin family by their tenacious adherence to the scribal tradition, ensured the preservation of hundreds of texts for generations to come. Their work is held in the collections of Maynooth University, the National Library of Ireland, University College Dublin and the Royal Irish Academy, as well as numerous other libraries in Ireland, the UK and beyond. The Academy holds in excess of 230 manuscripts composed or transcribed by the Ó Longáin family.