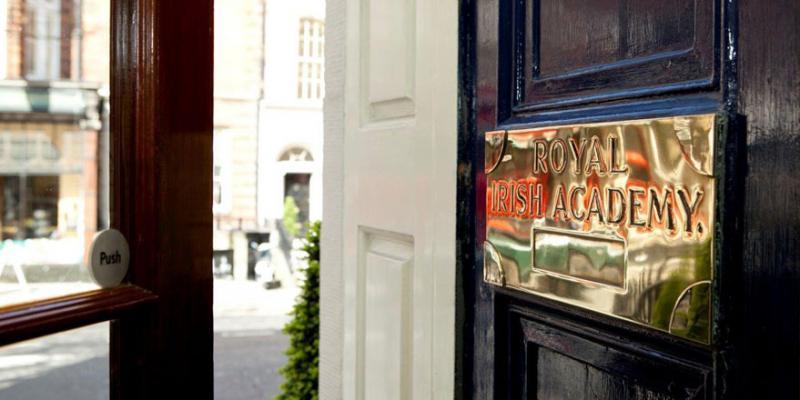 Today 28 new Members of the Royal Irish Academy were elected for their exceptional contribution to the sciences, humanities and social sciences as well as to public service. They include the poet Eavan Boland, public servant Martin Mansergh, geologist Koen Verbruggen, and educationalist Áine Hyland.

Professor Peter Kennedy, President of the Royal Irish Academy, said, 'We should be proud of these new Members of the Academy for the honour their work brings to this country and the impact of this research on the quality of the higher education provided by our universities.'

On Brexit Professor Kennedy said, 'The Governments Brexit Strategy should seek to preserve the close research links between Ireland and the UK. Between 2012 and 2016 over 12,900 research papers were produced from collaborations between Irish and UK researchers – more than all the publications with Germany and France combined.'

The 28 new Members of the Royal Irish Academy are:

There are 591 Members of the Royal Irish Academy (of whom 87 are Honorary or overseas Members) including, Nobel Laureate William C. Campbell; Louise Richardson, Vice-Chancellor of the University of Oxford; Mary E Daly, historian and Commissioner Mother and Baby Homes Commission of Investigation; Brian MacCraith, physicist and President of Dublin City University; Frances Ruane, economist and Chair of the Abbey Theatre board; and Mary Kelly, chemist and chairperson of An Bord Pleanála. Those elected are entitled to use the designation ‘MRIA’ after their name.

The Academy has been honouring Ireland’s leading contributors to the world of learning since its establishment in 1785. Past Members have included Maria Edgeworth, a pioneer of the modern novel, master engineer Alexander Nimmo, and Nobel laureates WB Yeats, Ernest Walton, Erwin Schrödinger and Seamus Heaney.