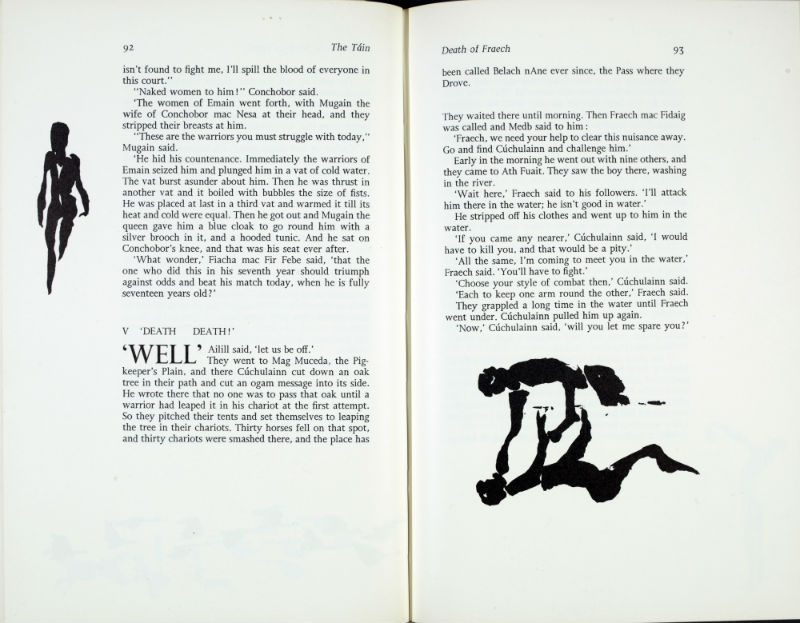 Modern Ireland in 100 Artworks: The Táin

The Táin, by Thomas Kinsella and Louis le Brocquy, 1969

‘One of the odder effects of the explosion of youth culture in the 1960s and early 1970s was what might be called a second Celtic Revival in Ireland. In the search for an alternative, anti-establishment aesthetic, the notion of a pre-Christian “Celtic” world promised a kind of authenticity that dovetailed with the international counterculture. This interest in turn gave an unexpectedly contemporary energy to one of the most prestigious high-art projects of the era: the collaboration between the poet Thomas Kinsella and the painter Louis le Brocquy (see 1951) on a translation of the old Irish epic Táin Bó Cúailnge.’

Read the full article in the Irish Times

The work of Louis LeBrocuy features in Vol V: Twentieth Century of Art and Architecture of Ireland