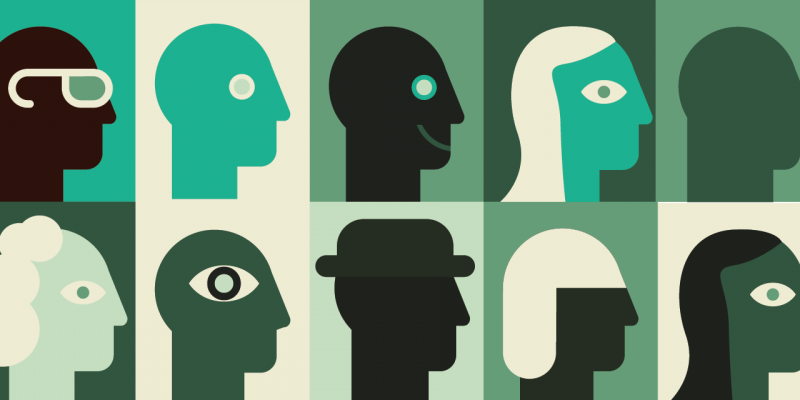 The Irish language poet (1910-1988) was born in Sruthán on Inishmore in the Aran Islands. The son of a small-farmer, Máirtín Ó Direáin spoke only Irish until his mid-teens. He worked as a civil servant from 1928 until 1975.

Read the full article in the Irish Times:

Find out more about the life and career of the poet in the Dictionary of Irish Biography:

Ó Direáin, Máirtín (1910–88), poet, was born 26 November 1910 in Inis Mór, Aran, Co. Galway, the eldest of the three sons and one daughter of Seán Ó Direáin, small farmer, and Mairéad Ní Dhireáin (widow of Labhrás Mac Confhaola), both of Inis Mór. His father died in 1917, aged forty-three, leaving his mother to rear a family of four on less than 20 acres of land. Educated at the local national school, he left Aran to join the post office in Galway in January 1928. He was involved with the Irish-language movement during the late 1920s and 1930s, during which time he was secretary of the Galway branch of the Gaelic League and wrote for and acted on the stage of the Taibhdhearc Theatre. In July 1937 he moved to Dublin to work as a clerical officer in the Department of Posts and Telegraphs and later in the Department of Education. Inspired by a lecture given by the poet and Gaelic scholar Tadhg Ó Donnchadha (qv) (Torna), he began writing poetry in Irish in the winter of 1938. (Both of his brothers, Seán and Tomás, also published some poems in Irish.) Unlike Torna, however, who advocated and practised a poetry based on traditional Gaelic metres, Ó Direáin favoured a rhythmically measured form of free verse. He published his first collection, Coinnle geala, in 1942, quickly followed by Dánta aniar (1943), both at his own expense. In 1949 a volume of selected poems, Rogha dánta, was one of the first books published by the newly founded Irish-language publisher Sáirséal agus Dill.

These books heralded not just a new voice, but a new generation of modern poets in Irish, distinct in outlook and ambition from most of the revivalist poets who preceded them. The leading figures of this generation, Ó Direáin,Seán Ó Ríordáin (qv) and Máire Mhac an tSaoi (1922–), all published poems in various Irish-language journals during the 1940s, though the latter two poets did not produce their first collections until the 1950s. Ó Direáin's poetry is less thematically and linguistically adventurous than that of Ó Ríordáin (whom he nevertheless defended in print against the dogmatic criticism of Ó Ríordáin's traditionalist detractors), and less consciously indebted to tradition than that of Mhac an tSaoi.

His early lyrics celebrate the traditional virtues of island life and mourn its passing because of increasing modernisation and population shifts toward the major cities. One of the best known of these poems, ‘Stoite’ (‘Uprooted’), sets up a gloomy contrast between a traditional life in tune with nature's rhythms, destined to endure in communal memory, and the fruitless urban existence of the contemporary office worker. This theme of uprootedness (‘stoiteachas’, to use the poet's term) haunted his work throughout the 1950s and early 1960s. During this period he published his two most significant collections, Ó Mórna agus dánta eile (1957) and Ár ré dhearóil (1962), both of which take their titles from ambitious, and uncharacteristically long, poems. Ó Mórna, a poem of which there are two published versions, charts the colourful life of a proud, amoral tyrant, a figure based loosely on traditional accounts of a hard-living nineteenth-century landlord's agent from Aran. Ó Mórna represents, in the poet's view, the timeless Übermensch whose will to power is boundless and awesome. Ár ré dhearóil (‘Our wretched era’) is an excoriation of the loveless hedonism of a middle-class Dublin populated by lonely bachelors, bitter spinsters, and immoral, though free-spirited and well-educated, women. The poem, which ends with an ominous if oblique warning against the threat of nuclear annihilation, bears some comparison with T. S. Eliot's ‘The waste land’. Eliot, Ezra Pound and W. B. Yeats (qv) were key influences alongside the canonical figures of seventeenth- and eighteenth-century Gaelic poetry. Ó Direáin's strong social conscience was registered early on in poems such as ‘An Stailc’ (‘The strike’). His life-long adherence to traditional nationalist values and his scornful attitude to what he perceived as the mercenary embrace of American-style capitalism in the changing economic climate of Ireland in the 1960s is most trenchantly voiced in poems such as ‘Éire ina bhfuil romhainn’ (‘Ireland in times ahead’) and ‘Mar chaitheamar an choinneal’ (‘As we spent the candle’).

He was an active member of the Irish-language literary groups Cumann na Scríbhneoirí and Cumann na hÉigse, and published essays on a variety of topics throughout the 1940s and 1950s in magazines such as Ar Aghaidh,An Glór, Comhar and Feasta. A selection of mostly autobiographical essays, Feamainn Bhealtaine (1961), casts valuable light on the Aran of his youth and early adulthood. He was registrar for the National College of Art (1948–55), where he got to know such prominent artists as Seán Keating (qv), Maurice MacGonigal (qv) andNano Reid (qv), whose artwork adorned Rogha Dánta. From 1955 until his retirement from the civil service in 1975 he was a staff officer in the Department of Education. Cloch choirnéil appeared in 1966, followed by Crainn is cairde (1970) and Ceacht an éin (1979).

The most comprehensive selection of the poetry, Máirtín Ó Direáin: dánta 1939–1979 (1980), edited by Eoghan Ó hAnluain, covers all but two final volumes, Béasa an túir (1984) and Craobhóg dán (1986), neither of which add much of major significance to his oeuvre. A bilingual selection, Selected poems: Tacar dánta (1984), includes translations by Tomás Mac Síomóin and Douglas Sealy. In 1969 Ó Direáin delivered a series of lectures on his own work in UCD, later edited by Eoghan Ó hAnluain as Ón ulán ramhar siar (2002), which provided useful background information on many individual poems. He received the Irish-American Cultural Institute award in 1967 and was made a member of the Irish Academy of Letters in 1970. In 1977 he received an honorary D.Litt. from the NUI and the Ossian-Preis of the Freiherr von Stein Foundation in Hamburg. He was a full-time visiting lecturer in the department of Irish in UCG for the academic year 1978–9. Ó Direáin married Áine Colivet, a Dubliner of French extraction, in 1945. Their only child, Niamh, was born in 1947. He died 19 March 1988 in Dublin. 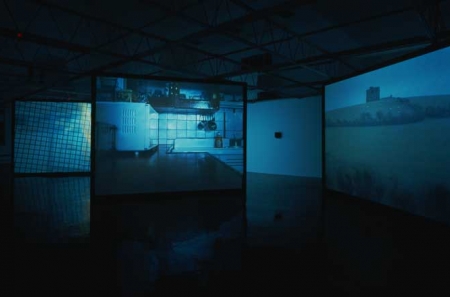 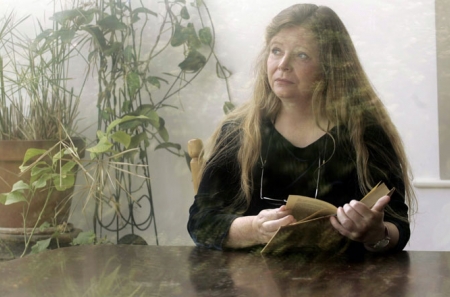 The collection Cead Aighnis contains some of Ní Dhomhnaill’s most harrowing poems.