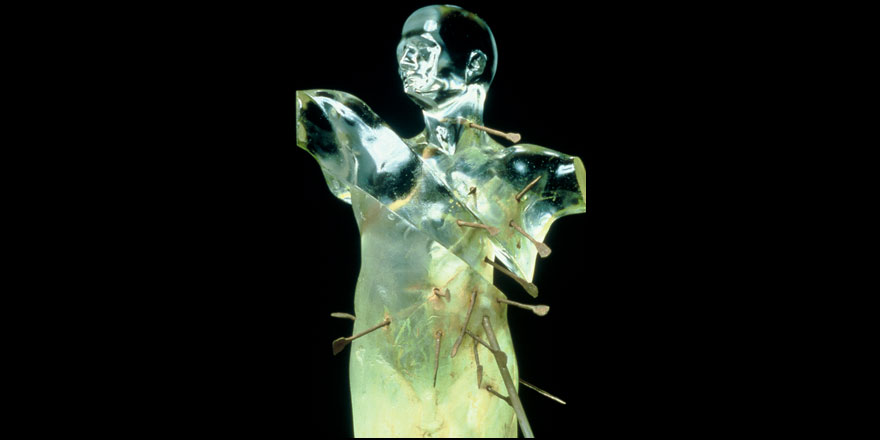 This week’s Modern Ireland in 100 Artworks is 'Belfast After Pollaioulo' by Clifford Rainey.

This week’s Modern Ireland in 100 Artworks is 'Belfast After Pollaioulo' by Clifford Rainey.

Born in 1948 in Whitehead Co. Antrim, Clifford Rainey began his career as an apprentice in linen and damask design at William Ewart and Son Ltd. Belfast.

After completing an MA degree at the Royal College of Art in London (RCA), he established his studio there, exhibiting frequently in Europe.

'"'Belfast After Pollaioulo' draws together Rainey’s interest in the depiction of St Sebastian and its iconography through the history of Western art, and his interest in the troubled history of Belfast and Northern Ireland in the twentieth century."

Find out more about Clifford Rainey in the essay from Art and Architecture of Ireland Volume III.

Keep up with the Modern Ireland in 100 Artworks series.

Let us know what you think of the artworks so far, get in touch on twitter @riadawson and facebook.