Dr Maura Hiney, Ireland’s nominee to the ALLEA Permanent Working Group on Science and Ethics (PWGSE) has been appointed as its Chair for a four-year term. Dr Hiney takes over from Professor Göran Hermerén, Professor of Medical Ethics at the Faculty of Medicine, Lund University, Sweden. The Working Group has covered a wide range of issues relating to ethics and integrity to date.

The flagship publication of the group is the European Code of Conduct for Research Integrity, which is now regarded as one of the most comprehensive guides outlining how researchers should conduct their work and was formulated through extensive stakeholder consultation. The Code is used as a reference document for all Horizon 2020 funded research grants and has been translated to many languages. The group also has worked on ethical aspects of open access publishing, organizing a workshop ‘Ethical Aspects of Open Access’ in 2018 and preparing an ALLEA response to Plan S, which explored the perverse incentives and unintended consequences that such a bold initiatives could introduce and teasing out the significant interactions and dependencies with other important areas of policy for science.

In 2020, the group began developing its thinking on “Evaluating science in more meaningful and ethical ways” and will co-host a workshop on this topic with the Global Young Academies next month, out of which a Statement will be developed. This workshop addresses two questions that are central to the conduct of scholarly work: Why do we evaluate the outputs of publicly funded research, and how do we make the evaluation match its purpose?This builds on work underway by Dr Hiney with Australian colleagues on a plenary session on Responsible Evaluation of Research and Innovation at the 6th World Congress on Research Integrity. For 2021 the Working Group will focus on a refresh of the European Code of Conduct, in collaboration with the European Commission, which will explore what changes in the research environment will need to be incorporated.

After being appointed Dr Hiney said:

‘’Becoming Chair of this Working Group is an honour that presents me with a fantastic opportunity to build awareness and policy visibility across Europe and within the European Commission about issues of ethics and research integrity that impact the quality and credibility of the rich outputs of the research community. Such trust in science by policymakers and the public is more important now that every before.’’

The Royal Irish Academy is a proud member of ALLEA and welcomes the appointment of Dr Hiney as Chair of one of its timely international projects. Dr Hiney has been an excellent representative and ambassador of the Academy for several years and would like to congratulate Dr Hiney on having her hard work recognised by ALLEA. Brian Norton MRIA, the Academy’s Policy and International Relations Secretary, said:

“Dr. Hiney brings an enormous wealth of experience on the interface between Science and Ethics. She is an excellent appointment to this important committee, as it takes forward addressing the increasing complex challenges of scientific ethos. On behalf of The Royal Irish Academy, we wish her great success in this role.” 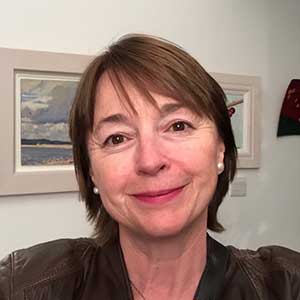 Dr Maura Hiney has a Phd in Molecular Diagnostics and Epizootology from the National University of Ireland Galway. She is currently Head of Post-Award and Evaluation at the HRB, managing and evaluating a funding portfolio of approximately €180M, and developing supporting policies. From 1990-1999 she worked as a senior researcher and managed a disease diagnostics service for the Irish fisheries industry and from 2000-2007 Maura was Director of Research Support Services for NUI Galway.  She has been influential in raising awareness of RI issues in Ireland and elsewhere, establishing a National RI Forum and developing a national RI policy. She Vice-President of the European Network of RI Offices (ENRIO) and Chair of the ALLEA Working Group on Science and Ethics, with whom she coordinated a revision of the European Code of Conduct on RI in 2017. She sits on the Policy Advisory Boards of the EU-funded ENTiRE, Paths2Integrity and VIRT2UE projects, and is a partner in the SOPs4RI CSA.

ALLEA is the European Federation of Academies of Sciences and Humanities, representing more than 50 academies from over 40 EU and non-EU countries. Since its foundation in 1994, ALLEA speaks out on behalf of its members on the European and international stages, promotes science as a global public good, and facilitates scientific collaboration across borders and disciplines.

The Permanent Working Group on Science and Ethics (PWGSE) is concerned with a wide range of issues, both ‘internal’ (within the scientific community) and ‘external’ (relations between science and society). Since ethical considerations have been an essential component in the consolidation of a united Europe, and also in the creation of ALLEA, the PWGSE was established to bring together experts from academies across Europe and provide them with a platform for continuous debate on research ethics and research integrity.