SAPEA Report: ‘Making Sense of Science for Policy under Conditions of Complexity and Uncertainty’

SAPEA Report Summary: ‘Making Sense of Science for Policy under Conditions of Complexity and Uncertainty’

To mark the latest SAPEA report, the Academy recently held a workshop with a high-level panel of experts.

Now more than ever, policymakers need good quality science advice to inform their decisions. Yet, the very policy issues for which scientific input is most needed are the ones where the science itself is often complex and uncertain. This challenge, however, is being tackled by SAPEA (Science Advice for Policy by European Academies). SAPEA is part of the European Commission’s Scientific Advice Mechanism and together with the Group of Chief Scientific Advisors provides independent scientific advice to European Commissioners to support their decision-making.

‘Making Sense of Science for Policy under Conditions of Complexity and Uncertainty’, a new Evidence Review Report by SAPEA was written by a multidisciplinary group of leading scientists, nominated by academies across Europe. Some of the report’s key conclusions include:

The SAPEA report was among the key sources of evidence for the new Scientific Opinion from the European Commission’s Group of Chief Scientific Advisors, entitled ‘Scientific Advice to European Policy in a Complex World”. The key recommendations of that Opinion include:

After opening remarks by the Royal Irish Academy President, Professor Michael Peter Kennedy PRIA, an introduction to the Scientific Advice Mechanism and the Group of Chief Scientific Advisors was given by Professor Rolf-Dieter Heuer, Chair of the European Commission’s Group of Chief Scientific Advisors. Chaired by Dr Cliona Murphy, Dublin City University and Chair of the ALLEA (European Federation of Academies of Sciences and Humanities) Science Education Working Group, Session 1 then heard from Professor Ole Petersen, Vice-President of Academia Europaea, who gave an overview of the work of SAPEA. Professor Maria Baghramian MRIA, University College Dublin and Ireland’s contributor to the SAPEA report, then presented some of the findings from the Making Sense of Science Evidence Review Report, and was followed by Professor Heuer’s second presentation which was on the role of scientific advice in the current complex climate. Finally, Professor Peter Halligan, Chief Scientific Adviser for Wales gave a presentation entitled ‘How a Chief Scientific Advisor experiences science advice’ before Dr Murphy facilitated an engaging discussion between the audience and the speakers.

The second session of the day, Chaired the Academy’s Science Secretary, Professor Pat Guiry MRIA, consisted of a panel discussion about science advice in Ireland. Session 2’s speakers were Jasmina Behan, Head of the Irish Government Economic and Evaluation Service (IGEES), who outlined the role of the IGEES and the use and value of evidence, Dr Charles Larkin, Director of Research, Institute for Policy Research, University of Bath, who spoke about the science-policy interface in action, and Professor Luke Drury MRIA, Professor Emeritus, Dublin Institute for Advanced Studies, who described the function of academies in science advice.

Professor Heuer is an experimental particle physicist and was Director-General of the European  Organization for Nuclear Research from January 2009 until December 2015. From 2004 to 2008, he was research director for particle and astroparticle physics at the DESY laboratory, Germany where he oriented the particle physics groups towards LHC (Large Hadron Collider) by joining both large experiments, ATLAS and CMS. He has initiated restructuring and focusing of German high energy physics at the energy frontier with particular emphasis on LHC (Helmholtz Alliance “Physics at the Terascale”). In 2016 he became President of the German Physical Society. He is designated President of the Council of SESAME (Synchrotron-Light for Experimental Science and Applications in the Middle East). Professor. Heuer has published over 500 scientific papers and holds many Honorary Degrees from universities in Europe, Asia, Australia and Canada. He is Member of several Academies of Sciences in Europe, in particular of the German Academy of Sciences Leopoldina, and Honorary Member of the European Physical Society. In 2015 he received the Grand Cross 1st class of the Order of Merit of the Federal Republic of Germany.

Ole Petersen is Professor of Physiology in the School of Biosciences at Cardiff University. As one of the world’s prominent physiologists, he leads a research group on disease of the pancreas. Professor Petersen was elected Fellow of the Royal Society in 2000, Member of the German National Academy of Sciences Leopoldina in 2010 and gave the Leopoldina Lecture in 2012. He received the Nordic Insulin Foundation’s Jacobaeus Prize (1994), the Czech Academy of Sciences’ Purkynĕ Medal (2003) and was appointed Commander of the Order of the British Empire in 2008 for ‘Services to Science’. In 2017, he was elected Honorary Member of the German Society for Gastroenterology, Digestive & Metabolic Diseases. More recently, he received the American Physiological Society’s Walter B Cannon Memorial Award. Professor Petersen is Vice-President of Academia Europaea and Director of the Academia Europaea Cardiff Knowledge Hub. He has been appointed Chief Editor of American Physiological Society’s Open Access flagship journal ‘Function’ to be launched 2020.

Maria Baghramian is Professor of American Philosophy at University College Dublin. She has published on relativism, pluralism, and contemporary American philosophy. Professor Baghramian was elected a Member of the Royal Irish Academy in 2010 and in that capacity she was a member of the British Academy/ALLEA working group on ”Truth, Trust, and Expertise” and one of the authors of the  SAPEA report  ‘Making Sense of Science for Policy under Conditions of Complexity and Uncertainty’. For the next three years she will be coordinating a Horizon 2020 research project on “Policy, Expertise and Trust in Action” which was awarded €3 million by the European Commission. The project follows the “When Experts Disagree’’ project, an interdisciplinary research project funded by the Irish Research Council where the co-PI was the astrophysicist Luke Drury.

Professor Halligan became Chief Scientific Adviser for Wales in March 2018. He was the founding Director of Cardiff University’s Brain Research Imaging Centre and Dean of Interdisciplinary Studies. In 2012, he joined Universities Wales as Head of Strategic Futures and in 2015 he became Chief Executive of the Learned Society of Wales. He is co-editor of the international journal Cognitive Neuropsychiatry, has published over 200 papers and edited 10 books. He is a former Director of the British Neuropsychiatry Association, and a member of QS World University Rankings Advisory Board and Science Advisory Council for Wales. In 1993, Professor Halligan was awarded the British Psychological Society’s early career Spearman Medal for outstanding published research and in 2005 the British Psychological Society’s Presidents’ Award for outstanding contributions to psychology. From 2010-2014, he was Chair and Academic Lead of the Welsh Crucible, a flagship researcher development programme which won the Times Higher Education Award for Outstanding Contribution to Leadership Development in 2013.

Jasmina Behan is the Head of Irish Government Economic and Evaluation Service (IGEES) in the Department of Public Expenditure and Reform. Her role is to lead on the development of the analytical capacity of the Irish Civil Service to support evidence informed public policy development and implementation. Jasmina started her career as an economist in Teagasc Rural Economy Research Centre, where she worked on modelling the environmental impacts of agricultural activities, and also worked for 14 years as a labour market economist providing research support to Ireland’s Expert Group on Future Skills Needs, the Department of Education and Skills, Regional Skills Fora, Department of Jobs, Enterprise and Innovation and other Ministries and Government bodies. Jasmina led the development of the National Skills Database which was awarded the Innovation in Government Award in 2008. During her career to date, Jasmina has contributed to the policy development across a variety of areas including labour market, education and training, immigration and healthcare. Jasmina has also contributed to the improvements of the administrative data infrastructure (primarily in the Further Education and Training sector), which fit in the broader context of the National Data Infrastructure initiative.

Professor Luke Drury graduated from Trinity College Dublin in pure mathematics and experimental physics in 1975 and went on to study astrophysics in Cambridge, UK obtaining his PhD in 1979.  He then worked in Heidelberg before returning to Ireland and the Dublin Institute for Advanced Studies in 1986. He was elected a Member of the Royal Irish Academy in 1995, elected President 2011-2014 and currently represents the Academy on the board of ALLEA, the European Federation of Academies of Sciences and Humanities. He was co-PI with Maria Baghramian on the Irish Research Council funded interdisciplinary project “When Experts Disagree” and a member of the ALLEA working group on “Trust, Truth and Expertise”.

Dr Charles Larkin is the Director of Research at the Institute for Policy Research at the University of Bath. He also is an adjunct Professor at Johns Hopkins University and guest lecturer to the Institute for Public Administration. He retains research ties to Trinity College Dublin and is a member of the Governing Authority of the Technological University Dublin and the Education Board of Accounting Technicians Ireland. Dr. Larkin has been working in Leinster House as a political and policy adviser since 2011, most recently on healthcare reform advising the Chairman of the Joint Oireachtas Committee on Health. Dr. Larkin is an economist by training and has published in economic history, cryptocurrencies, banking regulation and the impact of the Troika Bailout on Ireland.

SAPEA (Science Advice for Policy by European Academies) brings together outstanding expertise in engineering, humanities, medicine, natural and social sciences from over 100 academies, young academies and learned societies across Europe.

SAPEA is part of the European Commission’s Scientific Advice Mechanism. Together with the Group of Chief Scientific Advisors, SAPEA provides independent scientific advice to European Commissioners to support their decision-making. SAPEA also works to strengthen connections between Europe’s academies and Academy Networks, and to stimulate debate in Europe about the role of evidence in policymaking.

SAPEA Report: ‘Making Sense of Science for Policy under Conditions of Complexity and Uncertainty’

SAPEA Report Summary: ‘Making Sense of Science for Policy under Conditions of Complexity and Uncertainty’

This new ALLEA statement examines the current patent system in the context of the ideals and objectives of open science and recommends, among others, the introduction of grace periods in patent applications to make... 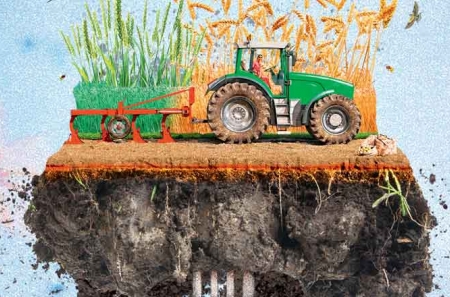