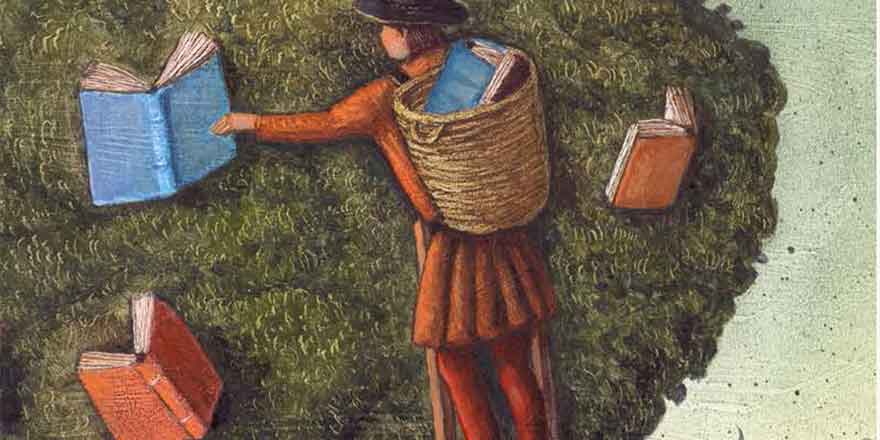 Libraries and archives: ‘Guardians of the word hoard’

Libraries and archives: ‘Guardians of the word hoard’ by Siobhán Fitzpatrick and Mary O’Dowd, MRIA emphasises the importance of the written record as a resource for research and community memory but also as an essential tool in a functioning democracy

Ireland experienced the loss of seven centuries of records with the destruction of the Public Record Office in 1922.  The laudable aim of the ‘Beyond 2022’ project — www.beyond2022.ie — is to retrieve as much as possible of the lost documentation through the digitisation of surviving copies and transcripts.  In the new Royal Irish Academy paper, Libraries and archives: ‘Guardians of the word hoard’, the authors, Mary O’Dowd and Siobhán Fitzpatrick, note, however, that there is a significant current risk of loss by omission in relation to electronic records and born-digital material generated by government, state bodies and others. Born-digital/electronic records need to be properly conserved and formatted over time to ensure their retrievability.

The new paper focusses on a number of key issues, making seven priority recommendations.  The authors emphasise the continuing problems created by poor staffing levels in the National Library of Ireland and National Archives of Ireland, which are considerably below those of equivalent institutions in other countries.  Lack of staff makes it difficult for the two national cultural institutions to provide an adequate service for the public.  Both institutions have also struggled to perform essential tasks such as the cataloguing of holdings and making them available to readers.

Covid-19 has compounded these problems.  In particular, the pandemic has highlighted the importance of enhanced digitisation agendas for all libraries and archival institutions.  Health experts have identified that engaging in local historical research, family history, genealogy and other cultural heritage activities involving libraries and archives, is good for the general well being of a community.  This cannot, however, be satisfactorily done without access to online archival resources and without adequate dedicated library and archival staff to create and curate them.

Another key issue concerns the many state bodies not covered by the National Archives Act (1986).   The records of the HSE do not come under the terms of the Act as it was formed post 1986.  The debate on the final Report of the Mother and Baby Home Commission also noted that Tusla is not legally required to transfer its records to the National Archives.  Neither are bodies such as Uisce–Irish Water, the Office of the Data Protection Commissioner, Cross-Border bodies established under the Good Friday Agreement and a plethora of  other agencies.  Failure to address this major gap is a failure to ensure public accountability, transparency and  the preservation of state records.

One wonders how historians of the future will assess our responses to the current pandemic and to myriad societal issues if records are not properly retained, preserved and made accessible to the public.  Should that not be a cornerstone state responsibility  in any functioning democracy in which truth matters?  As Fintan O’Toole, MRIA notes in his Irish Times column, 23 Feb. 2021, ‘there is an arrogance’ in the State’s attitude to public policy on archive preservation —
… a notion that there is nothing going on now that we will, in the future, have to account for. A State that is not willing to face the judgment of history is one that is, deep down, not proud of itself.

Libraries and archives: ‘Guardians of the word hoard’ is a paper by historian Mary O’Dowd, MRIA and former Academy Librarian, Siobhán Fitzpatrick, compiled on behalf of the Academy’s Working Group on Culture and Heritage.  The paper originated as a response to the government’s Heritage 2030 draft plan which embraces material heritage as well as the archaeological and built heritages, and encompasses biodiversity and much more within its scope.  However, there is little reference in the plan to the written record of our country as a heritage resource for research and community memory and as an essential tool in a functioning democracy, where accountability matters and the failure to save records leads to loss in many different ways.

The key issues raised in the paper have also been cogently highlighted in an Irish Times piece by Fintan O’Toole, MRIA.

Libraries and archives: ‘Guardians of the word hoard’