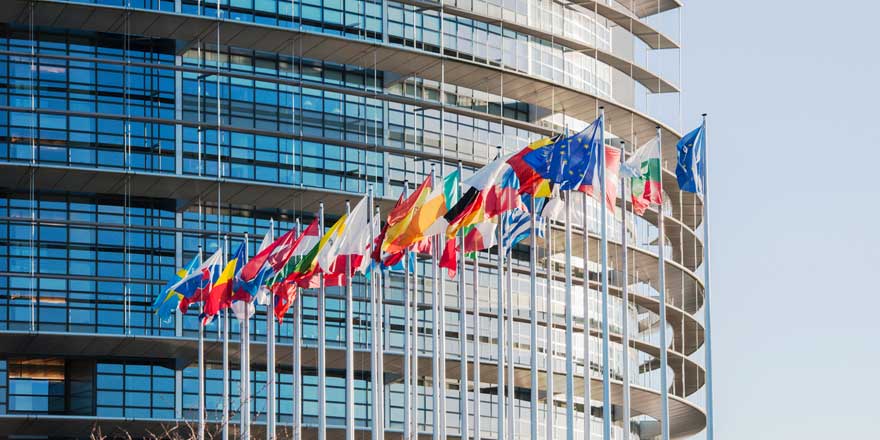 The RIA and the British Academy launch a joint series of briefing papers aimed at considering key issues related to UK's withdrawal from the EU.

The Royal Irish Academy (RIA) and the British have today published the first in a series of briefing papers on some of the key issues for UK-Ireland relations that must be addressed as the UK negotiates its withdrawal from the EU.

These policy discussion papers form part of a series harnessing the expertise within both Academies, to highlight issues for Ireland and the UK as the Brexit negotiations continue.

The briefings published today cover the history of the Irish land border, legal and political questions relating to the border today, rights in the context of the Good Friday Agreement and the common tavel area.

'Working in partnership with our colleagues in the British Academy, we are delighted to launch this series of briefing papers, which we hope will play a critical role in informing public debate on a range of topics that need to be addressed for both the island of Ireland, and for UK-Ireland relations, as a result of Brexit.

As an all-island body, the RIA - working closely with the British Academy - is ideally placed to convene and harness expert opinion as we begin to consider the full range of multifaceted issues arising from the UK's decision to leave the EU.

In doing so, we hope that this joint briefing paper series will perform a signal service to policymakers and negotiators, by providing evidence-based and solution focused contributions aimed at creating successful post-Brexit outcomes for Ireland, Northern Ireland and the remainder of the UK.'

'After Brexit, Northern Ireland will be in the unique position of sharing a border with an EU Member State, with serious implications for citizens, travel and trade, and the peace agreement in Northern Ireland, among many other issues. These briefings are the first in a series which draw on the insight of leading minds in the social sciences and the humanities to unravel some of the constitutional complexities of Brexit.

By shedding light on the history of the Irish land border, for example, our expertise can inform debate on any future border settlement, and by examining rights and the Good Friday Agreement, we can suggest how Brexit will reshape devolved government in Northern Ireland.

We hope these briefings provide evidence, inform debate and suggest solutions that will safeguard peace and prosperity across the island of Ireland as the Brexit negotiations continue.'

The first four papers in the series are now available to download here:

To learn more about the work of the RIA's Brexit Taskforce and to review relevant Brexit related outputs, statements and submissions, please click here

A new generation of scientific methods are helping to better understand health inequalities in Europe, but investments in data infrastructures are required to make use of its full potential for informing policymaking,...

The Higher Education Futures Taskforce has developed a series of discussion papers on the future of higher education.