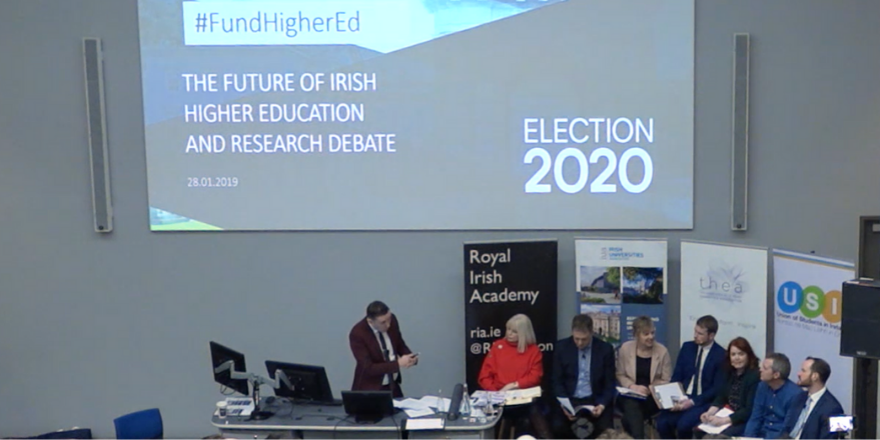 On the 28 January, a debate was held on the future of higher education and research in Ireland, with spokespersons from the major political parties ahead of #GE2020.

The Royal Irish Academy, the Irish Universities Association, Technological Higher Education Association and the Union of Students in Ireland joined forces for this event in TCD Business school which saw representatives from seven of the political parties come together to answer questions in front of an audience of students and others interested in the issues facing Higher Education and Research in Ireland. The event was opened by Patrick Prendergast, Provost of Trinity College Dublin and Chair of the Irish Universities Association who warned that underfunding in the sector was a "time-bomb" which needed to be addressed. The debate was moderated by Shane Coleman, current affairs broadcaster and writer.

The debate can be watched in full below...