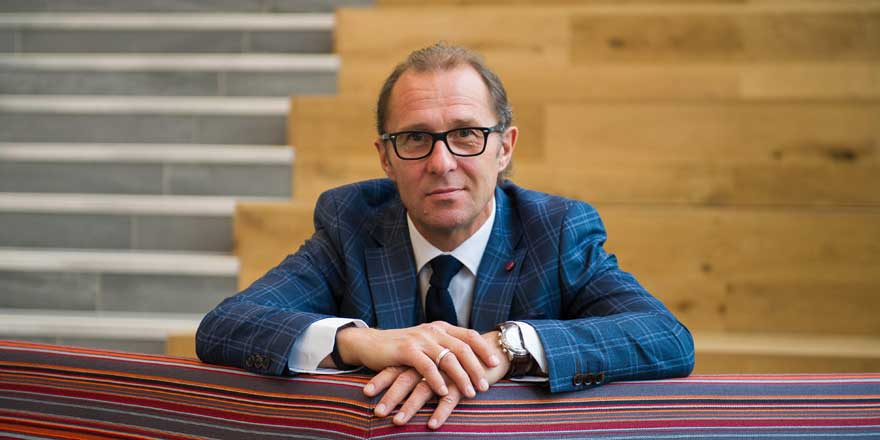 Referendums are won (or lost) online. There needs to be a thorough regulation of social media during a campaign, an issue not addressed in a recent report.

‘Panic isn’t required; preparation for all eventualities is,’ wrote Alex Kane, a former Ulster Unionist Party communications director and now a columnist in the Belfast Telegraph’.

Since the 2016 Brexit referendum—in which a majority in Northern Ireland voted to stay in the European Union, while the overall majority of voters in the United Kingdom voted to leave—a poll by Lord Ashcroft found a small majority of 51 percent of the voters in Northern Ireland in favour of unification. Not a massive upsurge, but still an indication that all do well to plan for ‘all eventualities’. Mr Kane’s succinct assessment was cited in the modestly titled Interim Report of the equally inconspicuous sounding Working Group on Unification Referendums on the Island of Ireland.

Behind this inobtrusive title is a group of what can only be described as the good and the great of all academic discussion pertaining to Northern Ireland. As I write in my more highbrow analysis in the forthcoming issue of Irish Studies in International Affairs, special focus: ARINS, the authors touch upon all the relevant issues, except one: online campaigning.

This is rather odd. It is not that the issue is unknown. Keen students of such matters (and there are more of them than you think), will recall that the Irish Standards in Public Office Commission expressed concern that ‘Facebook campaigns are not regulated by this legislation—meaning individuals or groups from anywhere can pay for Facebook advertising targeting certain demographics of Irish voters’. And, as many would know, the Brexit campaign in the United Kingdom was in part won because Dominic Cummings—the leader of Vote Leave—was able to harvest data from Facebook, and target the voters. The rest is history. The chronicle of how this happened is part of a book I have just published with two colleagues of mine, The referendum in Britain: a history.

If a possible referendum on unification of the two jurisdictions on the island of Ireland is to be held—and that looks increasingly likely—online campaigning and social media must be regulated.

The pioneering experience of other countries serves as inspiration, for example, Estonia, Latvia, Iceland and Portugal.

It is well-known that Russia has on several occasions used cyber-warfare to interfere in domestic affairs in their small eastern neighbours. For this reason, Estonia (a particular target of Putin’s government) has been at the forefront of developing mechanisms to hinder interference. After a cyber-attack in 2007, the Riigikogu (the Estonian parliament) passed the Advertising Act, which bans political advertising on the internet, including ‘subliminal techniques’.

Other countries have followed suit. Neighbouring Latvia, for example, has prohibited ‘hidden campaigning’, and explicitly cites advertising on the ‘Internet’.

If the future referendum is to be fair, similar mechanisms must be introduced.

Some might argue that the Baltic nations are a special case. Perhaps so. But, it is not just in these former Soviet republics that social media in referendums is regulated. Our near neighbour Iceland is another country where online anonymous campaigning is restricted and regulated. In Iceland, political bodies (not just parties) are  prohibited from financing or taking part in the publishing of any campaign-related material without making their affiliation public. And, just to show that this is not merely something that happens in colder countries, in Portugal there is legislation in place to ensure that social media is not abused. In cases of violation of these regulations, there is a sanctioning regime, according to which breach of rules pertaining to commercial advertising may result in fines of between €15,000 and €75,000.

It is difficult to see why similar regulations could not be introduced in Ireland and in the United Kingdom in future referendums on unification of the two jurisdictions on the island of Ireland.

In the early 1990s winning elections was all a question of stressing economic arguments. It was for this reason that Bill Clinton’s staffers coined the phrase ‘it’s the economy stupid.’ Things have changed. Today, elections and referendums are above all about online campaigning. We need to update the slogan: ‘it’s the social-media, stupid’.

Matt Qvortrup is Professor of Political Science at Coventry University. His most recent book The referendum in Britain was published by Oxford University Press. His book Death by a thousand cuts: the slow demise of democracy will be published in 2012 by De Gruyter.

Read the full article, ‘The Perils of Referendums: A Review’, as it appears in our journal Irish Studies in International Affairs.

What is Ireland doing on climate change?

RIA author John Sweeney reflects on climate and society in modern Ireland in the latest issue of Proceedings of the Royal Irish Academy.