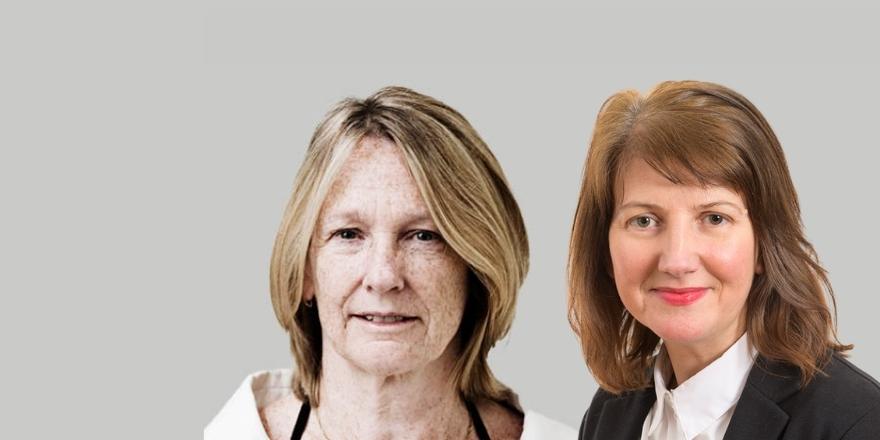 There is already flourishing intellectual discussion and expert analysis of future constitutional options and North-South relations, in ARINS research articles, in books and civil society ventures, and in this newspaper, with ongoing ‘shared island’ work by ESRI and NESC. This activity is vital: the complex machinery of referendum and unification needs to be understood and the economic impact analysed. Governments and officials need information at hand and models of change available if unification happens and if it doesn’t.

But this discussion has to have public buy-in. Even the best designed institutions won’t work if people are not engaged. Institutions are partially constituted by the beliefs and anticipations of those that work within and around them, and constitutions bed in only when they resonate with the beliefs, values and ideals of ordinary people. When governments and states don’t listen, everyday life becomes disconnected from politics, illegible to policy makers, and unmanageable for governments – that is a dangerous context for constitutional change.

What might radical inclusion look like? It isn’t just unionists who don’t want to talk about a possible united Ireland. There are multiple ‘others’ North and South whose priorities lie elsewhere: working class women, incomers, including European incomers concerned about securing their position in Northern Ireland after Brexit, gender activists, socialists, trades unionists, young people. Over half of the Northern population and close to that in the South have distanced themselves from classic nationalism and unionism. For them there are issues much more important than institutional design.

Our research over the past two years engaged with diverse groups of people in focus groups, interviews and ‘deliberative cafes’ – 3 hour meetings with coffee, food and lots of information. It included groups not usually asked about constitutional issues: disadvantaged youth, border women, migrants, North and South. It did not give them predefined constitutional choices but it encouraged them to talk about what was important to them: to define the agenda of constitutional deliberation and their issues of priority.

We came to five conclusions:

- Alienation: The agenda and technical debate about constitutional options, very language of ‘Irish unity’ and ‘unification’ seriously turned off our participants. They emphasised the importance of getting the principles and big picture right before looking at formal institutional details.

- Convergence: There was surprising convergence between unionists and nationalists, north and south. Women, migrants, lgbtqi+ and young people reached beyond sectional interests to try to define issues for ‘the general good’. They didn’t always agree, but there was enough convergence to allow real discussion about coordination North and South and what any constitutional change must do if it was to be worthwhile.

- Change: They wanted to change the constitutional agenda, to begin with ‘bread and butter issues’, socio-economic rights rather than constitutional arrangements, and to change the language so that the agenda is driven by experience not theory or ideology. They wanted expertise, objective, and neutral information – but they also wanted policy that speaks to real life.

- Democratic Accountability: They wanted real democratic engagement and accountability. Not just to be consulted and their input stuck in filing cabinets, but ongoing engagement so that local expertise can properly feed into decision-making.

- Sequencing: Radical inclusion in constitutional discussion is most impactful ‘upstream’ in the process: now, at early stages of discussion when the parameters of change are being defined, it is a no-brainer. Politicians we talked to understand this.

But there is also scepticism. This research is often undertaken by women, and some see it as less serious than  survey work. We have heard countless criticisms of small-scale, non-representative research that engages with people who may not even vote, and whose views therefore ‘don’t count’. The intellectual criticism is misplaced: this research uses fore-front intellectual tools in coding and conceptualisation, and there is considerable international interest in the findings. It is also politically wrong: radical inclusion is crucial for the success of constitutional change – so that governments have a good sense of public expectations and limits, and where the public is willing to go the extra mile.

The real problems are administrative. The research is disparate, hard to coordinate, not easily put in conceptual boxes and not easy to translate into policy. But the challenges are surmountable. At a two day conference at the Royal Irish Academy in June, 2022, feminist constitutionalists, deliberative experts, everyday peace-makers, cultural sociologists, human rights experts, grass roots women, policy makers and politicians discussed the issues. Some were initially sceptical about radical inclusion, and made strong arguments for clarity of constitutional choice and commitment to existing methods. But by the end, legal experts were unpuzzling how some of this participatory agenda could be reframed for large citizens’ assemblies, deliberative experts were thinking how coordination could take place, and politicians were thinking how they could feed research into political thinking.

Such participatory research has something important to say to survey designers, and to those organising large citizens’ assemblies but it is seldom taken up. The state and the island need a centre tasked to join up existing research and plan for more.

Joanne McEvoy is Senior Lecturer, U Aberdeen. Jennifer Todd is emeritus Professor, Geary Institute, UCD. The authors acknowledge funding from DFAT, IRC and Shared Island, ARINS, UCD, U Aberdeen, which facilitated their research and a recent conference. A longer article on this topic, cowritten with Dawn Walsh, is available at https://muse.jhu.edu/article/850801.