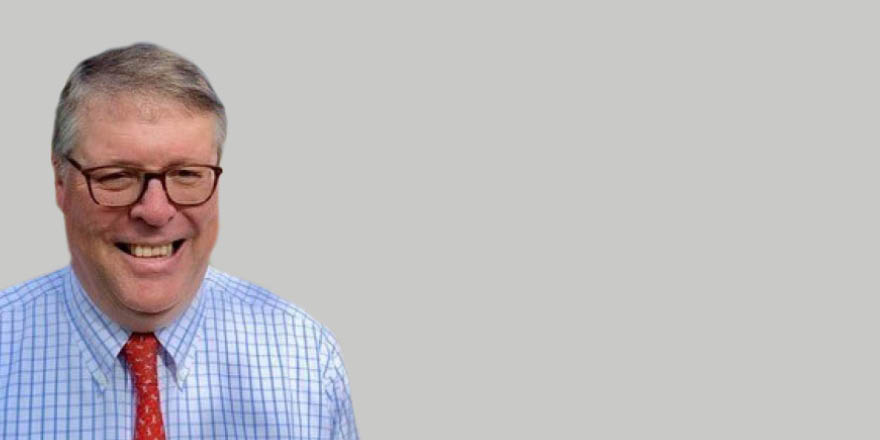 Reforming the Agreement: A Dublin view

In the Republic the Good Friday Agreement is seen as a towering achievement of Irish diplomacy and statecraft. But while the public and politicians are mostly spared the direct consequences of the failure of the Agreement to fulfil all of its promise, they are aware that it is not working as it should.

This blog post is one of a four part series for Fortnight magazine.

At present, the blame is overwhelmingly directed at Brexit and the current British Government’s cynical and disastrous management of it. In the South the DUP is widely viewed as a wholly negative force and there is limited sympathy for unionism generally. Sinn Féin has, both in substance and in presentation, positioned itself as a more moderate actor, but many remain unimpressed by its historical revisionism and find its irredentist agenda premature and simplistic. So there is little Southern enthusiasm for or interest in immersion in the affairs of Northern Ireland. 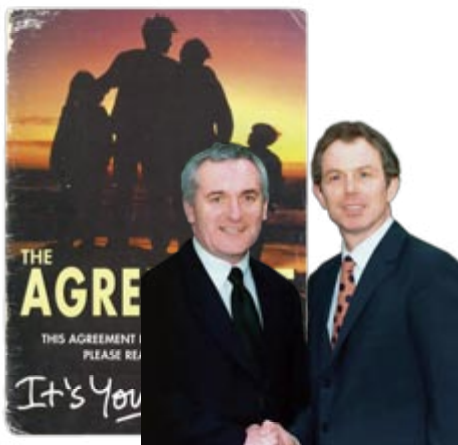 The problems the Agreement faces and has faced are rooted in political fundamentals. But could changes help put it on a more sustainable footing? The Irish Government, as a co-author and co-guarantor of the Agreement, has a strong interest in an effective and successful Assembly and Executive. The basic principles are clear: they must rest on broad cross-community support, must operate fairly and impartially, and must be fit to be serious partners in North/South institutions. These are among the non-negotiable building blocks of the Agreement. However, Irish Governments have kept away from the detail of how the Strand One institutions work. For reasons of constitutional principle and political practicality, they were not directly involved in the negotiation of this part of the Agreement, seen as the responsibility of the British Government and of the political parties. That has remained the situation through the various negotiations of the past decade. Dublin would be open to discussion of reform consistent with the Agreement’s fundamental principles and would welcome any agreed changes.

But it cannot be expected to advocate any specific measures. Such proposals would in any case need to be very carefully assessed. The changes made in the St Andrews Agreement solved a major political problem but, as we have seen, at a considerable longer-term cost and, more recently, with some unintended consequences for its main architects. There is also a fear that the present British Government could use a discussion of reform as cover for hasty and ill-considered tweaks aimed at short-term objectives.

Two basic questions need to be asked: what problems would reform be intended to solve? And would it solve them?

The first problem is accommodating those who do not wish to be categorised as either nationalist or unionist. Modern Irish nationalism, as formulated in the New Ireland Forum report of 1984 and thereafter, is based explicitly on a bicommunal approach. The report, the Anglo-Irish Agreement, the Downing Street Declaration, and the Good Friday Agreement itself are suffused with a recognition of the need to reconcile two traditions, two identities, two aspirations, two communities – thence the conceptual underpinning of the institutions and their operating rules.

Even in 1998, some critics, such as Robin Wilson, lamented the institutionalisation of division, as they saw it: the counterargument was that it was simply a recognition of the overwhelming reality of a divided society. The number of “others” was too small to be a factor in political calculation. Evidently that is now changing. The rise of the “neither nor” middle ground has been noted and widely celebrated in the south. But in hoping and wishing for a new politics we need to be careful not to exaggerate. Alliance’s performance was of course very impressive, but in terms of vote share less dramatic than it could have been; and a huge majority still voted for traditional nationalist and unionist parties.

It seems wrong in principle that Alliance cannot realistically aspire to holding the post of Deputy First Minister or that if by some chance it came first in an election the system of designation would become unworkable. But this is not now a practical problem and seems unlikely to become one for a considerable time. Other criticisms of the St Andrews mechanisms may be more relevant.

“Other” MLAs and their voters will not formally be fully equal for as long as cross-community agreement on key decisions is measured by the levels of unionist and nationalist support alone. A move to a system of weighted Assembly voting on such decisions would therefore be logical and welcome. This would be symbolically significant: but how much would it change practice? It is hard to see agreement being reached on a percentage threshold which would not in effect require support from majorities of unionists and nationalists, whether formally designated or not. This in turn would for present and almost certainly future purposes involve support from both the DUP and Sinn Féin. In principle a 65% threshold could see either of these parties being unable to block a proposal, but that would in practice surely place the smaller unionist or nationalist parties under enormous strain.

The petition of concern has undoubtedly been seriously abused in the past, but the scale of the problem has been diminishing, with neither of the big parties reaching the 30-vote threshold, and the NDNA requirement for at least two parties to support it.

The more fundamental question is whether if current circumstances, where unionists hold 43% of the Assembly’s 90 seats and nationalists 39%, are broadly maintained, the institutions could for long claim legitimacy and exercise authority against the wishes of a clear majority of one of the two blocs. The rise of others may have weakened the concept of bicommunalism, but it has not yet displaced it.

This leads to the related question of whether a single party should be able to block the formation of an Executive by refusing to nominate a First or Deputy First Minister (incidentally, changing the titles is one reform which ought to be easily achievable, even if at least for the moment accepting the deputy post does not seem to be as big a problem for the DUP as feared). The Taoiseach is only the most prominent Southern politician to say that no one party should have a veto. As we have seen repeatedly, however, parties which enjoy majority nationalist or unionist support do as a matter of political reality as well as legally have vetoes. And while this may be made starker by the St Andrews arrangements it is fully in line with the logic of the Agreement.

A return to the original Assembly election of a joint ticket based on cross-community consent would offer some room for manoeuvre, still more if there were a move to a weighted majority system to measure consent. It would in principle mean that one of the big two parties might choose to forgo the office of FM or DFM without the whole system grinding to a halt, or that it could be outvoted by a coalition including smaller parties from its own community. But while, if present circumstances were replicated, that in theory might happen if the UUP so decided, it is surely likely that its current approach is politically possible only because the rules make it legally impossible. Maybe I am too pessimistic, but I find it difficult to see how a smaller party could for long carry the weight of sustaining an Executive against the views of a clear majority of people in its own community. This would hypothetically also apply to the SDLP vis-à-vis Sinn Féin.

One area in which the Irish Government would have a direct interest in reform as part of an overall package would be the functioning of the North/South institutions. It should be harder for unionists to prevent meetings either by refusing to agree agendas or by not turning up. There should be more flexibility in developing areas of co-operation to take account of new challenges and priorities. The functioning of the East-West institutions could also be overhauled.

There are, therefore, possible reforms which could possibly help make the institutions work better and which could usefully be explored. But in a polity which despite the growth of a middle ground continues to be dominated by two large and equal blocs, expectations of how far institutional change can bypass more fundamental political division should be tempered.

Rory Montgomery, host of the ARINS podcast, is a former Irish diplomat who served as Permanent Representative to the EU, Ambassador to France and Second Secretary General at the Departments of the Taoiseach and Foreign Affairs with particular responsibility for Brexit. He has been principal EU adviser to Enda Kenny and Simon Coveney and has worked extensively with Irish, Northern Irish, British and European politicians and officials. He was part of the Irish team which negotiated the Good Friday Agreement. He is also a Member of the Royal Irish Academy/University of Notre Dame Analysing and Researching Ireland North and South (ARINS) Project and an Honorary Professorat the Senator George J. Mitchell Institute for Global Peace, Security and Justice at Queen's University Belfast.

Image in text: Tony Blair, British Prime Minister with Bertie Ahern, Taoiseach, at the signing of the Agreement, 1998 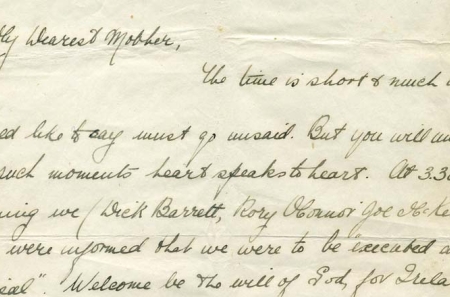