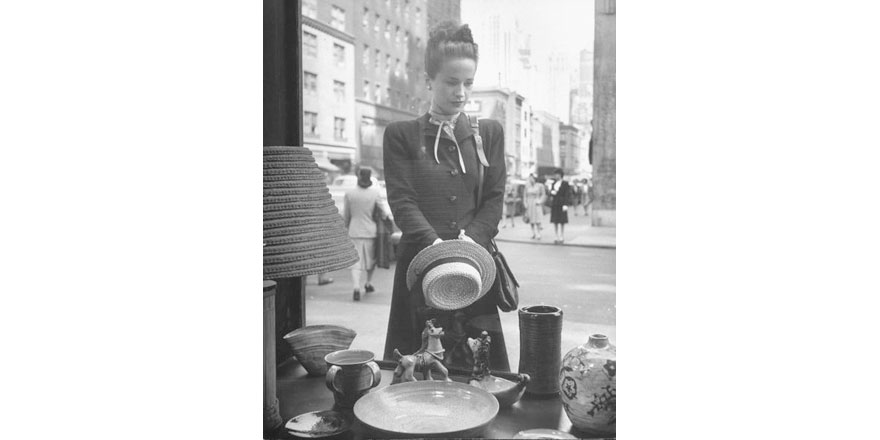 Read the Dicionary of Irish Biography's entry on Maeve Brennan, by Angela Bourke:

Brennan, Maeve (1917–93), fiction writer and New Yorker columnist, called the ‘Long-Winded Lady’, was almost unknown in Ireland until her work was revived to critical acclaim in the late 1990s. She was born in Great Denmark Street, Dublin, on 6 January 1917, the second of four children of Robert Brennan (qv) and his wife, Una (1888–1958), born Anastasia Bolger, of Coolnaboy, Oylegate, Enniscorthy, Co. Wexford. Una Brennan, active in Inghinidhe na hÉireann and Cumann na mBan, was probably the author of a series of feminist articles in the Enniscorthy Echo in 1908–9. Both parents took part in the 1916 rising in Enniscorthy; Robert Brennan was in prison in England at the time of his second daughter's birth, and he spent much of her early childhood on the run from British, and later from Free State, forces. Her 1953 story ‘The day we got our own back’ describes a raid on the Brennans’ home by the Free State forces.

In late 1921 the Brennans bought and moved into 48 Cherryfield Avenue, Ranelagh, Dublin. This modest terraced house, where they lived until 1934, is the setting for almost half of Brennan's more than forty short stories. While her evocation of the texture and minutiae of intimate, yet unsatisfactory, relationships rises far above the local, her meticulously detailed descriptions of life in the house and garden offer a unique feminine portrait of middle-class Irish domestic life.

Maeve Brennan attended St Mary's national school, Belmont Avenue, and Muckross Park primary school in Donnybrook, and spent some two years as a boarder at Cross and Passion College, Kilcullen, Co. Kildare (described in her 1954 story ‘The devil in us’). She then transferred to the Irish-speaking Scoil Bhríde of Louise Gavan Duffy (qv) in Dublin, which nurtured her cultural nationalism along with her appreciation of theatre, and of English and French literature.

Following the appointment by Éamon de Valera (qv) of Robert Brennan as secretary of the Irish legation in Washington DC, Brennan moved to the US with her family in September 1934. She attended Immaculata Seminary in Washington, and then the American University, where she was active in student literary societies and graduated with a BA degree in June 1938. She studied library science at the Catholic University of America, and worked at the New York public library at 42nd Street following her move to the city in 1940 or 1941. But she was quickly recruited to the staff of Harper's Bazaar by its Dalkey-born editor, Carmel Snow (qv). From 1943 to 1949 she wrote fashion copy for that magazine and its offshoot Junior Bazaar, often accompanying photographers on assignment, and also completed her novella ‘The visitor’. Her strikingly glamorous image, with dark lipstick, high heels, and hair piled on top of her head, dates from this period, while her trained observations of fabric, cut and colour would lend characteristic detail to all her fiction, and to her ‘Long-Winded Lady’ essays in the New Yorker's ‘Talk of the town’.

Recruited to the New Yorker in 1949 by William Shawn, Brennan first wrote fashion notes and book reviews, but fiction editor William Maxwell soon began to publish her stories about Dublin. Immensely popular among her male colleagues, in 1954 she married fellow New Yorker staff writer St Clair McKelway, a charming, talented, improvident alcoholic already three times divorced. They lived in Snedens Landing, a community on the Hudson River that appears in Brennan's fiction as Herbert's Retreat; Irish-born domestic servants in those stories are memorable characters, drawn with ferocious sympathy and Brennan's keen awareness of household politics. The marriage lasted only until 1959, when Brennan moved back to Manhattan. Writing constantly about the idea of home, she never owned one. In the 1960s she spent winters in East Hampton, Long Island, alone but for her black Labrador bitch Bluebell and several cats, and later lived in Wellfleet, Massachusetts, and in New Hampshire. In the summers she returned to Manhattan, where she rented or borrowed apartments, or stayed at the Algonquin Hotel; she also made many trips to Ireland and Europe by ocean liner.

Acerbic and compassionate, Brennan worked obsessively to capture the human realities that lay behind the idealised depictions of Irish domesticity in the 1937 constitution and associated writings. Her first fiction collection, In and out of Never-Never Land, and her own selection of her ‘Talk of the town’ contributions, The Long-Winded Lady, appeared in the US in 1969. Both were hailed by critics, but Brennan had already begun to suffer bouts of mental illness. Her longest and most powerful story, ‘The springs of affection’, which drew heavily on her family's background in Wexford, caused hurt when it appeared in the New Yorker on 18 March 1972. The magazine published two further stories, and her second fiction collection, Christmas eve, appeared in the US in 1974. Despite the concern of family and the care and admiration of colleagues at the New Yorker, Brennan became increasingly isolated and unable to take care of herself in the 1970s. Her work was not reprinted, or much discussed, nor was it published in Ireland or Britain. Between periods spent in hospital, she lived in a series of run-down hotels and sometimes slept at the New Yorker offices, but continued to write. Her last New Yorker piece, ‘A blessing’, appeared on 5 January 1981. She settled eventually at the Lawrence nursing home in Arverne, New York, where she died of heart failure on 1 November 1993.

Through the efforts of editor Christopher Carduff, who produced a new, expanded edition of The Long-Winded Lady, selected and arranged her stories in effective sequences, and commissioned a moving introduction by William Maxwell for the first of two new volumes, Brennan's work became known to a new generation of readers in the US and Ireland from 1997. Carduff also discovered her unpublished novella, ‘The visitor’, in a university archive and edited it for publication in 2000. These publications, appearing after Irish society had become vastly more prosperous, secular, and liberal than when her short stories first appeared, have enabled Brennan's relatively small body of work to take its place among the classics of twentieth-century Irish writing.

'Christmas Eve' first appeared in the New Yorker magazine on 23 December 1972; listen to Roddy Doyle (who was a second cousin of Brennan's) read and discuss the story here