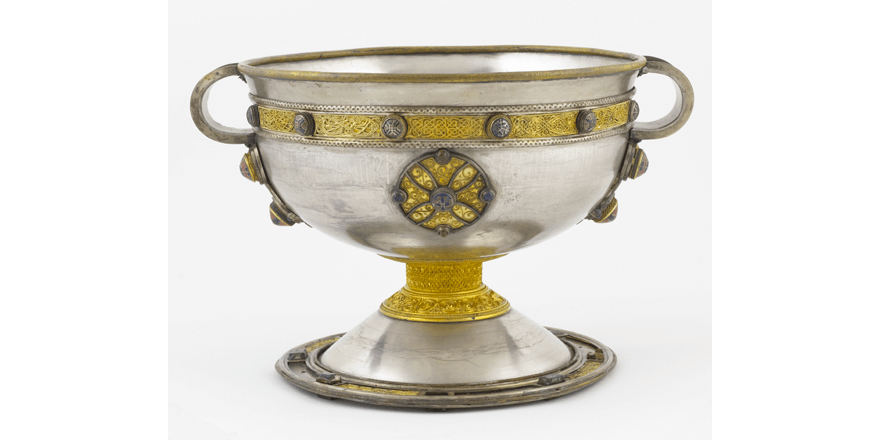 Inspired by the Ardagh Chalice, the Sam Maguire Cup is the holy grail of Gaelic football. Could its lineage stretch back to the real Holy Grail?

Writing in the Irish Times, Fintan O’Toole describes the story behind the famous GAA trophy.

‘The great silver cup was commissioned in 1928 from a Dublin jewellery firm, Hopkins & Hopkins, based next to O’Connell Bridge, which had by this time established a reputation for the production of replicas of early Irish metalwork.

It in turn seems to have sought help for this large commission from Matthew Staunton, a silversmith based nearby, on D’Olier Street. (Staunton’s mentor Edmond Johnson had already made the Liam McCarthy Cup, the All-Ireland hurling trophy.)

It is unclear who precisely was responsible for the design and making of the cup, but it is the most famous product of the search for a visual identity for the new Ireland rooted in the golden age of early Christian art in the eighth and ninth centuries.’