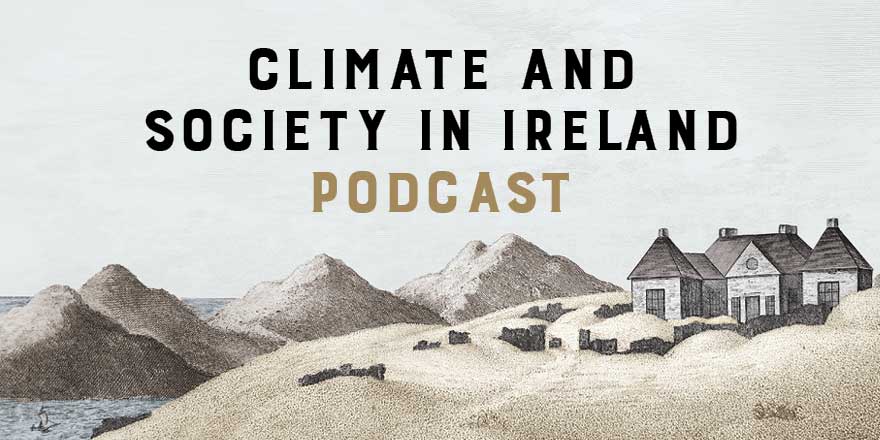 New podcast series on Climate and Society in Ireland

Host Gill Plunkett explores the long view of climate change with some of the authors of Climate and Society in Ireland.

In this new series of four podcasts host Gill Plunkett explores the long view of climate change by interviewing the authors of Climate and Society in Ireland. We talk about hunter gatherers, disease, poetry, weather events and consider our future vulnerabilities.