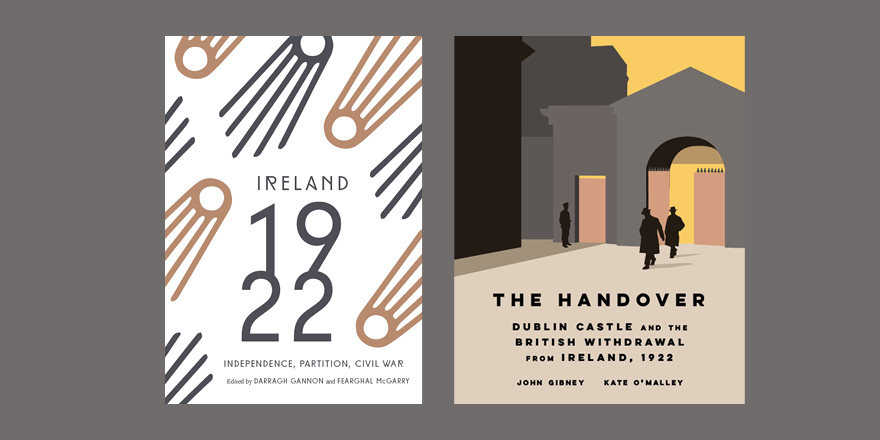 Order now to receive them in time for Christmas.

We are pleased to announce that our January 2022 titles Ireland 1922, edited by Darragh Gannon and Fearghal McGarry, and The Handover, by John Gibney and Kate O'Malley, are now in stock.

If you are buying a copy as a Christmas gift, please consider An Post’s deadlines when placing your order and do allow one extra day for processing. For orders delivered to Ireland, we would recommend that you make your purchase by 21 December. Where possible, we strongly advise customers to 'click and collect' from Academy House, Tuesday to Thursday from 9.00. to 16.00. The last day for collection is Thursday, 23 December. Any postal orders placed after 14.00 on Thursday, 23 December will not be posted until we reopen on Wednesday, 5 January 2022. Don't forget that delivery in Ireland is free on orders over €50.

All pre-orders were posted on 15 December.

Ireland 1922, edited by Darragh Gannon and Fearghal McGarry
Fifty essays. Fifty contributors. One extraordinary year.
From the handover of Dublin Castle, to the dawning of a new border across the island, to the fateful divisions of the civil war, Ireland 1922 provides a snapshot of a year of turmoil, tragedy and, amidst it all, state-building as the Irish revolution drew to a close.
Leading international scholars from different disciplines explore a turning point in Irish history; one whose legacy remains controversial a century on.

The Handover, by John Gibney and Kate O'Malley
This book illustrates the 1922 handover of power by the outgoing British administration to the Provisional Government of Ireland led by Michael Collins in early 1922. The handover fell between the Treaty split of January 1922 and the outbreak of the Civil War in June 1922 and is usually overshadowed by both. The book bridges this gap by telling a relatively unfamiliar but hugely important story.
The book is being launch on 6 January 2022 in the Chapel Royal, Dublin Castle, as part of History Ireland's Hedge School series. The event is free of charge but booking is essential. Register here. 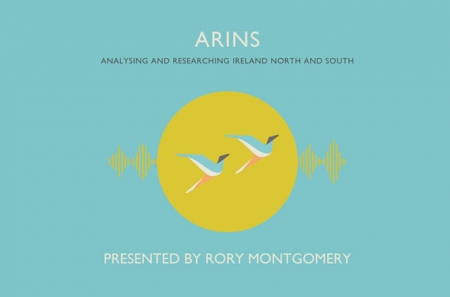 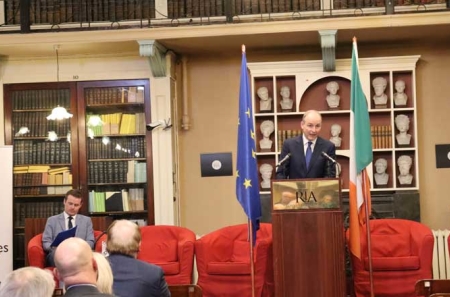