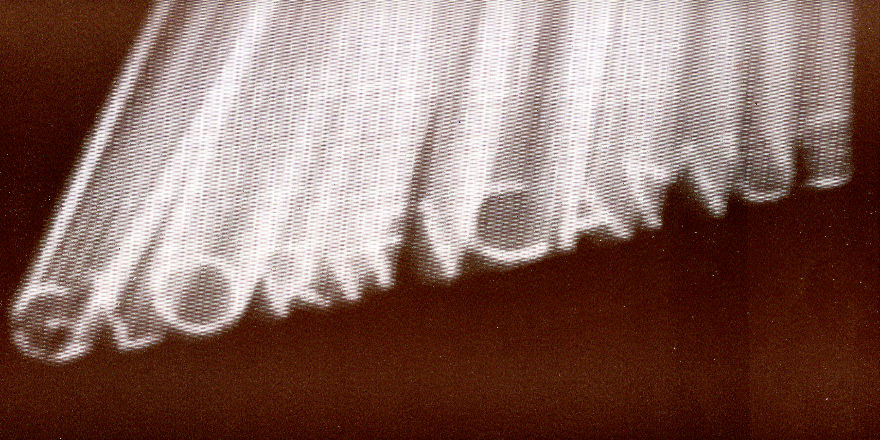 Lisa Godson, one of the many contributors to the Art and Architecture of Ireland project, discusses the five day congress which took place in July 1932 and was at the time the largest public event to be held in Ireland. ‘Among the most intriguing of the many astounding images it generated is a photograph of skywriting over Dublin on its opening night, Wednesday June 22nd.

Lisa describes how the skywriting only came about thanks to equipments borrowed from the Theatre Royal. The three words of acclamation: Laudamus, Glorificamus and Adoramus (We praise, We glorify, We adore) were projected into the night’s sky, and was a central part of a series of spectacular lighting effects.

Godson quotes the Irish Independent report which said ‘when the bells of all the churches announced the Elevation of the Host all the beams met at one point in the heavens and formed a perfect cone”. This symbolically turned the focus of the congress on the Eucharist, with the message that, through the consecration, Christ was substantially present in Dublin at that moment.’

Read all about the skywriting marking both an act of worship and also an opportunity for the Free State to assert itself in the full Irish Times Modern Ireland in 100 Artworks feature.