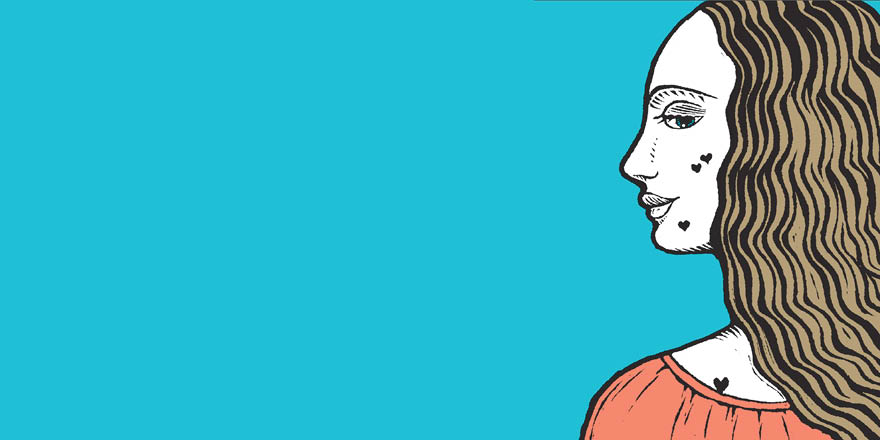 Inside 'A history of Ireland in 100 words': Grá

What exactly is a ‘love-spot’? Find out in today's entry on affairs of the heart.

To celebrate Seachtain na Gaeilge we're letting you take a peek inside our book A history of Ireland in 100 words. Today's entry is Grá.

Expressions of affection in Modern Irish generally do not employ a verb for ‘loves’ but work instead with the noun grá ‘love’. ‘I love you’ is, most naturally, mo ghrá thú ‘you are my love’ and ‘Seán loves Máire’ is tá grá ag Seán do Mháire, literally ‘there is love at Seán for Máire’. Old Irish, on the other hand, usually relied on the verb caraid ‘loves’ to convey such sentiments. Expressions of this kind are more common in the early literature than might be expected. Though tales of battle and bloodshed are often better known, love stories actually make up a significant portion of the surviving body of medieval Irish tales, and tochmarca ‘courtships’ and aitheda ‘elopements’ are recognised categories in surviving medieval lists of tales.

As important as the action in such tales are the psychological responses that are sometimes triggered. A particularly memorable reflection is attributed to Emer, wife of Cú Chulainn, in response to an extramarital affair her husband has with a woman from the Otherworld, as told in ‘The wasting sickness of Cú Chulainn’. In an eloquent reformulation of ‘familiarity breeds contempt’, Emer observes:

Grád, an earlier form of grá, is attested in these early texts alongside caraid, and a common motif is that of grád ar airscélaib ‘love on account of tales’. This encompassed the idea of falling in love with a person that one has never seen or met based solely on what one has heard about them (see Scéal). Women show themselves to be particularly susceptible to this phenomenon, perhaps because those celebrated in stories are usually men. Both sexes seem prone to fall under the influence of the ‘love-spot’ or serc-ball, however. Here, the word for ‘love’ is serc and the serc-ball seems to have been envisaged as some kind of beauty-spot or birthmark, which enhanced the attractiveness of the person bearing it. It is associated most famously with Diarmaid ua Duibhne, who was a rival of Fionn mac Cumhaill for the love of Gráinne, but a poem in the Middle Irish Dindshenchas (‘Place-name lore’) mentions a woman called Aige who, apparently, had several of these ‘love-spots’.

A now-lost tale called ‘Gormlaith’s love for Niall’ may have been the inspiration for a series of poems said to have been uttered by Gormlaith, daughter of Flann, a real tenth-century noblewoman. In the poems, Gormlaith mourns her spouse, Niall Glúndub (‘dark-kneed’), who was killed at the Battle of Islandbridge (County Dublin) in September 919. Another Gormlaith, this one belonging to the eleventh century, may have been married three times—to the Scandinavian king of Dublin, Olaf Cuarán, to the Munster king, Brian Boru, and to his main O’Neill rival, Máel Sechnaill, son of Domnall. In a period when marriage was often viewed as a vehicle for strategic alliances, it is questionable whether any of these were love matches that would compare with the love stories depicted in the literature of the time.