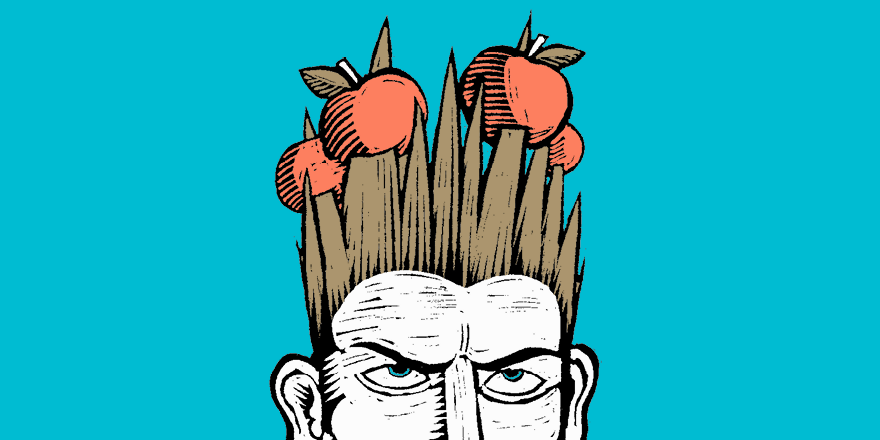 Speaking of budget... do you know where the word 'airgead' comes from?

Discover the origins of the words 'airgead', 'punt' and 'pingin' in our book A history of Ireland in 100 words

Until the Euro came into circulation in 2002, the punt ‘pound’ was the main unit of currency in Ireland. In modern times, the term was used in the English of Ireland (Hiberno-English) as well as in Irish itself, but the earliest instance of the word used to refer to currency seems to be in the Early Modern Irish translation of the travels of Marco Polo. Previously, punt had served as a unit of weight only and, like most words beginning with p- in Irish, was a loan from another language, in this case from either Old English or Old Norse pund.

Pingin ‘penny’ has a similar history. Initially, the term referred to a pennyweight of metal, usually silver, and this is the word used to denote the thirty pieces of silver for which Judas Iscariot betrayed Jesus. Whether the word was borrowed from Old English penning or from Old Norse penningr remains unclear, but then the first coins struck in Ireland, in the late tenth century, were a combination of English idea and Norse innovation in that they were Norse reproductions of English prototypes. In the seventeenth century, the historian Geoffrey Keating used pingin anachronistically when he claimed that anyone wishing to be baptised in Munster in the time of St Patrick—several centuries before the introduction of the penny—had to pay ‘Patrick’s baptismal fee’ of three pennies.

In the decades following the Norman Conquest, farthings, halfpennies and pennies were minted and production spread to places outside Dublin, like Kilkenny, Limerick and Carrickfergus, Co. Antrim. It is generally thought that coins were little-used for everyday transactions, however, especially outside Dublin and neighbouring areas, and a mixed system of monetary and non-monetary values continued to operate in most of the country.

As one coin replaced another, the Irish language absorbed a number of loanwords: pluirens derived from florence, the older English name for the florin, and scilling ‘a shilling’ emerged after this coin was introduced in the mid-sixteenth century. Interesting native terms crop up too. After Henry VIII lowered the fineness of coins to one-third silver and two-thirds copper, the silver rubbed off the high-relief part of the design of the king’s head and Henry acquired the nickname ‘Old Coppernose’. It has been suggested that smuilcín, which resembles other words associated with the nose, might have been the Irish term for a coin worn in this way. Salfás seems to have been a seventeenth-century term for ‘a groat’, but this occurs alongside airgead croise caoile ‘the silver coin with the thin cross’, which must have been an easy means of identifying the groat owing to the long cross which features on the reverse.

‘Money’ in Modern Irish is known as airgead which originally meant ‘silver’. When used of currency, though, airgead would initially have been restricted in sense to ‘silver coin’, only later broadening its meaning to include all forms of money. 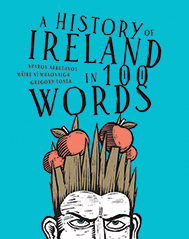 pre-order A history of Ireland in 100 words