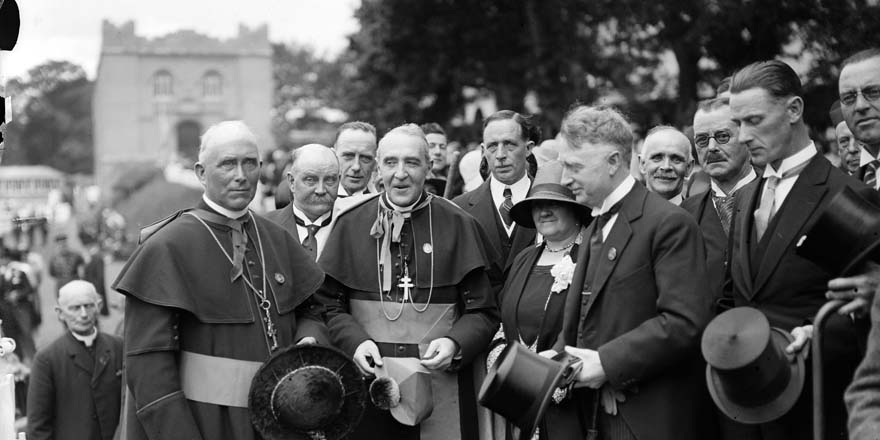 Read Dáithí Ó Corráin's essay on 'Weaponising the Sacraments: The Roman Catholic Church and the Civil War' on Century Ireland.

In collaboration with Century Ireland, we are making the 50 essays freely available online. Today's essay is by Dáithí Ó Corráin and it covers the Irish Roman Catholic hierarchy which issued a pastoral letter condemning the anti-Treaty republican side in the Irish civil war.

On 10 October 1922 the Irish Roman Catholic hierarchy issued a pastoral letter that strongly condemned the anti-Treaty republican side in the Irish civil war and upheld the Anglo-Irish Treaty of 1921. Abjuration of violence, obeisance to the legally constituted government, condemnation of partition, advocacy of majority rule, and support for order and social stability characterised the political stance of the hierarchy between 1918 and 1923. The bishops’ influence on public opinion during the turbulent Irish revolution should not be overstated, however. Powerful denunciations of violence, whether perpetrated by republicans or the British government, went unheeded during the War of Independence and did not halt killing, destruction of property or dislocation of law and order. While this also pertained during the civil war, the situation differed in one vital respect: for the first time, the Catholic hierarchy was ‘sustaining’ and reinforcing the authority of an Irish state. Continue reading (you will be redirected to the website of Century Ireland)