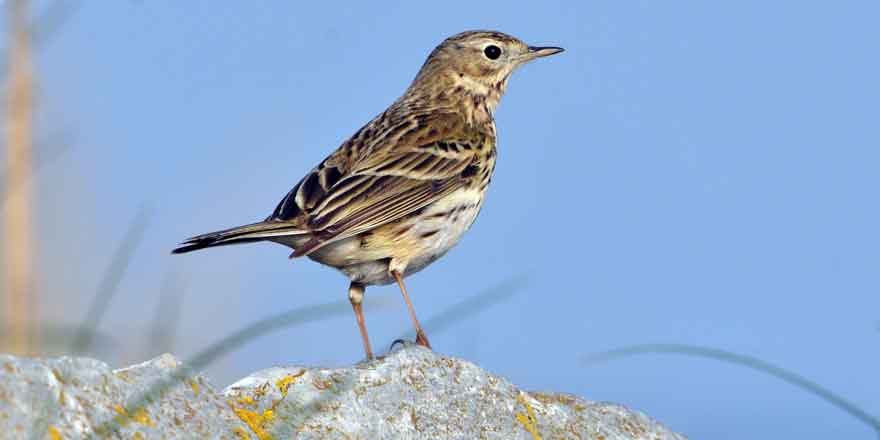 Today, you can read the entry on the Rock Pipit as it appears in Chapter Two of New Survery of Clare Island, vol. 9: Birds. Chapter Two contains an inventory of the birds of Clare Island, and this is compared with the findings of the first survey conducted during 1909–11. The list comprises records that span the period from 1887 to 2018.

Rock Pipit Anthus petrosus (Montagu)
Resident; small numbers.
Ussher (1912) described the rock pipit as a ‘common resident on the shores of Clare Island’. It appears that its status has not changed greatly since the time of the first survey (see Chapter 4). However, the shorelines of Ireland have taken an enormous pummelling from winter storms in recent years (see Chapter 3), and the impact of these events on the rock pipit which occupies this uniquely exposed littoral habitat, throughout the year, does not appear to have been quantified; a preliminary survey of some such areas on Cape Clear Island, Co. Cork, in May and June 2014 suggests that a decrease had occurred (Kelly unpublished data).
Image credits: R.T. Mills