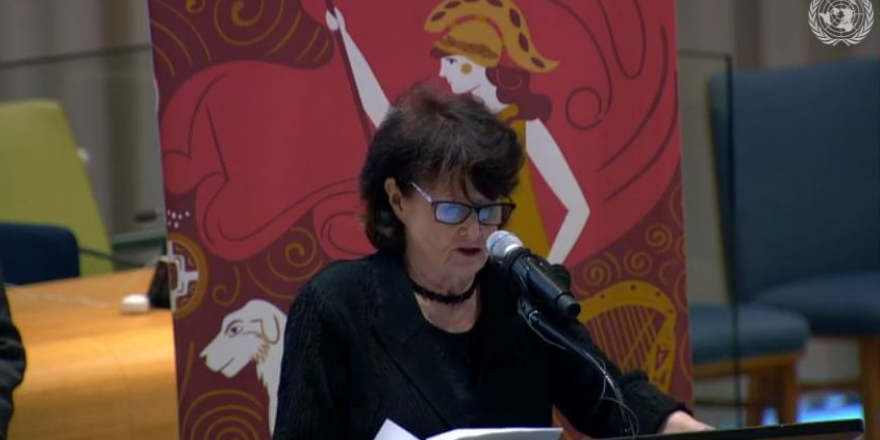 Eavan Boland's poem, accompanied by specially commissioned illustrations from Paula McGloin, has been produced in a commemorative book to mark 100 years since the women of Ireland, Mná na hÉireann, were granted suffrage and first cast their ballots in the 1918 election.

On 5 December, Eavan Boland, an Honorary Member of the Royal Irish Academy, read her poem at a special event in the United Nations in New York, organised by the Permanent Representative of Ireland to the UN, Geraldine Byrne Nason, MRIA. The event was broadcast live on UN television and can be watched here.

The book Our future will become the past of other women features the poem in 7 languages: Irish, English, Arabic, Chinese, French, Spanish and Russian, with translations by poets Reem Dawood, Huiyi Bao, Pura López-Colomé, Aifric Mac Aodha, Grigory Kruzhkov and Clíona Ní Ríordáin. Each page folds out and is beautifully illustrated by Paula McGloin with a figure inspired by the poem. It is suitable for framing.