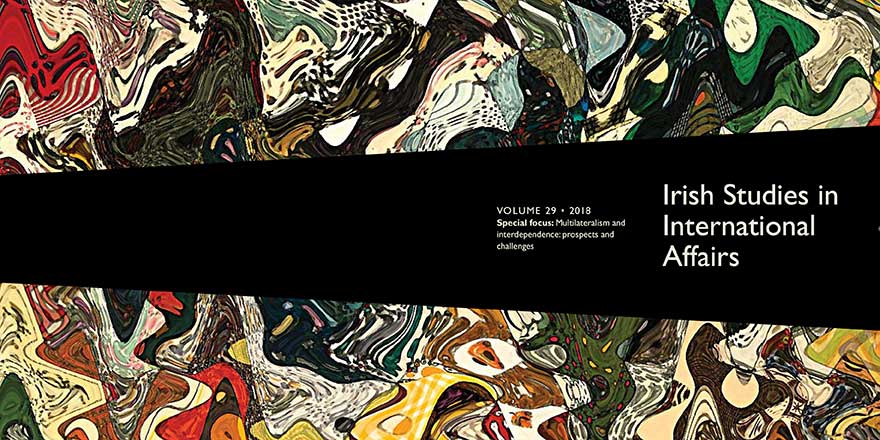 New volume explores the themes of multilateralism and interdependence

The contemporary world is profoundly shaped by multilateral institutions and processes of cooperation and interdependence between states. But the multilateral order faces mounting challenges. These include a renewed empha­sis on state sovereignty, rising extreme right-wing nationalism, calls for protec­tionism and a changing global balance of power in an increasingly multi-polar world. Current issues such as climate change, information and communica­tions technologies, cyber security, international terrorism, transnational crime, forced displacement, conflict, food security and inequality generate demands for multilateral solutions, but also generate global divergences. As a strong supporter of multilateralism and a committed member of the UN and the EU, these issues are of particular relevance to Ireland; they are also timely as Ireland campaigns to be elected to the UN Security Council for the term 2021–22.

Volume 29 of Irish Studies in International Affairs, explores the evolution, current state and future pros­pects of multilateralism and interdependence as well as the implications for Ireland as a state and as a member of the EU and the UN. This latest volume is now available in print and via JSTOR.

MULTILATERALISM AND INTERDEPENDENCE: PROSPECTS AND CHALLENGES

Keynote address. On Multilateralism and Interdependence

Gemeinschaft as the lynchpin of multilateralism: world order and the challenge of multipolarity

PESCO and the challenges of multilateral defence cooperation for Ireland: more of the same or sea change?

Security transformation and multilateralism: the future of Irish defence and foreign policy

The security-development nexus in Ireland’s foreign policy: challenges and opportunities

The evolution of civilian protection in peacekeeping mandates: the reality of UNMISS operations in South Sudan

‘Dreaming of things that never were’: Irish soft power and peacekeeping in the twenty-first century

Rethinking the international order—towards the zeroth generation of human rights

Multilateralism, human rights and the 1970s: insights from Ireland’s role in the development of the human rights field

The picture of human rights

Human rights, counter-terrorism and criminology: the siren call of security

It Stays with You: Use of Force by UN Peacekeepers in Haiti. A commentary on the film

Ireland’s adaptation to membership of the EEC: early dealings with the European regional and development fund