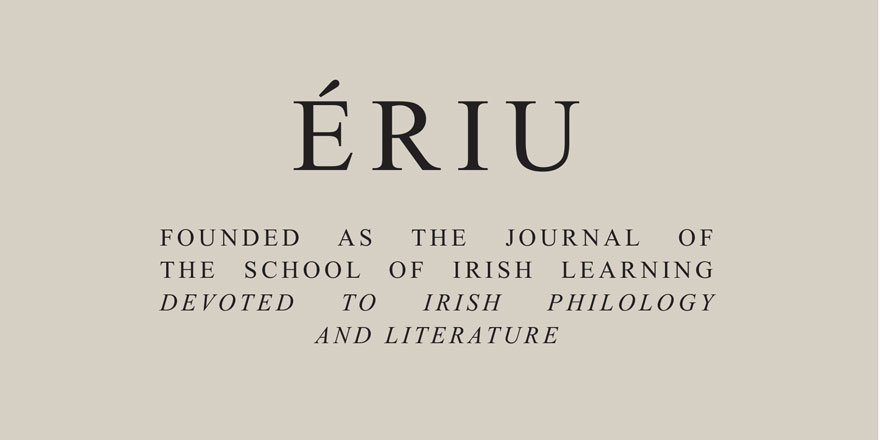 Open Call for Membership of Editorial Board of Ériu

The Royal Irish Academy is seeking expressions of interest from suitably qualified individuals who are willing to serve on the Editorial Board of its journal Ériu.

To express an interest in serving on the Editorial Board of Ériu, please complete this short form no later than Monday, 9 March 2020.