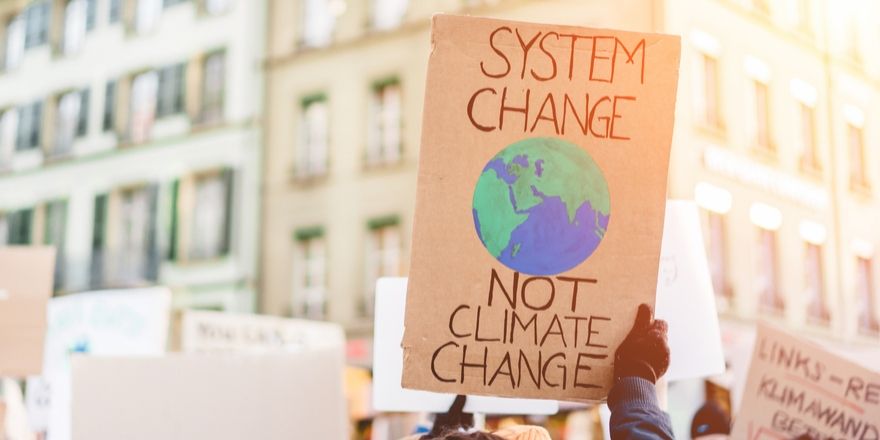 Environmental scholars are worried about the lack of public recognition and behaviour change around how serious climate change is for the future of our planet. Why are we not changing our behaviour and how can we encourage change?

Even the catastrophic forest fires in California or the Arctic, glacier melt, the most recent shocking IPCC report or the UN Biodiversity statement are not sufficient, apparently, to bring about a political transformation or a tipping point for radical change. While we now have an encouraging growth of mass movements with climate strikes, one wonders will this be sustainable into the long-term future, with no quick fixes in prospect. According to scholars like the Norwegian psychologist Per Espen Stoknes (2015), what is needed is the ‘work of a cultural movement similar to the ones that dismantled apartheid, abolished slavery, or took on nuclear arms’.

What remains unpredictable is how this work will result – or co-evolve – into a seismic shift in systemic response and behaviour change. As Greta Thunberg and the Guardian writer George Monbiot argue in a powerful short video, we have become side tracked by various forms of political and cultural denial and alternatively need to ‘protect, restore and fund’ more sustainable forms of living in facing this challenge. Hopefully by struggling to address climate change concerns, this will achieve a comprehensive and much needed environmental turn throughout all aspects of society, politics and media engagement.

Communicating the urgency of action to mitigate climate change has, until now, not had been successful. As humans, we often look for information that confirms our existing values and belief systems, filtering out what challenges them. In recent times social media especially is considered effective in keeping its users within a range of protective bubbles, which paradoxically pulls against the radical potential of the internet which was designed to open up new windows on the world.

While new media ostensibly appeals more powerfully across new generational audiences, the rise of populism and fake news at all levels has shown the fault-lines in such media output. Indeed, increasingly, digital audiences appear siloed to such an extent that they may not even be aware of the perspectives of those who believe differently from them. Audiences are often highly resistant to messaging coming from an opposing perspective from theirs.

As has been suggested by environmental communication, strategies of fear and loss don’t necessarily speak effectively to audiences either. New models of proactive political engagement, coupled with the creation of robust and critical levels of scientific and environmental literacies are needed. In turn one hopes these strategies will be more conducive to action and discovering behaviour change solutions to the ‘wicked problem’ of climate change. We must begin to talk about climate in the concrete terms of insurance, health, security, preparedness, and most of all, opportunity.

As one of the few remaining mass media audiences, cinema has an important role to play in telling stories. We need to tell more effective environmental stories using creative imageries that provoke strong emotions associated with such investment.

‘To be truly radical today is to make hope possible, not despair convincing’, as Raymond Williams once famously said. There is still a place for dramatic apocalyptic narratives to help warn against future disaster but creative learning and critical environmental literacy, together with political expediency become most resonant, when focused on the positive. When media speak to the ‘good life’ and expose the unique attributes of human behaviour thriving in a benevolent environment, all the while promoting new forms of ‘green growth’ and effective stewardship of the earth, they are at their most effective. As a very crude and simplistic rule-of-thumb, stories should

Recalling the old adage, ‘keep it simple, stupid!’ (KISS), effective communication of climate change debates in Ireland and elsewhere demand active investment by environmentalists alongside politicians, policymakers and academics, as well as innovative media creatives to help speak to a broad range of communities and audiences. New forms of innovative journalism, news reporting and environmental documentaries can be coupled with more fruitful ‘creative imaginaries’. This will encourage the growth of new forms of fictional narratives and stories that are badly needed to communicate the growing importance of climate change engagement and the need for mass transformation of behaviour patterns.

Outside-the-box thought experiments of literature and other media can offer unique resources for activating concern and creative thinking about the planet’s environmental future. By themselves, creative depictions of environmental harm are unlikely to free societies from lifestyles that depend on radically transforming ecosystems. But reflecting on works of imagination may prompt intensified concerns about the consequences of such choices and possible alternatives to them.

What is your area of research expertise and where are you based?
Environmental communications and the power of media to provoke debate and learning; based in Dublin City University.

My love of nature underpins my research and comes from a farming background, with studies of rural/farming film in: Hollywood Utopia: Ecology in Contemporary American Cinema (2005), Environmental Ethics and Film (2016) and most recently Environmental Literacy and New Digital Audiences (2019).

What do you think is the single most pressing environmental issue facing Ireland?
Agriculture, food production and consumption in a country which rightly values the stewardship role of farmers of the landscape.

In your opinion what are some of the most compelling solutions to this issue?
Changing practices from the dominance of dairying and meat production, to more broad ranging food production and landscape husbandry.

What advice do you have for individuals to tackle this environmental issue?
There is no one-fix-solution for Climate Change, we all need to learn new ways of engaging, both as individuals, consumers and as ‘environmental citizens’ to help develop a low carbon future for our planet.