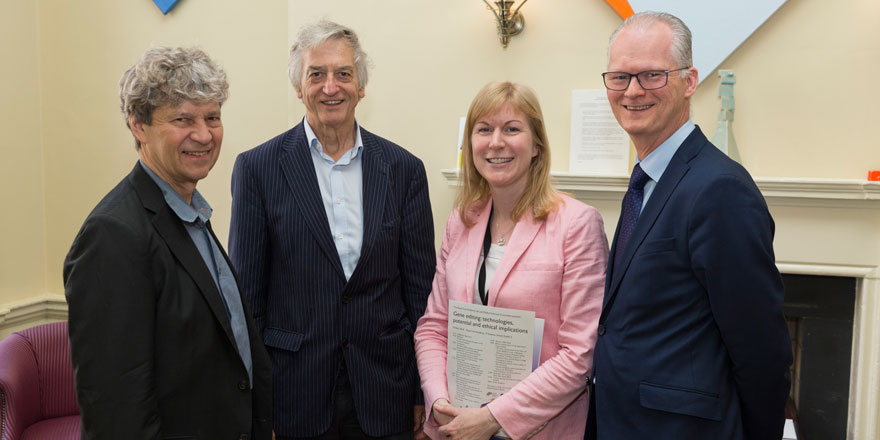 On Thursday 26 April 2018, The Life and Medical Sciences Committee presented a one-day conference addressing the wide-ranging implications of gene editing techniques for all of life and medical science.

Gene editing is a ground-breaking technology that is affording opportunities to make precise, small changes to an organism’s DNA. Using a series of proteins that act in effect as a molecular scissors, the potential of gene editing to address many challenges in biological systems is being realised across human, animal and crop research programmes around the world.

Not surprisingly, public interest in the impact of gene editing has grown steadily in recent years as emerging developments continue to appear in the scientific literature. Offering a unique opportunity for an open, impartial societal discussion on the impact of gene editing technologies, the Royal Irish Academy was delighted to present a conference that highlighted the advances that gene editing can make in tackling societal challenges and also the need for a rational debate driven by science-based reasoning.

Listen to the keynote address

Watch highlights from the conference

The keynote address was delivered by Professor Robin Lovell-Badge, one of the key experts who help society navigate the increasingly complex terrain of the new gene editing technologies. Lovell-Badge was first thrust into the public limelight in the early 1990s when he co-discovered the Y-chromosome gene that orchestrates male development. He then used this gene to make a genetically female mouse develop as a male. As stem-cell sciences took off at the turn of the century, the British Parliament called upon him for advice in revising the Human Fertilisation and Embryonic Act. Since then he has regularly given scientific counsel in areas of public engagement and policy.

Ahead of the event, Lovell-Badge commented on the importance of properly regulating clinical use of gene editing technologies,

“it could only be a matter of a few years before we actually see people who have had genetic ‘corrections’. However, it certainly should not be just a free-for-all because that would be horrible”.

He is Head of the Laboratory of Stem Cell Biology and Developmental Genetics at the Francis Crick Institute, United Kingdom. He is an author of almost 200 publications cited more than 20,000 times

“given the rapid developments in plant breeding the conference was timely. Recent studies have detailed the impact gene editing can make in regards to developing mildew resistant tomato and wheat, merely by editing one single gene. With the technology applicable to all major crop and horticultural species, ‘gene editing’ is in itself an umbrella term. In its simplest form, it is in effect a more precise way to breed a crop that does not require the insertion of artificial DNA. As our cropping systems face significant legislative and environmental challenges, this new breeding process could be key to delivering low input crops to satisfy consumer and policy demands.”

On behalf of the Academy, Professor Michael Peter Kennedy, the president of the Royal Irish Academy, remarked, “this conference on gene editing is specifically designed to be thought-provoking, enhance debate and to facilitate a societal discussion around the parameters in which gene editing should be applied.” He concluded by thanking the Health Research Board for generously sponsoring the event and providing delegates with an opportunity to hear from major national and international figures, as they offer their views on the advantages and challenges facing emerging gene editing technologies both at home and abroad.

Adapting to a changing climate: How can we build resilience?

We must build resilience to a range of challenges, including that of climate change. Individuals play a critical role in our combined path to a resilient economy and society. Find out more in this blog by Dr Olga M... 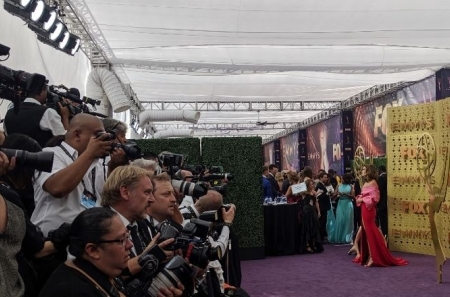 From a degree in Computer Science to the Oscars red carpet

For our first profile, highlighting the interesting jobs a computer science degree can bring you we sat down with Darren Britton, a TU Dublin graduate working for Shutterstock, to find out more about how he went from...