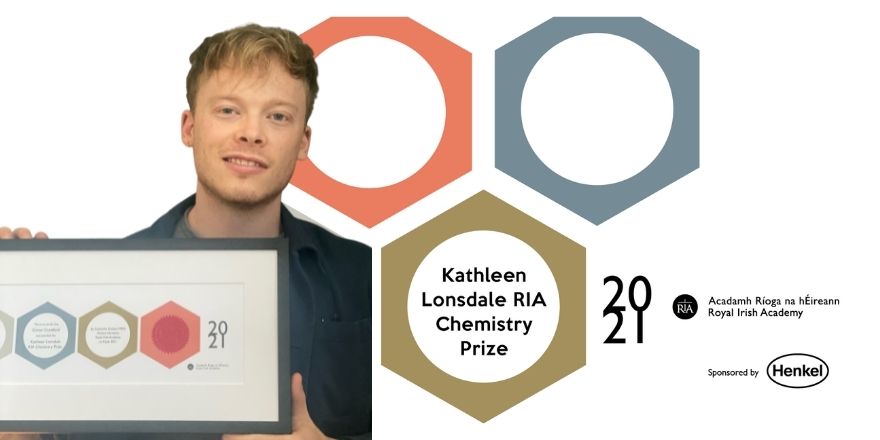 Dr Conor Crawford is the winner of the Kathleen Lonsdale RIA Chemistry Prize 2021 sponsored by Henkel. The prestigious prize is awarded for outstanding doctoral research in the chemical sciences carried out on the island of Ireland. The award is named in honour of the famous Irish x-ray crystallographer, Kathleen Lonsdale.

The winner’s PhD research was a collaborative project between Professor Stefan Oscarson’s laboratory at the UCD School of Chemistry and Professor Arturo Casadevall’s laboratory at Johns Hopkins University in the United States. It focused on developing vaccines against a major human pathogen, Cryptococcus neoformans. Exposure to this fungus can have devastating consequences in immune compromised persons such as transplant patients or people living with advanced HIV. It can cause Cryptococcal meningitis after it spreads from the lungs to the brain and is responsible for the deaths of as many as 600,000 people per year.

Current therapies are often unsuccessful in totally clearing the infection and resistance to conventional therapies is developing. Conor’s project attempted to better understand C. neoformans biology, with a particular focus on its ‘glycan coat’ which is a critical factor in the virulence of the pathogen.

In an essay describing his research Dr Crawford wrote:

Reacting to the news of his selection as the winner, Dr Crawford said:

‘I am just delighted. I had been aware of the prize for a few years, and I felt it was a really good thing to aim for. I had seen some of the previous winner’s and was really impressed with their research, and with where their careers have taken them. So, for me to be considered in the same bracket as them is just amazing. It is really humbling to get this recognition from a prestigious institution like the Royal Irish Academy.’

Conor’s research was also featured in the RTE programme ‘10 things to know about vaccines’ in 2019.  He is currently a postdoctoral fellow in the group of Professor Peter Seeberger at the Max Planck Institute for Colloids and Interfaces in Potsdam, Germany, working on the automated synthesis of sugar molecules that are found in the marine biosphere. He also collaborates with colleagues working in the Max Planck Institute for Marine Microbiology to use these molecular tools to better understand the flow of carbon in the marine environment, helping the global transition to a green circular economy.

‘As always the standard of applications for this prize was extremely high. We read descriptions of some incredibly impressive research from chemists doing their doctoral research in institutions all around the island of Ireland and completing their PhDs whilst in the midst of a global pandemic.’

'We in Henkel Ireland are delighted to continue our association with the Kathleen Lonsdale RIA Chemistry Prize.  The Research environment in Ireland is very important to us and this is a meaningful way to give support and encouragement to young researchers.’

Each year the Physical, Chemical and Mathematical Sciences Committee of the RIA selects a winner for a young chemistry prize, which is generously sponsored by Henkel. The prize (previously known as the Young Chemist Prize), is given for the most outstanding Irish PhD thesis in the general area of the chemical sciences as described in a 1000 word essay. The prize, kindly sponsored by Henkel, includes an award of €2,000. The winner is also nominated by the Royal Irish Academy to go forward for the IUPAC-SOLVAY International Award for Young Chemists. Find out more 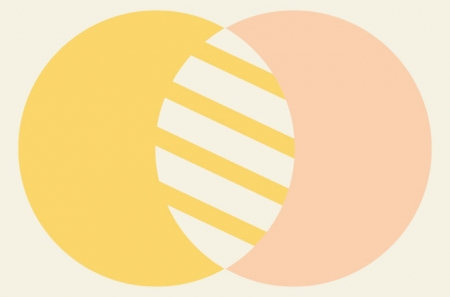 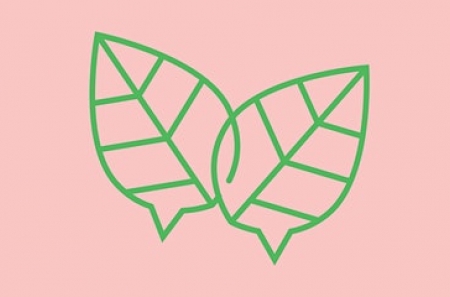