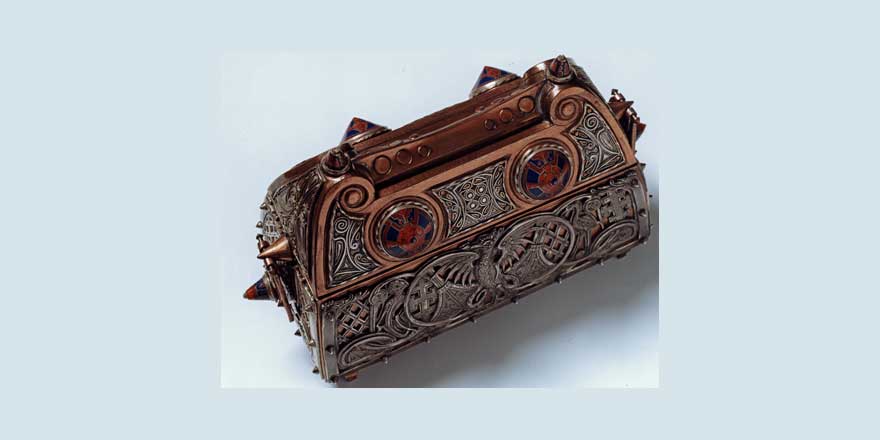 The Senate Casket returns from its travels …

The casket, commissioned in 1924 by historian and senator, Alice Stopford Green, as a gift to the first Senate of the Irish Free State, has come home to the Academy Library in Dawson Street, following a 4-month show ‘The Arts and Crafts Movement: making it Irish’ at the McMullen Museum of Art, Boston College http://www.bc.edu/sites/artmuseum/exhibitions/mii/

Considered a masterpiece of metalworking in the Arts and Crafts style, the casket’s maker and designer, Mia Cranwill, made some interesting observations in relation to the design and the significance of the figures portrayed on the panels of the Gallarus Oratory-inspired casket https://www.ria.ie/senate-casket