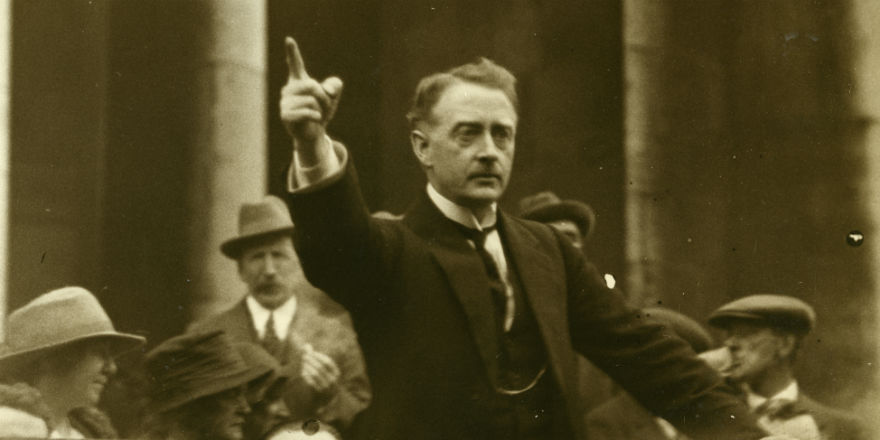 In collaboration with UCD Archives the W. T. Cosgrave Papers have been fully catalogued and digitised. This collection is now open.

Court-martialled on 4 May 1916 for his part in the Easter Rising, W.T. Cosgrave was sentenced to death by firing squad. Reprieved by the presiding officer, Brigadier General C.G. Blackader, Cosgrave’s sentence was commuted to penal servitude for life. William T.  Cosgrave, 1890 - 1965, went on to become President of the Executive Council of the Free State, guiding the new state forward and laying the foundations for economic development.

In December 2014, former Taoiseach, Mr. Liam Cosgrave, donated the papers of his late father to the Royal Irish Academy. The Academy Library is delighted to announce that the collection is now available to readers. A collaboration with UCD Archives enabled the arrangement, cataloguing and digitisation of the collection, with digital records now being available at UCD and the Academy.

For more information on the Cosgrave Papers click here.