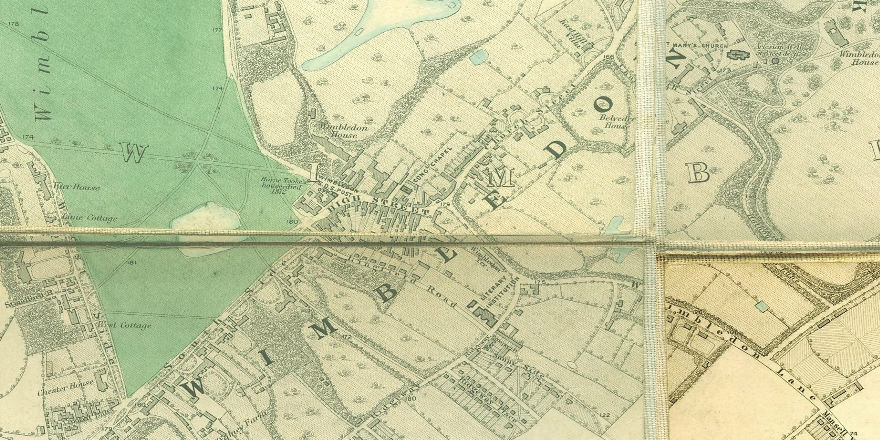 Wimbledon in the Dictionary of Irish Biography

Vere Thomas St Leger Goold (1853–1909) reached the 1879 mens final at Wimbledon, he remains the only Wimbledon finalist convicted of murder.

Goold participated in the first ever international lawn tennis match in 1881, teaming up with W. H. Darby to defeat H. F. Lawford and A. J. Mulholland in an unofficial Irish–English international. A prominent member of Fitzwilliam LTC, Goold was later found guilty of murder and dispatched to Devil's Island, French Guiana, where he died. Read his Dictionary of Irish Biography (DIB) entry, by Tom Higgins, below.

Harold Sigerson Mahony (1867–1905) “tall, slim, and neatly moustached, with easy manner and dark good looks” reached the semi-finals or finals in eight of the twelve Wimbledon competitions he entered (1891–1903). In 1891 Joshua Pim defeated him in three sets in one of the semi-finals of the Wimbledon men's singles and again in 1893 final to capture the mens title. Together they lost the 1892 mens doubles final over five sets. With Chattie Cooper, Mahony won the mixed doubles five consecutive times from 1892. Joshua Pim (1869–1942) retained the mens singles title in 1894 and two mens doubles titles (1890 and 1893). Pim played (1902) “under the name ‘Mr X’ for the British Davis Cup team, but lost both his matches at Brooklyn, New York”. Both Pim and Mahony were members of Fitzwilliam LTC. Lena Rice (1866–1907) won the 1890 Wimbledon women’s singles title. Entries on all four can be found in the Dictionary of Irish Biography.

Waterford was one of the earliest regions to hold competitive lawn tennis events. Goold obviously took to the game, and was often known as ‘Vere St Leger’ when playing incognito. In 1878 he travelled to Limerick to play in the open lawn tennis championships. He duly won the singles title. St Leger's name is written in history as the first winner of the Irish Open. In those inaugural Irish championships, held in 1879 at his home club, Fitzwilliam Lawn Tennis Club, he beat C. D. Barry (also Irish) 8–6, 8–6 in the final of the men's singles. The first prize was valued at £20, a considerable amount at the time. A total of fifteen players entered in the singles that year. On his way to the title Goold beat E. Noble (6–1, 6–1), L. M'Donnell (6–1, 6–1), and J. J. Cairns (6–3, 6–4). He was known to have a splendid backhand and was expected to win the Wimbledon championships a few weeks later. He did reach the final, beating F. Durant (6–1, 6–2, 6–3), J. D. Vans Agnew (6–2, 6–3, 6–1), A. J. Mulholland (6–4, 2–6, 6–1, 6–4), and G. E. Tabor (6–2, 6–5, 5–6, 6–3) on the way. In the final he was beaten by the Rev. John Thorneycroft Hartley, 6–4, 6–2, 6–2. Hartley had not expected to reach the final and had to return to Yorkshire after his semi-final to give his church sermon. On Monday 15 July, after a train journey and a rushed horse-and-carriage ride, he arrived just in time for the final. About 1,100 spectators watched this match, the first and last appearance of Vere St Leger Goold at ‘The Championships’. He did not leave empty-handed – in a play-off for second prize, he beat C. F. Parr 4–6, 6–2, 5–6, 6–4, 6–4. Later Hartley wrote about his opponent: ‘He was a cheery wild Irishman, Irish champion, and a very pretty player. I think he volleyed more than most of us that year; but there was some weakness I suppose in his play, as being fit and well after a night's rest, I won three sets off’ (quoted in A. W. Mears, Fifty years of Wimbledon: the story of the lawn tennis championships(1926)).

Back in Dublin, Goold was a prominent member of the Fitzwilliam club and was involved in handicapping as well as in the purchasing of equipment. The club colours had been chocolate and blue, but in deference to Goold's play and that of Ernest de Sylly Hami Browne, the new colours of chocolate and maize became affectionately known as ‘Browne and Goold’. The wearing of cap, tie, and waist scarf in the Club was at first compulsory. J. J. Treacy was to write (1927) that ‘such discipline could hardly be enforced nowadays’. Goold acted on the committee that ran the championships in 1879 and 1880. According to O'Connor, ‘He was the bright spark of Fitzwilliam in this period. In the minutes his name constantly comes up. “Mr Goold was selected to handicap.” “Mr Goold reported that he had ordered four nets from Messrs Caylers at £1 each and they had promised to present one net to the club”’ (Fitzwilliam story, 5).

In his early days Goold was in the public service in Dublin as secretary of the municipal boundaries commission. This gave him plenty of time to play tennis. In October 1879 he returned to England to play in an open tournament at the Imperial Winter Gardens, Cheltenham. Play took place on outdoor asphalt and also on a covered court. William Renshaw came back from 4–1 down in the fifth set to beat Goold in the final, 6–4, 6–3, 5–6, 5–6, 6–4. Goold did play at Fitzwilliam LTC the following year, but illness prevented practice and he lost his Irish title to the same William Renshaw in three easy sets (6–1, 6–4, 6–3) in the challenge round. Renshaw was to win three Irish singles titles and seven Wimbledon singles titles between 1880 and 1889.

Goold continued to play till about 1883. His only noteworthy tennis win was in 1881. That year he and W. H. Darby defeated H. F. Lawford and A. J. Mulholland in an unofficial Irish–English international, the first match between two countries in the sport of lawn tennis. Ireland beat England two matches to one, all doubles. The English pair was highly rated. It was thought that Mulholland, one of two tennis-playing brothers, was from Co. Down, but lived in England. Between 1880 and 1888 Lawford was in six Wimbledon finals, beating Ernest Renshaw in 1887. Lawford also won the Irish Open three times (1884, 1885, 1886) and the Irish Open Men's doubles title, with Mulholland, in 1880.

Goold later moved to London, where he met a Frenchwoman, Marie Violet (née Girodin). By the time she met the Irishman in 1886 she had already been widowed twice, had sold her jewellery, and was a court dressmaker. They married (22 August 1891) at St Mary of the Angels, Paddington. Both were 38 at the time. They emigrated to Canada for a few years and then returned to London in 1903. After losing money in a laundry business they moved to Monte Carlo to try their luck on the gaming tables. On Tuesday 6 August 1907 the 5.38 a.m. train from Monte Carlo arrived at Marseilles. A porter noticed an unusual smell coming from a trunk and large handbag, deposited by the Goolds with instructions to be forwarded to London. The full story is told in Alan Little's St Leger Goold: a tale of two courts. When a dismembered body of a lady was found, both were arrested.

The trial commenced on 2 December and lasted for three days. Among the thirty witnesses was Mlle Isobella Girodin, a niece of Mrs Goold. She indicated that Goold often drank and quarrelled with his wife. The murdered woman, Emma Liven, a Dane, had been visiting the Goold's flat to reclaim a loan, when she was struck during a furious argument. Goold was sent to Devil's Island, French Guiana, on 19 July 1908 and died a year later on 8 September 1909. His wife was imprisoned in Montpellier and died in 1914. Vere Thomas St Leger Goold might be remembered as the first winner of the Irish Open at the age of 25, but exactly thirty years later he was to die ignominiously. He will also be remembered as the only Wimbledon finalist convicted of murder.