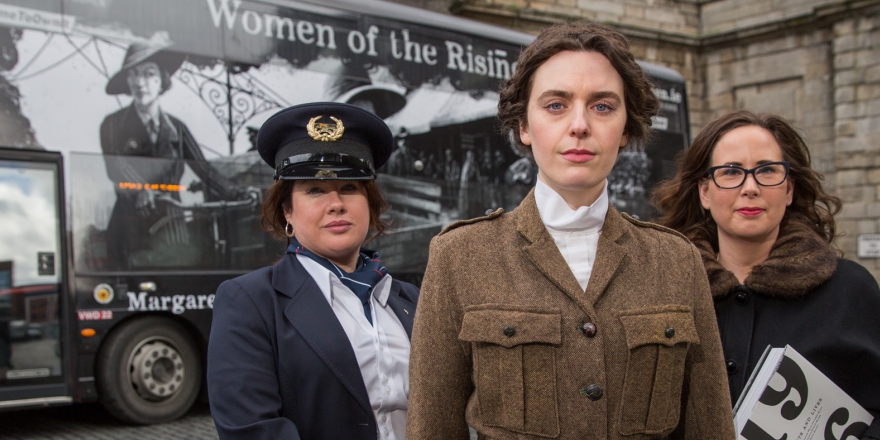 ‘Women of the Rising’ campaign launched on International Women’s Day

On 8 March the Royal Irish Academy, in partnership with Bus Éireann, launched a campaign to commemorate some of the women of the 1916 Rising, to coincide with International Women’s Day 2016.

The project features a double-decker commuter bus displaying the portraits of six women who played important roles during the Rising, namely Kathleen Lynn, Countess Markievicz, Helena Molony, Elizabeth O’Farrell, Mary Perolz and Margaret Skinnider. The ‘Women of the Rising’ bus will cover the 103 Dublin to Ashbourne route, while 650 more buses nationwide will feature posters illustrating the women’s stories. Posters will be also displayed in travel centres and on bus shelters around the country.

The portraits of these six women were produced by artist David Rooney and were originally commissioned by the Royal Irish Academy and the OPW for the Academy’s recent publication 1916 Portraits and Lives.