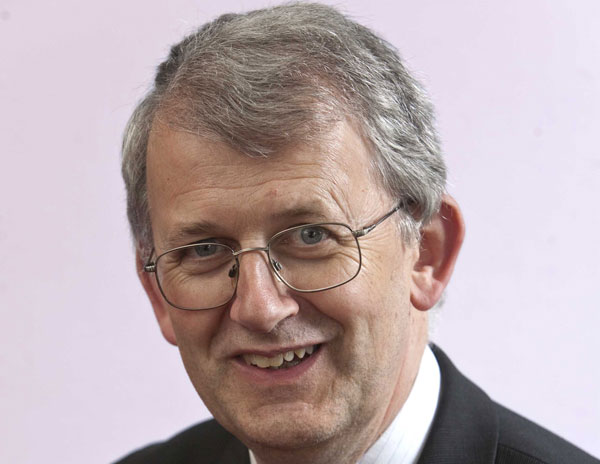 Eoin O’Reilly MRIA is a Professor of Physics in University College Cork. In his list of over 250 publications includes seven book chapters, several major review papers, articles for Physics World, and papers on undergraduate laboratory experiments.. He is a Fellow of the Institute of Physics (FInstP) and of the Institution of Engineering and Technology (FIET). He is a member of the editorial Board of Semiconductor Science and Technology.

Looking back at the Berlin Open Access Declaration, I am struck by how much the world of scientific publishing has changed in the last ten years. When my application to move to Tyndall National Institute was being evaluated in 2001, Science Foundation Ireland paid an international research organisation to carry out a bibliometric analysis of my research output. In September 2001, when I had started in Tyndall, I discovered that Tyndall/University College Cork had no institutional subscription to many of the key journals that I needed for my research. In fact, I joined the American Physical Society and the Institute of Electrical and Electronics Engineers (IEEE) to gain access to key journals such as Physical Review Letters and the IEEE Journal of Quantum Electronics. When I published articles in any of these journals, I took it for granted that the only people who would read my papers were those who had subscriptions (legal or otherwise) to the same journals.

It was only in the summer of 2004, nearly a year after the Berlin declaration, that the Irish Research eLibrary (IReL) was launched, giving online access to a wide range of key research journals. Still, the impact of my research was largely a private matter, at least until November 2005 when J.E. Hirsh published his transformational paper ‘An index to quantify an individual's scientific research output’. Now, all of my students and postdoctoral researchers take the IReL facilities for granted. They also assume—correctly—that the most recent papers they need can be found in some open-source format. And they are very keen to ensure that the (measurable) impact of their work stands out above that of the other 2 million research articles published each year. Many of the goals of the Berlin declaration have clearly been achieved. We are all now in a much better position to access the critical information that we need to undertake our research.

A key value of the declaration is that it recognised and highlighted some of the major challenges which open access brings for authors, for the journals in which they publish and for the wider scientific community. There are daily debates both online and in print as to how newspapers can survive or thrive with the growth of the Internet. The same is clearly true—perhaps more so—for scientific publication. How will established—and new—journals evolve as online content becomes dominant, and print copies become redundant? The bridge to online open-access publication was clearly crossed some time ago.

What are the major challenges and will stakeholders truly be able to shape the future landscape? This topic was discussed in a one-day workshop hosted by the Royal Society in London earlier this year that involved several key stakeholders, including researchers, funding agencies and the major UK academic publishers. The main thrust of the workshop was that change is in motion, but the future landscape is impossible to predict.

Perhaps the greatest challenge is the increasing pressure faced by publishers in a fast-changing environment. Overall, publishers have been adapting well to the requirements of open access, with most now offering a mixed economy, including both direct, so-called gold open access, paid for by the authors, and indirect, green open access, where authors can upload a next-to-final version of the paper to an online repository. Publishers are facing both commercial and quality pressures. In scientific journals, the definition of ‘quality’ is probably narrowing. With ‘everything’ measurable on the Internet, the impact factor of a journal is paramount. This has some very positive aspects—it should for instance reduce the pressure to publish low-impact MPUs (minimum publishable units). However, more and more, the quality of a journal and its future viability are measured primarily by its impact factor. This has many consequences, including for instance editorial policies, which may chase today’s high-impact fields at the expense of otherwise important but less trendy areas.

Authors also face challenges, including the likely final balance between gold and green open access—whose gold will pay for fully open access publications? The most likely answer is our individual research grants, rather than the institutions which currently pay the library subscriptions for paper and online journal access.

All stakeholders face challenges in the move to open access. However, when I look back 10 years, researchers now benefit strongly from much better access to the information they require, and potentially much wider promulgation of their own research output. We may not yet know the future landscape but it is in all our interests to ensure sustainable solutions to the challenges ahead.