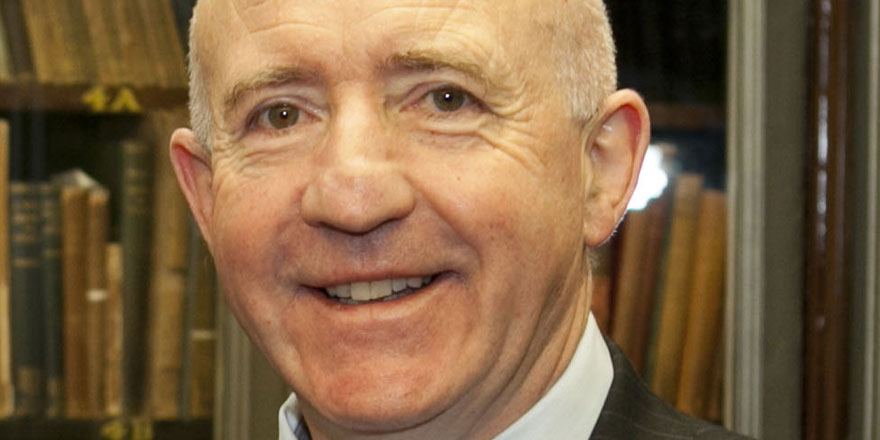 Dermot Moran holds the Professorship of Philosophy (Metaphysics and Logic) at University College Dublin since 1989. Professor Moran was awarded the Royal Irish Academy Gold Medal in the Humanities in 2012. He is Founding Editor of The International Journal of Philosophical Studies (established 1993) and Co-Editor of the Contributions to Phenomenology book series (Springer). He was elected President of the International Federation of Philosophical Societies (FISP) in August 2013.

Before commenting on open access, I want to make some brief remarks about e-publishing in general. The move by academic journals and book publishers to electronic publishing has been beneficial in many respects. Material can now be conveniently accessed on many platforms and the traditional problems of material storage have been eliminated. Furthermore, e-publishers more or less guarantee that the publication will not go out of print. Similarly, print-on-demand arrangements mean that books can be printed at the time of purchase. This is a good thing and diversifies our access to academic research. On the other hand, the explosion of electronic publishing, and especially the introduction of electronic submission to journals, means that much more material is being submitted for consideration. Although this might appear at first sight to be a good thing, the pressure on graduate students to enhance their CVs with publications means that all kinds of term essays, first drafts and immature material are being submitted. This marked increase in submitted material (much of which would never have been published by traditional journals and academic presses) has led to a parallel increase in publishing outsets, many of which claim to be open access. Let me now turn to open access publishing.

Unfortunately, the concept of ‘open access’ is not well defined in publishing; indeed, publishers offer different meanings for the term and a suite of different levels of supposed ‘openness’. One can look, for instance, at the policies of Taylor & Francis (Routledge) and of Springer. Taylor & Francis, for instance, offers what it calls ‘the gold open access route, in which the author or their funder pays an article publishing charge and the article is made freely available online upon publication’ (seewww.tandfonline.com/page/openaccess) and a ‘green’ open access route where ‘an article is deposited to a disciplinary or institutional repository’. This latter kind of open access allows readers to access the publication not in the journal itself but rather in a library repository operated by the academic’s home institution. Springer similarly offers different levels of access, with its ‘open choice’ option allowing for access by the public to the journal or book article (see http://www.springer.com/open+access?SGWID=0-169302-0-0-0). The common feature among publishers is that for the scholarly journal article, chapter or book to be completely open access from the point of view of the reading public, then it must be paid for upfront by the author. The author’s contribution is not inconsiderable—around €2,500 to €3,000 per journal article—in order to ‘buy’ open access for their own publication. This is clearly beyond the means of most arts and humanities scholars. Moreover, in the past, research grants in the arts and humanities did not even envisage covering this cost, nor did institutions. I have just checked in my own school asking what the chances were of it paying €3,000 per article to guarantee open access. You can imagine the response. In the sciences, on the other hand, there is a longer tradition of the authors or institutions ‘paying’ for publications in Nature, Science and so on—usually at a per page rate. True open access in the humanities, then, is not a real option. The preferred new option is the use of university library repositories. This requires a degree of preparation and an overall familiarity among authors with the terms of their publishing contracts. Indeed, most arts and humanities authors are so keen to get published that they never read their publishing contracts never mind querying them. So, if one good thing comes from the open-access movement, it may be that authors seek to reclaim ownership of their own intellectual property. Philosophers have become exercised about their intellectual property and this has led to a campaign for academics to abandon traditional scholarly publication altogether in favour of direct publication of their work on the web. This of course can be very good for a well-established academic whose name is already well known among his or her peers and whose views are sought after. However for the unknown early career researcher putting their material up on Academia.edu or one of the other hosting sites will have little benefit apart from the occasional visitor to their site. One way of disseminating their work that philosophers have used is to put up a typescript copy of their paper—sometimes prior to submitting it to a journal—and invite comments. This is a kind of open peer reviewing and acts to strengthen the final paper that gets submitted. Again, this was popular in the sciences and in technical disciplines before it was taken up by arts and humanities scholars. There are some dangers. Work posted on the web can easily be plagiarised for instance. But this is no worse than what is happening with traditional books and journals, which are being ‘published’ on the Net (often from Russian or Asian sites) in flagrant violation of copyright.

Another more unfortunate effect of open access is that a lot of relatively bogus journals—literally thousands—have sprung up to take advantage of the fact that the authors will pay for publication in their journals. I am now bombarded daily with requests to submit to journals that often have names that closely resemble those of the older more-established journals but where, despite the presence of impressive editorial boards, there is little real screening or peer reviewing of submissions.

So overall, open-access publishing has opened up a Pandora’s box. It is still too early to say if the movement will take hold. I suspect that publishers will start to lock in their content behind paywalls more or less as the newspapers, for example the New York Times, have been forced to do to protect their revenues. The one major benefit is that academic authors may finally begin reading—and querying—their contracts, and may become more informed about the options available to make their work more accessible.