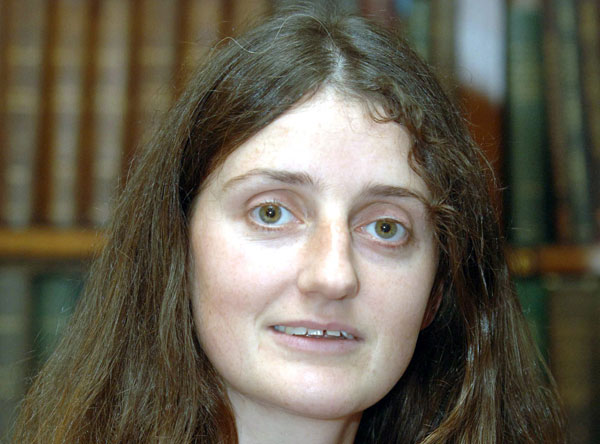 Ruth Hegarty is Managing Editor of the Royal Irish Academy’s publishing house. She holds degrees in English from Trinity and UCD. She established the Prism imprint of the RIA which aims to produce beautiful books encouraging readers to return to the primary source, always accompanied by engaging scholarly commentary. Books include Judging Dev, Dublin 1911 and A history of Ireland in 100 objects.

I have recently joined the board of Publishing Ireland, a trade association for Irish publishers. On 29 October last, I facilitated a discussion between some of the Irish academic publishers on marketing and distribution to see if there were ways we could collaborate. One of the people who came to the discussion worked in the trade (publishing books for the general market) rather than the academic market. He was shocked by the figures being mentioned for print runs for academic books, and questioned the viability of the market.

There was an unintended effect on the academic monograph market when journals started becoming more expensive. The increase in journal subscription fees meant that demand dropped for monographs because the libraries’ budgets were squeezed. Average print runs for monographs dropped from 3,000 copies in the 1970s to 300–500 in 2013. Printing fewer books meant higher prices for each copy sold. While selling fewer copies meant that publishers often sought subventions to offset the risk of publication and tried to publish more titles, spending less time on each. If 300 copies of a book are sold, even through libraries, how many times are they read? How wide an audience is a substantial chunk of someone’s life’s work really reaching?

I think a decision to e-publish using the open-access model could make publication of monographs more accessible to smaller publishers and learned societies and encourage people to take risks. In journal production, the ongoing costs of a journal mean that having hundreds of journals grouped together will reduce production costs. I think some academies or learned societies which publish a single journal will go this route rather than move to open access by themselves. Sustainable subventions for journals are more difficult to secure than for monographs, in my experience. We have already had an approach from one journal which is unable to adapt to the new model.

On the other hand, the RIA is receiving an increasing number of proposals for monographs. At the moment, we can’t take on all the books worthy of publication because we can’t make it work without a substantial subvention.

In 2011, the Royal Irish Academy published The Origins of the Irish Constitution 1928–41by Gerard Hogan, a book using archival sources to trace the drafting of the 1937 constitution. When it was published, I decided to make it available online for free for a period. The reason we did that was because the research phase had been primarily publicly funded with the author volunteering his time and a funded research assistant.

The book was topical as the establishment of the Constitutional Convention was in the news. In the two-week period that we made it available for free we had over 3,000 downloads of the book. I had published 650 hard copies of the book. It sold out in eight months. I had clearly underestimated the print run. I now have back orders of about 100 copies of the book and am selling it electronically to ensure it’s available. It should be reprinted but I would have to make the book €150 to make it viable and the high print costs make it too risky. I sold it originally for €50, an accessible price and a subvented price reflecting the public funding we had received for the project.
I now think that if I were to plan to publish it on open access from the inception of the project it would give more freedom to me as the publishing editor to collaborate with schools on projects relating to the constitution, to encourage course adoption and to market the book. This book will still be valuable and cited in 100 years. An embargo period is not very relevant for a book of this nature. As a publisher, either you can afford to make it available more or less immediately and do so, or you can’t and don’t.

Making the monograph available in single chapters makes it more likely that it will reach more readers as the book can be parsed and connected to other relevant content in more digestible chunks. Chapters can be assigned for coursework and read on your phone. A book published in Ireland can reach the world more easily.

The commercial publisher Palgrave has established the possibility of publishing a standard monograph (80,000 words) via open access—costing the author or the funding agency €13,000. Knowing the costs of peer review, editing, indexing and online platforms, in my view, this is a bargain and should be taken into account in any research-grant funding. I think we should do this too, if the appetite is there from those who commission research.

For many of the Academy’s research projects, and for collaborations that we undertake, we, or Irish universities invest tens or hundreds of thousands of euro in the preparation, research and writing of the material, and for the lack of a far smaller amount, we either publish ourselves in a low print run or publish with a commercial partner that also prints in ever-decreasing numbers. Better planning at the outset of a project for full funding of the publication would allow for full open access to the research. I believe that it would not immediately have an impact on print sales, and the print copies may well become unnecessary if prestige is built online.

There are risks that I can see with this form of publishing, particularly for an organisation like the Academy as distinct from a commercial publisher, where the focus tends to be on the production and publication of the research, rather than the dissemination. If we needed to reduce our costs at any time in the future, the marketing and dissemination costs might well be compromised first. This would mean it would be similar to publishing a few copies and placing them unopened on library shelves without cataloguing. These publications would be possible to find, but difficult. The discoverability of the work is an essential responsibility of the publisher, which cannot be forgotten in the move online.

If we are to move to publishing online and use principles similar to those of the coding community, allowing others to ‘fork’ our work; copy it and build on it to make it their own, then the measures of success and prestige for academics will have to change. But they will.