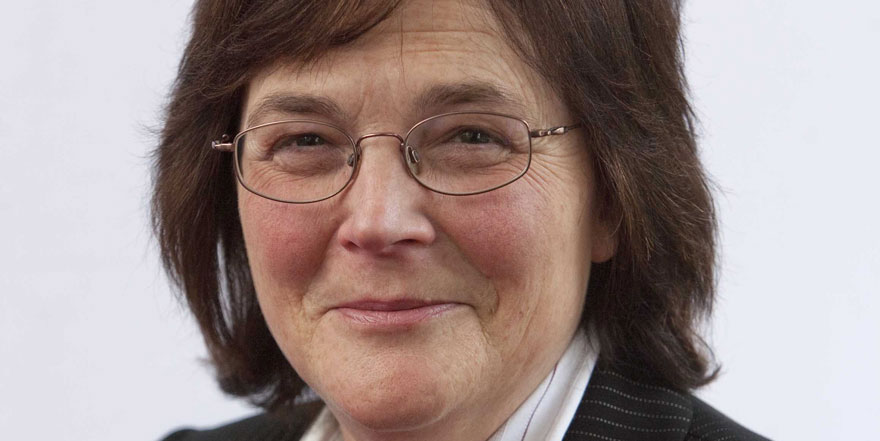 Jane Grimson was the first woman to graduate in engineering from the University of Dublin, Trinity College. She holds a Masters and Doctorate in Computer Science from the Universities of Toronto and Edinburgh, respectively. She returned to Trinity College as a lecturer in 1980 where she subsequently served as Dean of Engineering and Systems Sciences, Pro-Dean of Research and Vice-Provost. She is a Past President of the Institution of Engineers of Ireland (now Engineers Ireland) and of the Irish Academy of Engineering and is a Fellow of the Royal Irish Academy and of the Royal Academy of Engineering.

“It has been a strange perversion of women’s sphere—to make them work at producing the implements of war and destruction, and to deny them the privilege of fashioning munitions of peace...women are merely told to go back to doing what they were doing before” (Scaife 2000: 462).

So said Katherine Parsons, wife of Charles Parsons (the inventor of the steam turbine), at the end of the First World War. While women today may not be prevented actively from pursuing careers in engineering, the statistics are depressing with women comprising just 9% of the members of Engineers Ireland, the professional body representing engineers in Ireland.

However, why is it important to increase the participation of women in engineering? ‘Fashioning the munitions of peace’ is exactly what modern engineering is all about—developing creative and sustainable solutions for many of the toughest problems of today’s complex and interconnected world. Addressing global challenges such as climate change, energy resources, security and health requires the knowledge and skills of the brightest and best, from many different disciplines, to be brought together. Furthermore, there is a considerable body of evidence to show that gender-balanced teams are more innovative and creative.

While overall, female undergraduates in Irish universities outnumber men (55% to 45%), only 13% of new entrants to engineering programmes in 2011/12 were women. Girls with Higher Level mathematics in the Leaving Certificate, a prerequisite for most engineering programmes, are proportionately less likely than boys with the same performance level to enter mathematically oriented programmes such as engineering.

Given that there is a world shortage of engineers and that the largest pool of untapped talent is to be found among girls, the obvious place to start is to increase the participation of women in engineering careers. In Ireland, as elsewhere, there have been some initiatives to address this but it has proved to be difficult to affect a sustained increase in overall participation in engineering. However, it is not simply a matter of increasing the numbers of women pursuing engineering qualifications; we must also improve their retention and progression within the field. The loss of women from the career ladder, often referred to as the ‘leaky pipeline’, is very apparent in many professions, including higher education. Universities are viewed as liberal, meritocratic institutions united in a commitment to academic excellence, yet the political arithmetic of gender tells a different story. In 2011/12 women constituted 43% of the academic staff in Irish universities, but only 19% of the full professors. Moreover, it is not just a matter of time before women ‘catch up’ with their male colleagues. Research from a number of countries has shown a strong correlation between shareholder returns and the proportion of women in the higher executive echelons of business. Of course this does not establish a causal relationship but it does suggest that a corporate culture which fosters women’s careers can also foster profitability. It is hard to believe that the impact of more women in leadership positions in academia would not have a similarly positive impact. Furthermore, such women would be important role models for students and young women starting on the career ladder, which is particularly important in disciplines such as engineering in which they are significantly under-represented.

With fewer numbers entering the ‘pipeline’, the implications of the disproportionate loss of female talent is even more significant. However, addressing the issue is not a simple process. A comprehensive, coordinated set of actions is required (gender mainstreaming), which recognises that organisations and institutions are not gender neutral and tend to favour one gender over the other in a variety of subtle and often invisible ways. Gender mainstreaming recognises and values the differences between men and women, and puts the focus firmly on the organisation as a whole with all of its structures, values, customs, policies and practices.

In some countries, aspects of funding are dependent on institutions demonstrating not just a commitment to, but also actual evidence of, addressing gender imbalance, such as through the Athena Swan programme in the United Kingdom. This programme is aimed at advancing women’s careers in science, technology, engineering and mathematics employment in higher education and research, and comprises a series of awards (bronze, silver and gold) to universities/departments. It is encouraging to note that the Higher Education Authority has agreed to sponsor the extension of the Athena Swan awards from the UK to the Irish higher-education sector.

We need programmes targeted at encouraging more girls to use their mathematical talents to pursue engineering programmes at third level but we also need to transform the working environment to make it better for everyone. It will not just be women who will benefit.

In November 2014 to coincide with Science Week the Academy and Silicon Republic collaborated to produce an opinion series authored by selected members of the Academy around the topic of STEM Education, particularly focusing on primary and post primary level.

Authors outlined their respective opinions on the current practices and future initiatives that may advance STEM Education in Ireland. The views and opinions expressed by the authors were their own and did not reflect, the position of the Academy, but were simply an illustration of the various opinions reflective of the diverse Academy membership.

This article was originally published on Silicon Republic.

This work is licensed under a Creative Commons Attribution 3.0 Unported License.