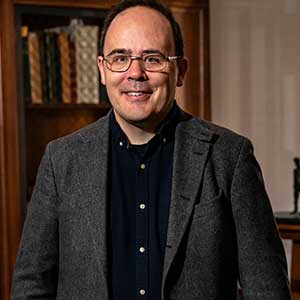 Professor of Drama and Theatre Studies University of Galway

Patrick Lonergan is Professor of Drama and Theatre Studies at the University of Galway and a member of the Royal Irish Academy.

He has edited or written eleven books on Irish drama and theatre, including Theatre and Globalization (winner of the 2008 Theatre Book Prize), The Theatre and Films of Martin McDonagh (Methuen Drama, 2012), Theatre and Social Media (2015) and Irish Drama and Theatre Since 1950 (Bloomsbury, 2019). At present, he is writing a book about  Irish Theatre and the Anthropocene; he is also completing research on Shakespearean performance histories in Ireland.

He is on the board of directors of the Galway International Arts Festival, and is an Editorial Associate of Contemporary Theatre Review. For Methuen Drama, he is co-editor of the ‘Critical Companions’ series which has published new books on such dramatists as Friel, Murphy, Pinter, Beckett, Churchill, Hwang, and Ruhl, and on topics including disability theatre, verse drama, and the British and American stage musical.

He has lectured widely on Irish drama internationally, including recently in Princeton, Florence, Florianapolis (Brazil), Wroclaw, Wurzburg, Seoul, and Tokyo. He was the 2019 Burns Visiting Fellow for Irish Studies at Boston College.